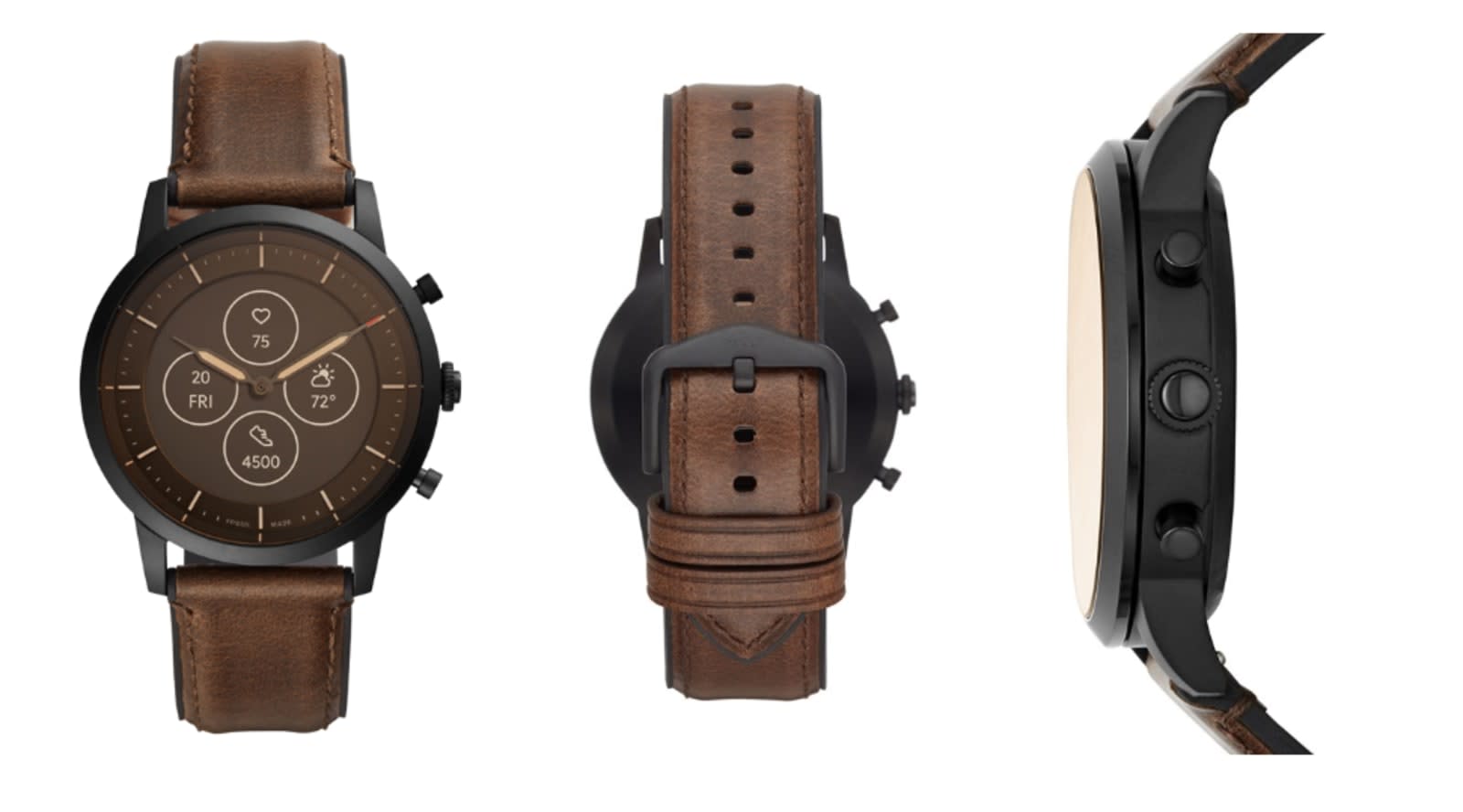 Back in January Google announced its plans to buy Fossil's smartwatch technology. Now, after a report by Wareable revealed that the deal involved the acquisition of the movements used in hybrid watches, we have our first clue as to what Google might be planning.

According to 9to5Google, several online listings have emerged showing the "Fossil Collider Hybrid Smartwatch HR" featuring an E Ink display, which suggests the watch might be running Wear OS. The images show measures for heart rate, weather, step count and date -- similar to those already found in Wear OS devices -- while some pictures reveal a fitness app not unlike Google Fit's Wear OS system.

There's been no confirmation from either Google or Fossil about the device, and whether it does in fact run Wear OS, but according to the listings (which emerged via Reddit) the watch will retail for around $225 with Android and iOS phone compatibility identical to Wear OS.

In this article: e ink, Fossil, gear, google, hybrid, movement, smartwatch, watch, Wear OS, wearables
All products recommended by Engadget are selected by our editorial team, independent of our parent company. Some of our stories include affiliate links. If you buy something through one of these links, we may earn an affiliate commission.