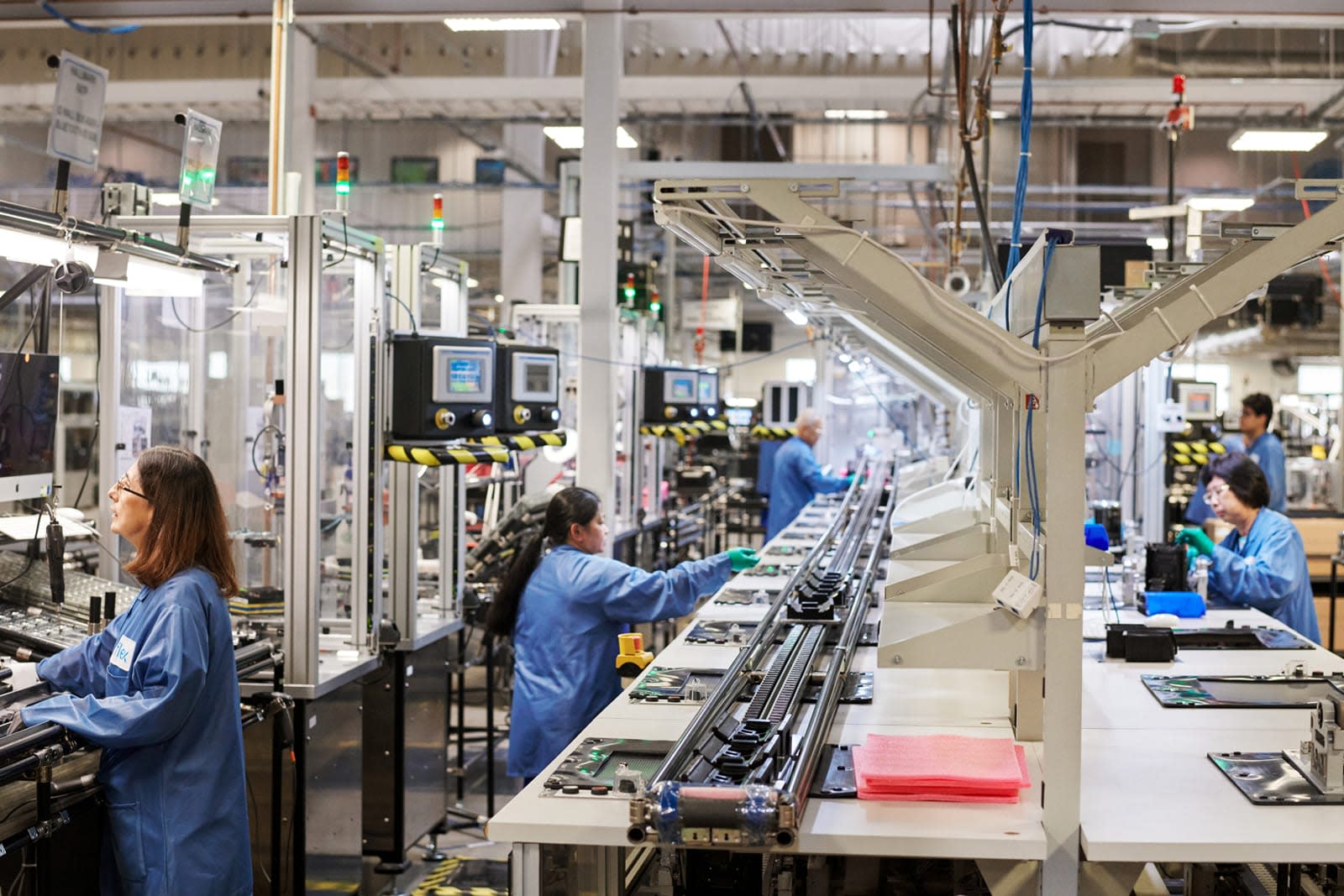 Apple hinted that it wanted to manufacture the redesigned Mac Pro in Texas, and now it's official. The company has confirmed that it'll assemble the workstation at the same Austin, Texas plant that has produced the cylindrical Mac Pro since 2013. The company isn't shy about the reason for the move: it's reportedly enabled by exemptions from Trump's China tariffs for "certain necessary components" in the system. Production starts "soon."

Apple had received 10 out of its 15 requested exemptions for components like partial circuit boards. While Apple has a network of US suppliers for its products, many of the parts for computers (and those of rivals) are still made in China -- the company wouldn't have seen much benefit from US assembly if it had to pay a premium for some of the Mac Pro's key ingredients.

CEO Tim Cook (who hinted at this possibility in July) touted this as part of Apple's existing commitment to American jobs, including its recent investment into Corning. However, it's not necessarily the coup it sounds like at first blush. Apple can produce the Mac Pro stateside due to both its low volume (few people will buy a $6,000 tower for home use) and the high levels of automation at the Austin plant. This won't lead to an abundance of new jobs, and it may still be more practical to make high-volume products like iPhones and MacBooks in China even if future tariffs cut into Apple's profit margins.

In this article: apple, computer, gear, mac pro, personal computing, personalcomputing, texas, workstation
All products recommended by Engadget are selected by our editorial team, independent of our parent company. Some of our stories include affiliate links. If you buy something through one of these links, we may earn an affiliate commission.