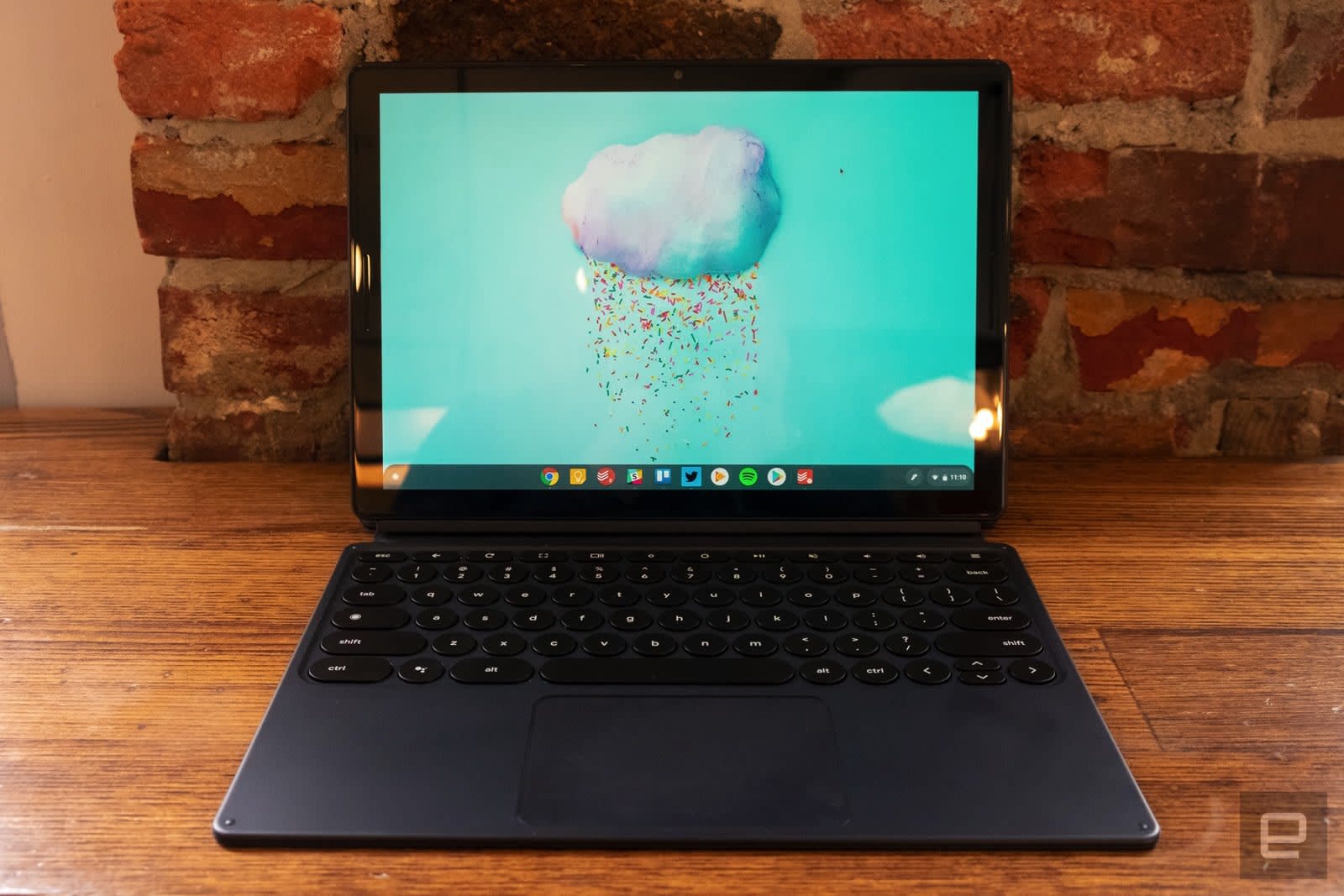 When we point our readers to deals here at Engadget, it's almost always for products we have personal experience with and would recommend based on that experience. This one is... a little different. Last fall, I reviewed Google's Pixel Slate and found it had excellent hardware with software that was lacking on a number of fronts. It was also far too expensive to recommend given those faults. But what if it cost just half of what Google was asking? I'd probably have a different take on things.

That brings me to today's heavily-caveated deal: Amazon and Google are both selling the Pixel Slate with an Intel m3 processor, 8GB RAM and 64GB of storage for $549. And that price includes the Pixel Slate keyboard folio, a separate but essential accessory that usually costs another $199. The bundle used to cost almost $1,000 at Google's store, although Google has been discounting it to various degrees since the summer. These deals come just a few weeks before Google's next hardware event where we'll almost surely see new Chrome OS hardware, so this is likely a case of getting rid of old product inventory.

But why, you ask, why would I recommend this product that did not fare very well in our review testing? Well, at this price, there are a number of scenarios when the Pixel Slate could be a useful device. First off, if you're looking to binge some Netflix, the Slate has a large and excellent quality screen and very good speakers. It's a pretty great movie-watching tablet, whether on the couch or on an airplane. More generally, you'll be hard-pressed to find a tablet with a screen this good for this price.

And since the keyboard is included, you can just use the Pixel Slate like any other Chrome OS laptop. The software was buggiest when using it as a tablet; the lack of good Android apps for the big screen and some Chrome OS tablet-mode bugs made it hard to use without a keyboard attached. But with the keyboard folio, the Slate was fast and multitasking with a bunch of Chrome apps and a handful of good Android apps worked well. The typing experience on the keyboard folio is pretty great, and the whole package is thin, light and well designed. The folio isn't the most stable for typing on your lap, but it's quite nice on a desk.

If it isn't clear already, I don't recommend this device to everyone. I think you'll want to have familiarity and experience with the good and bad sides of Chrome OS and how inconsistent the Android app experience is on the platform. Otherwise, you stand to be a bit befuddled by the device. But as a device for high-quality streaming video binges that also works well at a lot of general day-to-day computing tasks, the Pixel Slate will get the job done. It was near-impossible to recommend at $1,000 -- but for just over half that, it's worth a look.

Buy Google Pixel Slate on Amazon - $549
In this article: android, chrome, chrome os, engadgetdeals, gear, google, personal computing, personalcomputing, pixel slate, tablets, thebuyersguide
All products recommended by Engadget are selected by our editorial team, independent of our parent company. Some of our stories include affiliate links. If you buy something through one of these links, we may earn an affiliate commission.