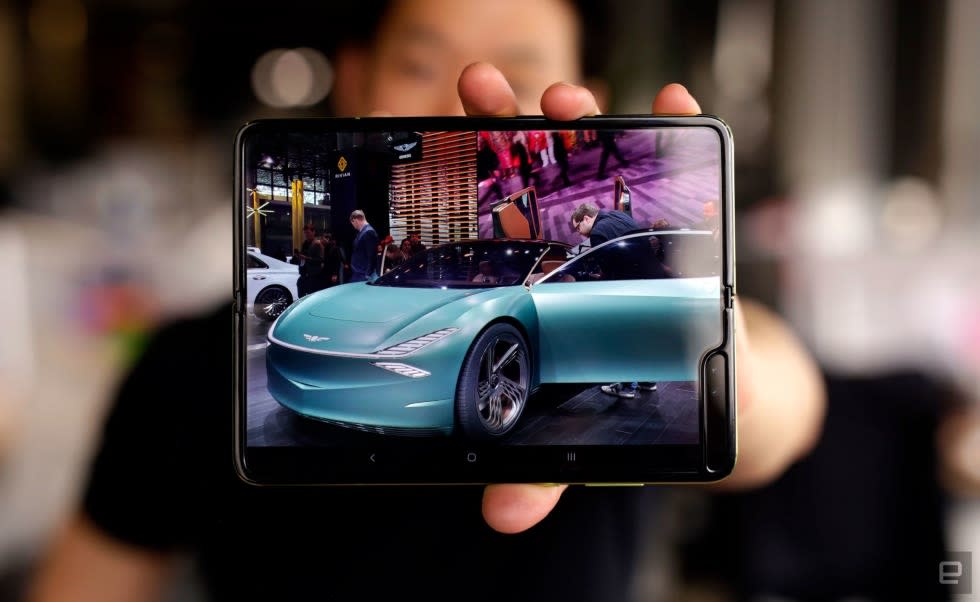 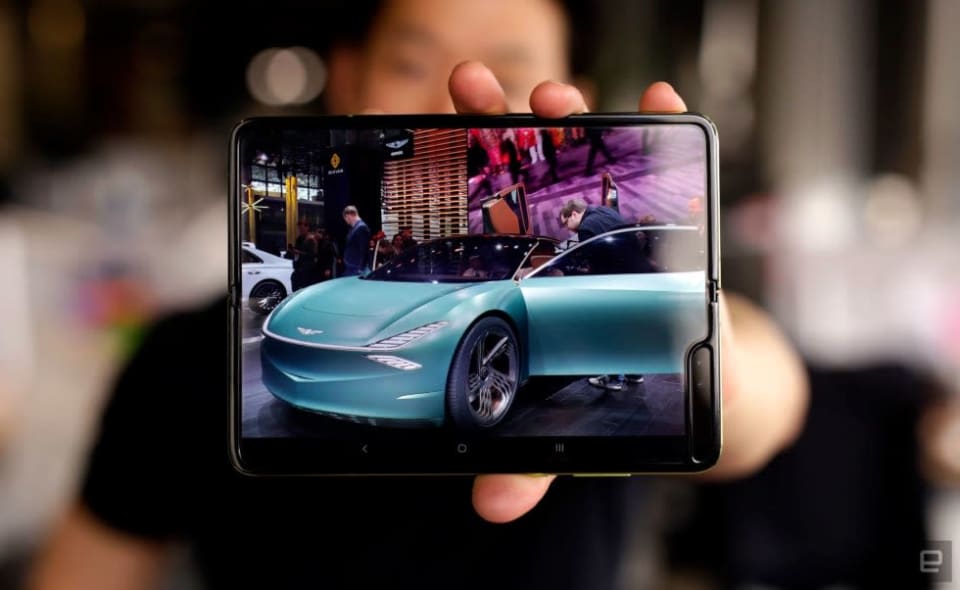 Well, would you look at that: The same day Samsung announced its official US Galaxy Fold launch, it also loaned us one of its updated devices for yet another round of testing. For the next week or so, I'll be digging into the changes Samsung made in this redesigned Fold and reviewing it (yes, again) with more of a focus on durability. Before we get to that, though, I want to know what you want to know.

After all, it's rare that a device this ambitious gets caught up in a fiasco before it even goes on sale, and big questions about usability and longevity still linger. Have thoughts already? Let us know down in the comments (where I'll be taking up residence for a while) or get at me on Twitter.

Now, I've had the new-ish Fold for less than a day, so I haven't drawn any nuanced conclusions yet. For the sake of guiding our conversations, though, and informing anyone who's this close to committing to a Fold, I think it's worth running through a few early observations:

It feels much better. Samsung made some obvious, practical changes in this updated model, including caps to fill worrisome gaps above and below the foldable screen, and a redesigned hinge that should prevent pocket schmutz from getting inside the phone. (That said, the new Fold still doesn't have an IP rating for water or dust resistance.) What was really noticeable right out of the box, though, was how much sturdier the Fold felt.

The main screen doesn't feel nearly as sponge-y as it used to, and the hinge does a much better job of locking the Fold's two halves in place. One of my favorite shots from our review video saw me rapidly opening and closing the Fold by gripping one side and sort of flicking it -- that doesn't happen nearly as easily now. Long story short, this is how the Galaxy Fold should've felt the first time around.

Jelly scrolling is still a thing. As I mentioned in our original review, the two sides of the Galaxy Fold's big screen don't move at the same speed when you're scrolling. It's a subtle discrepancy, sure, but it's one of those things you can never unsee after noticing it for the first time. Samsung's Fold redesign was focused on fixing some key physical oversights, so I can't say I'm surprised that some funky, fundamental screen behavior remains here. Still, I half-hoped that the issue wouldn't be as noticeable in later Fold production runs — guess that hope was misplaced.

Questionable Bluetooth? Every Galaxy Fold comes with a pair of Samsung's Galaxy Buds, and getting a $129 accessory for free helps sweeten the deal here a bit. I've run into some serious Bluetooth woes so far, though: While walking from a grocery store back to my apartment, the connection kept popping in and out, leading to long gaps where I wondered if my podcast would ever start playing again. These were locally stored files, and I was holding the Fold in my hand — it wasn't squirreled away in my backpack or anything. Whether this weirdness was thanks to the Buds, the Fold, the app or Android itself is hard to say, but I'll keep testing just in case.

Premier support is a work in progress. The Fold officially goes on sale in the US on Friday, so I have to imagine that's the big day its Fold-specific Premier support line goes live. Still, I couldn't help but call the number provided in the box and throw the support person a question about getting app continuity working. It took a little while, but she indeed found the answer I was hoping for. I can't help but feel Samsung missed an opportunity to highlight its promises of 24/7 support, though. Having a dedicated Support section in the device's settings, like Google does with its Pixels, would be much more helpful than providing a phone number on an easily lost slip of paper.

Oh, and one more thing. Samsung's Premier service includes a discounted rate of $149 (plus tax) if you bust your screen outside of the warranty. Thing is, that only applies if you bought your Galaxy Fold before December 31, 2019. It would be tempting to infer that limitation means Samsung doesn't plan to produce this version of the Fold indefinitely -- guess we'll have to wait and see.

Of course, that's all just the tip of the iceberg; there's still plenty of testing to be done here. Be sure to let us know what you want us to hone in on for part two of our Galaxy Fold review, coming soon.

In this article: foldable, foldables, galaxy fold, gear, impressions, mobile, preview, samsung, samsung galaxy fold
All products recommended by Engadget are selected by our editorial team, independent of our parent company. Some of our stories include affiliate links. If you buy something through one of these links, we may earn an affiliate commission.