Adding falsies have never been so easy.
Engadget|09.24.19
@engadget

This week, Reviews Editor Cherlynn Low takes a look at the latest in beauty tech trends with false eyelashes that attach to your lids with magnets. I love it when two of my favorite things -- in this case, beauty and tech -- come together to solve problems in my life. The beauty industry, in particular, has grown increasingly techy over the last few years and I've bought an embarrassing number of machines that claim to improve your complexion. But my most recent purchase isn't as high-tech as a smart mirror or a Clarisonic, and yet, it's the one that's impressed me the most.

I'm talking about a pair of magnetic eyelashes I bought from LashLiner. Now, if you're not someone who's tried false eyelashes, the revolutionary-ness of this system might not be obvious to you. Traditionally, to apply a false lash, you have to lay a line of white glue on it, wait for it to half dry, before gingerly placing it onto your eyelid. Then, you hold it in place while the glue dries. This is a messy process and good luck to you if you don't get it right the first time because that glue will also destroy your eye makeup.

Now there are better applicators, individual lashes instead of strips, growth serums and eyelash extensions. But they still relied on sticky, messy glue, or were too expensive to keep up in the long run. I used to get extensions done before a big event (like CES or MWC, for example), and each session would cost me about $120 ($70 if I found a good deal on Groupon). I'd have beautiful, natural-looking lashes for about two weeks before they started falling out -- often into my eyes and irritating the crap out of them. 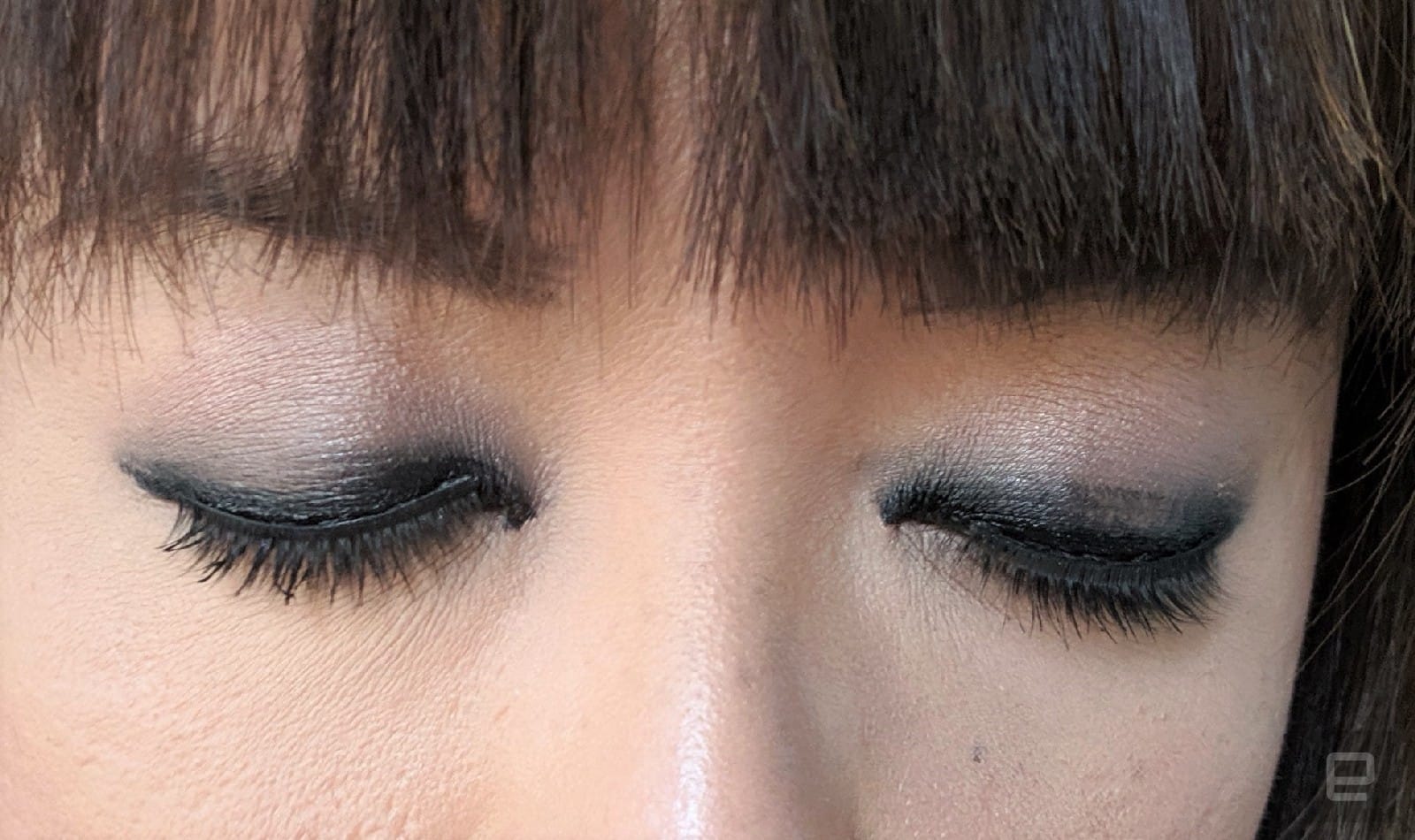 So when I first discovered magnetic eyelashes, I was drawn to them. The convenience and relatively simple application seemed so appealing. Early magnetic lashes consisted of two sets of lashes per eye, with magnets on the top and bottom. You'd sandwich your own hairs in between them. It sounds easy and compelling in theory. In real life though, not only did they not fit my Asian eyes very well or look natural, they also didn't stay on.

Then I saw an ad for the LashLiner (or a competitor that I can't recall at the moment) system. It uses magnetic eyeliner to provide a base for the eyelashes to attach to. Since you draw this eyeliner onto your eyelid, it can match any eye shape.

I was slightly skeptical at first, but after my first application, I was hooked. It was like a traditional glue-based set of falsies except without the mess -- they were insanely easy to attach. That is, so long as I waited a bit for the eyeliner to dry before attaching the lashes, otherwise they didn't stick very well. After I wore them to work for a video shoot one day, I peeled them off for a less-dramatic look. Again, it was fuss-free. 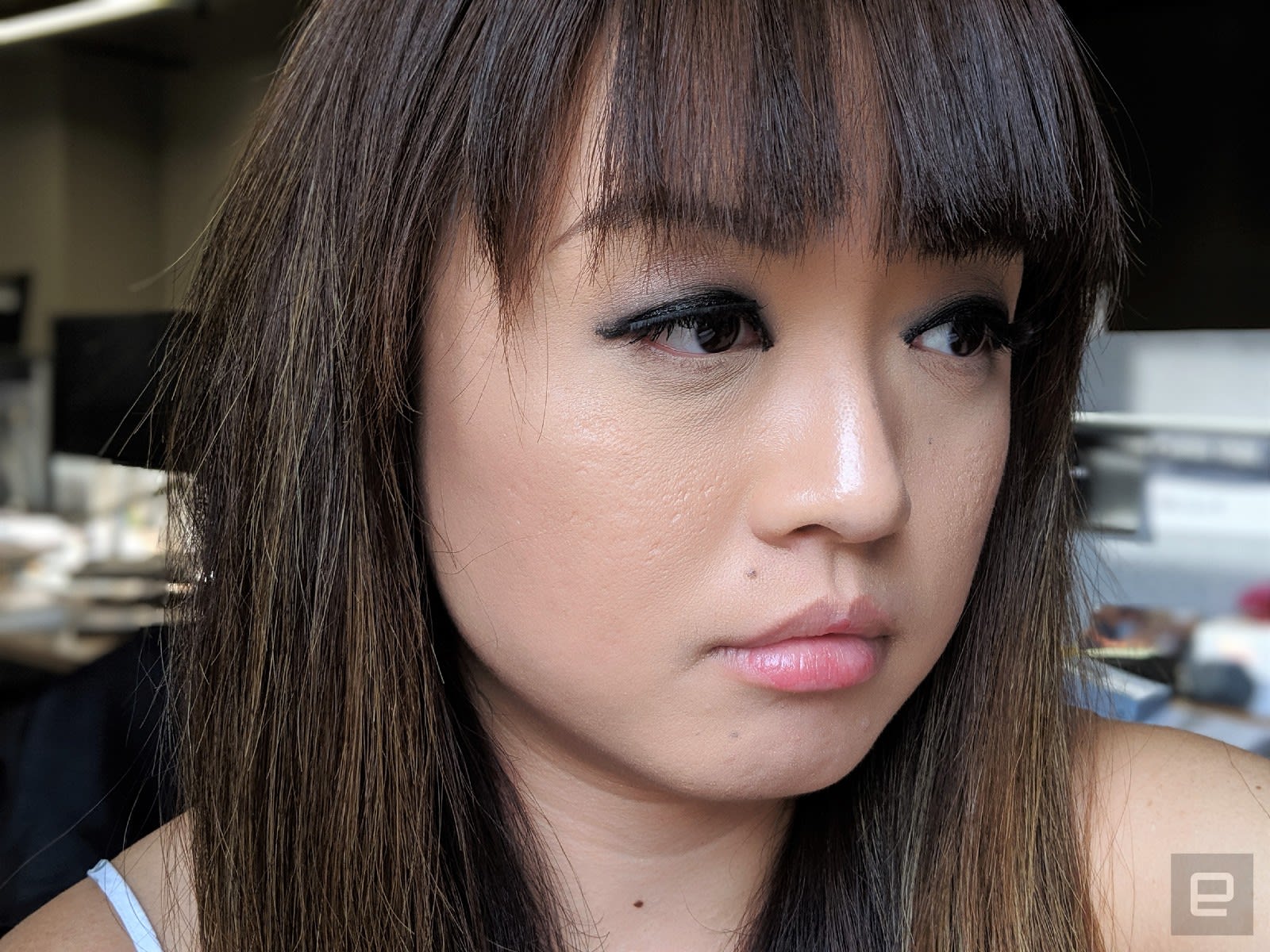 One problem I did encounter was that I couldn't re-attach the lashes after pulling them off hours after my first application. There was some transfer onto the lashes, and I needed to reapply some eyeliner to get them back on. And as with traditional eyelashes, you'd have to have a supply of "glue" or in this case, the brand-specific eyeliner. You'd also need to have at least some eyeliner on for this to work, so if you were hoping to get lashes sans any makeup at all, this isn't for you.

But those are drawbacks I'm willing to put up with for the convenience of lashes I can slap on any day I want a bolder look. There are different designs available so you can pick an option for everyday wear, and I've bought a less dramatic set so I can have pretty lashes all the time. I wish there were a few different designs, but I expect the company will add more eventually.

Magnetic eyeliner might not be the most obvious technological revolution, but it has made a real impact on part of my daily routine. I'll gladly spend more money to get better versions of it in the future.