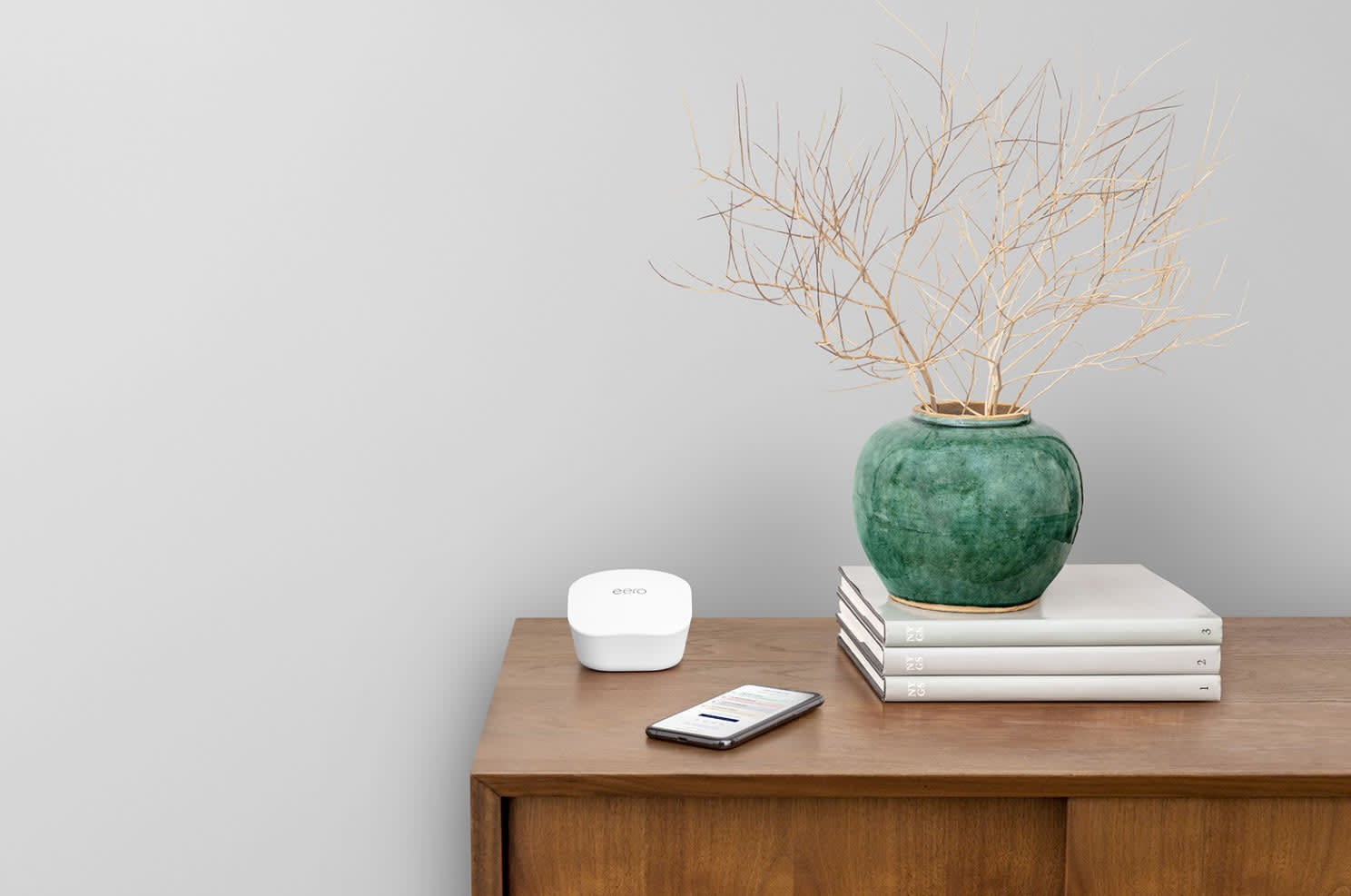 You'd be forgiven for not knowing Amazon acquired the mesh-networking outfit Eero earlier this year; routers are less than thrilling by nature, and the deal's potential was less exciting than the problems it caused for existing employees. Amazon was keen to move on, though, so it announced a new version of those Eero routers at its press conference in Seattle today.

Not familiar with Wi-Fi mesh networks? Long story short, rather than use one router that might struggle to reach every corner, mesh networks rely on multiple nodes peppered around your home to ensure stronger, more consistent WiFi coverage.

These new models seem noticeably bigger than Eero's originals, but they retain the sort of rounded charm that the startup embraced earlier on. In any case, these nodes work together to offer dual-band WiFi after less than ten minutes of setup, though it's unclear if these new models offer better performance than what existing Eero customers might be used to. Still, at $99 for a single Eero node and $249 for three, Amazon's making a strong case for a more flexible kind of home networking.

And since this is an Amazon product we're talking about, it should come as no surprise that these things pack full Alexa support. You'll be able to ask Amazon's virtual assistant to, say, turn on a separate guest WiFi network, or to "pause" the WiFi on specific devices like tablets or game consoles. (Exactly how this kind of granular control jibes with Amazon's promises of dead-simple setup remains to be seen.) To be clear, though, you won't need to invest in Amazon's WiFi system to benefit from those voice controls -- the company also confirmed it's making an API available for third-party networking providers, like ASUS and TP-Link, to integrate Alexa support into their routers.

Interest piqued? The new Eero system is available in the US today and will launch in Europe this November.

In this article: amazon, amazon2019, eero, gear, mesh, mesh network, mesh networks, personal computing, personalcomputing, wifi
All products recommended by Engadget are selected by our editorial team, independent of our parent company. Some of our stories include affiliate links. If you buy something through one of these links, we may earn an affiliate commission.