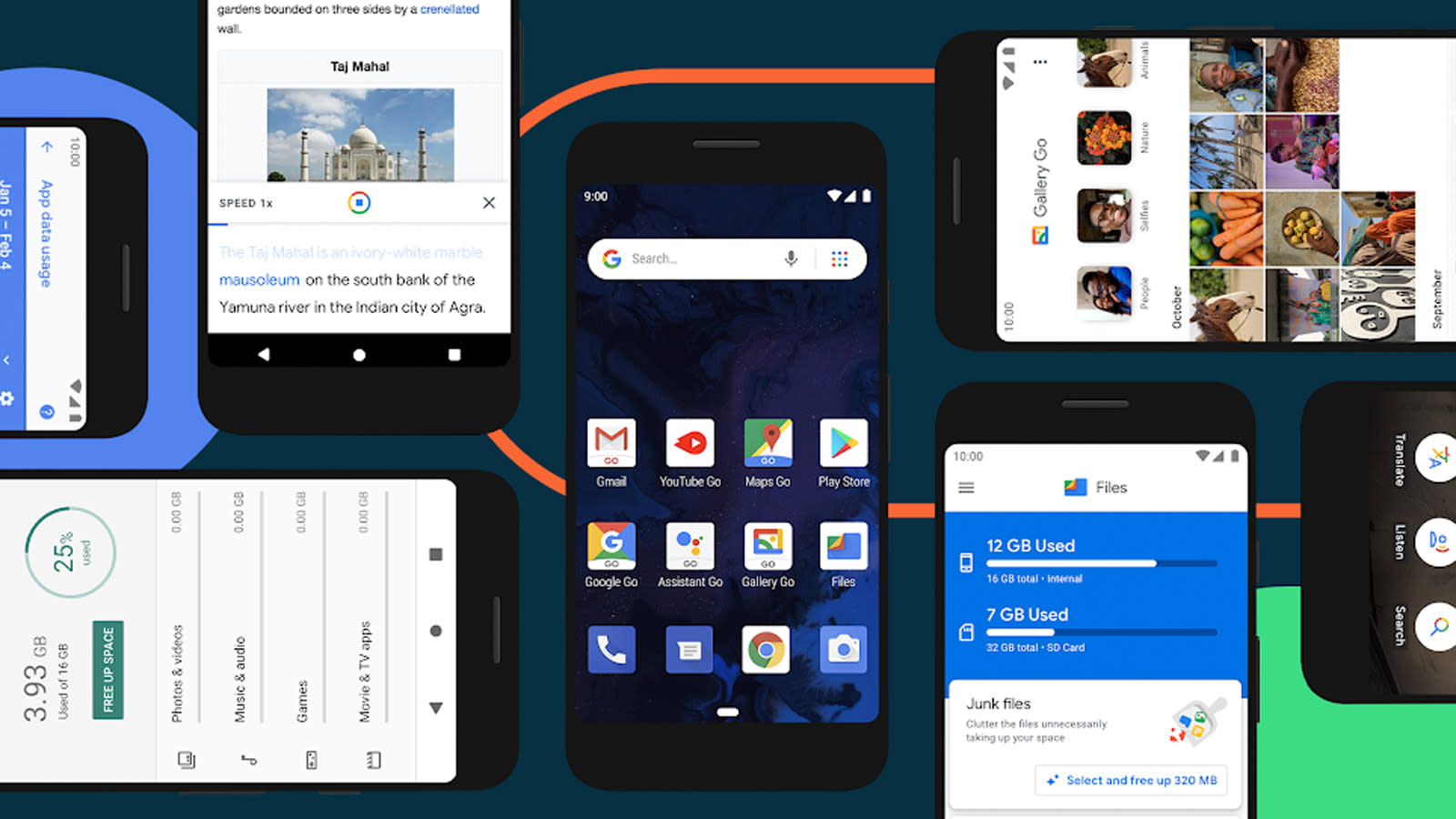 Android Go has made smartphones more accessible by enabling lower-cost devices, but it's frequently pokey and sometimes insecure -- not a great introduction to modern mobile tech. Google is aware of this, though, and it's tackling those issues head-on with its newly unveiled Android 10 Go edition. The scaled-back version of Android 10 puts a strong focus on speed, with faster and more memory-efficient app switching as well as launching that's 10 percent faster than in Android 9 Go. It should be more reliable, too.

For some, data protection may be the real star of the show. Android 10 Go edition includes a new Adiantum encryption system that should secure data without affecting performance or requiring special hardware. You won't have to worry that your sensitive info is vulnerable simply because you bought an entry-level device.

Google also stressed that recent app updates play an important role. Google Go has an AI-based read-aloud feature as well as Lens visual searches, while Gallery Go uses AI to organize your photos (offline or otherwise). YouTube Go has been around for longer, but it's still helpful for improving performance and cutting back on data use.

You'll have to be patient when phones based on Android 10 Go edition are due to arrive later in the fall. If this lives up to Google's hype, though, you might not feel like you're compromising as much as before.

In this article: adiantum, android, android 10, android 10 go edition, android go, encryption, gear, google, google go, mobile, smartphone
All products recommended by Engadget are selected by our editorial team, independent of our parent company. Some of our stories include affiliate links. If you buy something through one of these links, we may earn an affiliate commission.