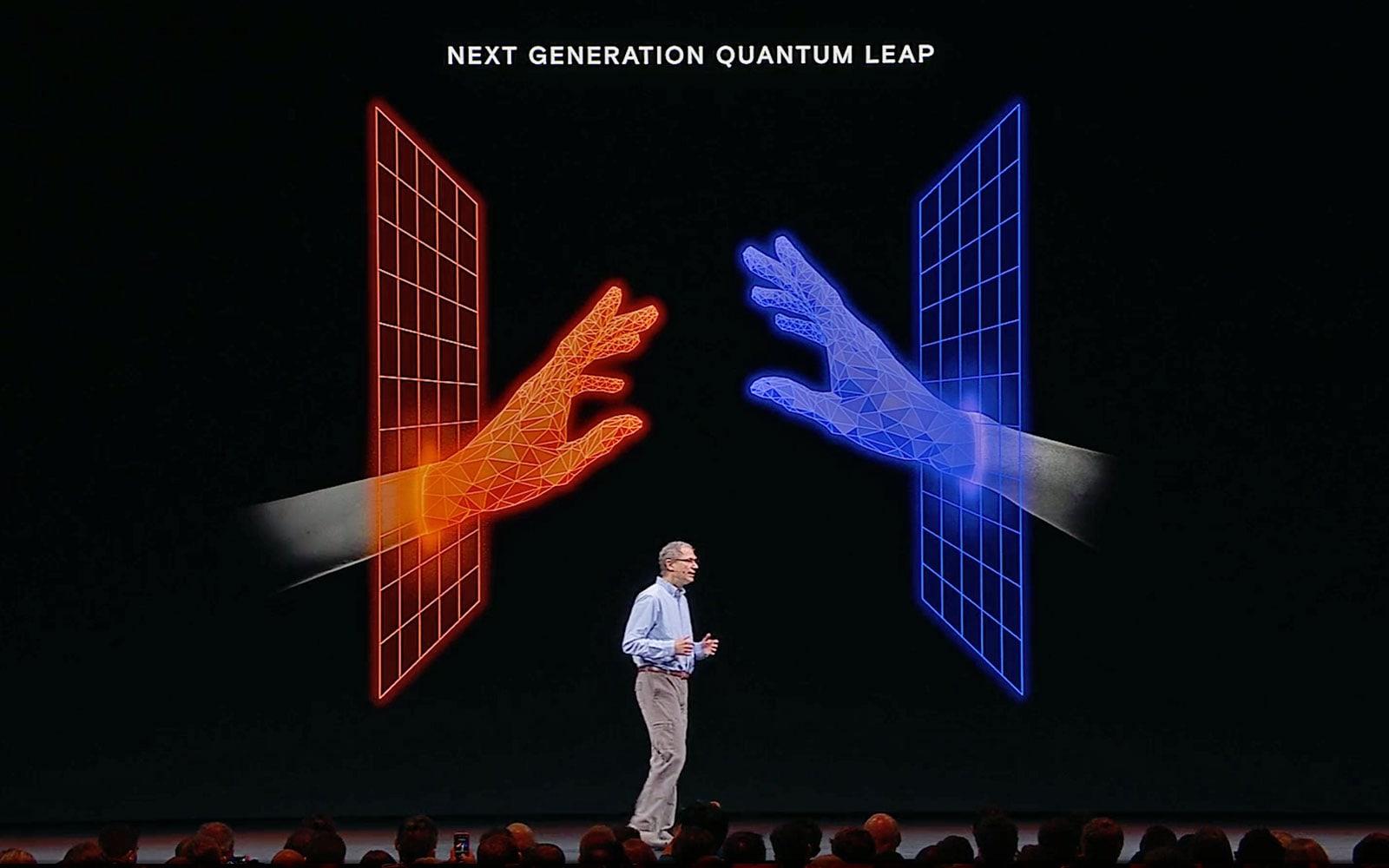 After all the new products were announced and surprise features revealed at Oculus Connect 6 on Wednesday, Facebook Reality Lab (FRL) lead Michael Abrash took to the stage to discuss the future of VR, AR, and the company's leading role in their continuing development.

"VR certainly has the same long term potential as the personal computer," Abrash told the audience. "In fact, I believe that it will ultimately become the most powerful creative and collaborative environment that has ever existed."

But for that to happen, Abrash admits that there is much work yet to be done. The Reality Lab aims to create a genuine sense of "social presence" -- the feeling that you're physically sharing the same space with another person -- within the virtual space. To do that, Facebook is currently developing full-body avatars that look and move exactly like the human they represent. The company can't generate these "Codec Avatars" in real-time currently, but Abrash is confident that they will in the coming years.

Abrash also spoke to the importance of conveying emotion in creating social presence and, to that end, his lab is working on making photo-realistic virtual faces for their Codec Avatars. As you can see in the video below, as two members of Abrash's team speak to each other, their headsets track their facial expressions and are "translated in real-time into audio and visual signals they perceive as a picture-perfect representation of the other person's likeness," according to a Facebook release.

But what good are full-body avatars and photo-realistic faces if you've got nowhere to go in VR space? That's why the FRL has developed a prototype system capable of capturing high-fidelity 3D scans of interior environments.

"Through a combination of a high-accuracy depth capture system, state-of-the-art simultaneous localization and mapping (SLAM) technology, a cutting-edge camera rig, and a dense reconstruction system, we're able to achieve a level of fidelity that's unprecedented in VR," per a Facebook release. Not only will this technology allow users to hang out virtually in familiar, real-world spaces, it will also serve as "the core infrastructure that will underpin tomorrow's AR experiences," what the FRL has dubbed, Live Maps.

These two aspects -- photo-realistic avatars and virtual spaces -- will eventually combine to create an entirely new form of social interaction. The ability to project your presence anywhere on the globe is nothing short of transformative. But don't get too excited just yet. "Realizing the full potential of VR will take decades," Abrash warned. "Just as it did with personal computers."

But progress is being made. The Half dome prototype headset shown off at last year's event has already been surpassed by the smaller and 200-gram lighter Half Dome 2. The field of view is a bit more narrow than the original Half Dome, but that's still 20 percent wider than what Oculus Quest users see. The Half Dome 2 also boasts an improved mechanical varifocal lens that reduces noise and vibration. Both of these headsets, however, are eclipsed by the Half Dome 3, which uses an electronic varifocal lens, which eliminates virtually all of the moving parts of the assembly with a stack of six thin liquid crystal displays.

No one advancement will bring us to the next generation of VR headset, Abrash argued. "VR technologies will need to be woven together into a complete, tightly integrated platform in order to make that quantum leap," he said. "It's the sum of those parts that will lead to that breakthrough experience, not technologies in isolation."

In this article: av, breaking news, facebook, Facebook Reality Lab, future, gear, MichaelAbrash, oculus, oculus quest, oculus rift, oculusconnect6, vr
All products recommended by Engadget are selected by our editorial team, independent of our parent company. Some of our stories include affiliate links. If you buy something through one of these links, we may earn an affiliate commission.