'Medal of Honor' returns as an Oculus Rift exclusive next year

Fight your virtual way across Europe to win WWII for the Allies.

When Steven Spielberg approached DreamWorks Interactive with his idea for a WWII video game (after wrapping Saving Private Ryan), even he couldn't have predicted the franchise's success. More than a dozen Medal of Honor games were released on 11 platforms between 1999 and 2012. After an eight year hiatus, Medal of Honor returns in 2020 on the Oculus Rift with an extreme take on first-person shooters. 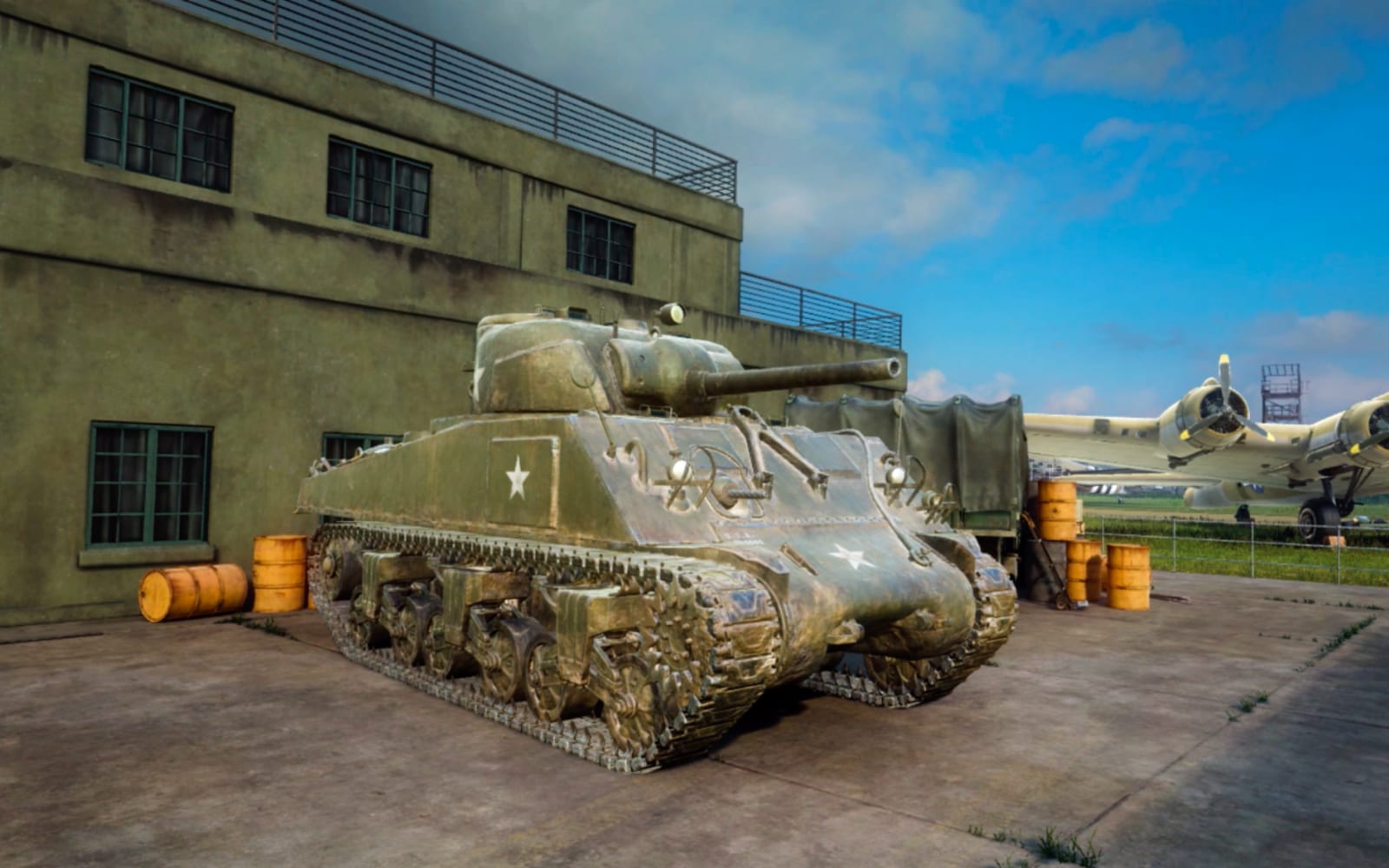 Medal of Honor: Above and Beyond spans the length of the second World War across three acts, Peter Hirschmann, director at Respawn, told the assembled group of reporters at a demo event held in San Francisco last week.

Act One focuses your efforts on helping the French Underground resist and sabotage invading Nazi forces. In the demo level, I played as an actual historical member of the Resistance. Disguised as a Nazi foot soldier, I had to infiltrate an occupied French town, search a semi-destroyed home for a secret code and then coordinate an assault on the local fascist forces using a repurposed Mozart record before exfiltrating the town in a series of running firefights.

Act Two is all about the invasion of Normandy and assaulting German strongpoints on the road back to Berlin. There was no sneaking or sabotage in this demo level, just the systematic execution of dozens of Nazi soldiers occupying a French hotel as I searched for a captured list of Allied spies. Act Three is especially wild with missions to assault the Nazi's heavy water production facility in Norway and their secret V-3 testing grounds.

The graphics are impressive, running at 90FPS without a hint of the screen door effect. In fact, Hirschmann points out that a single uniform model in this game contains more data than the entirety of the first MoH for the PS1. I only felt minor motion sickness once during the game but that happened while I was in the process of falling down the side of a Norwegian cliff after accidentally stepping off a narrow bridge. 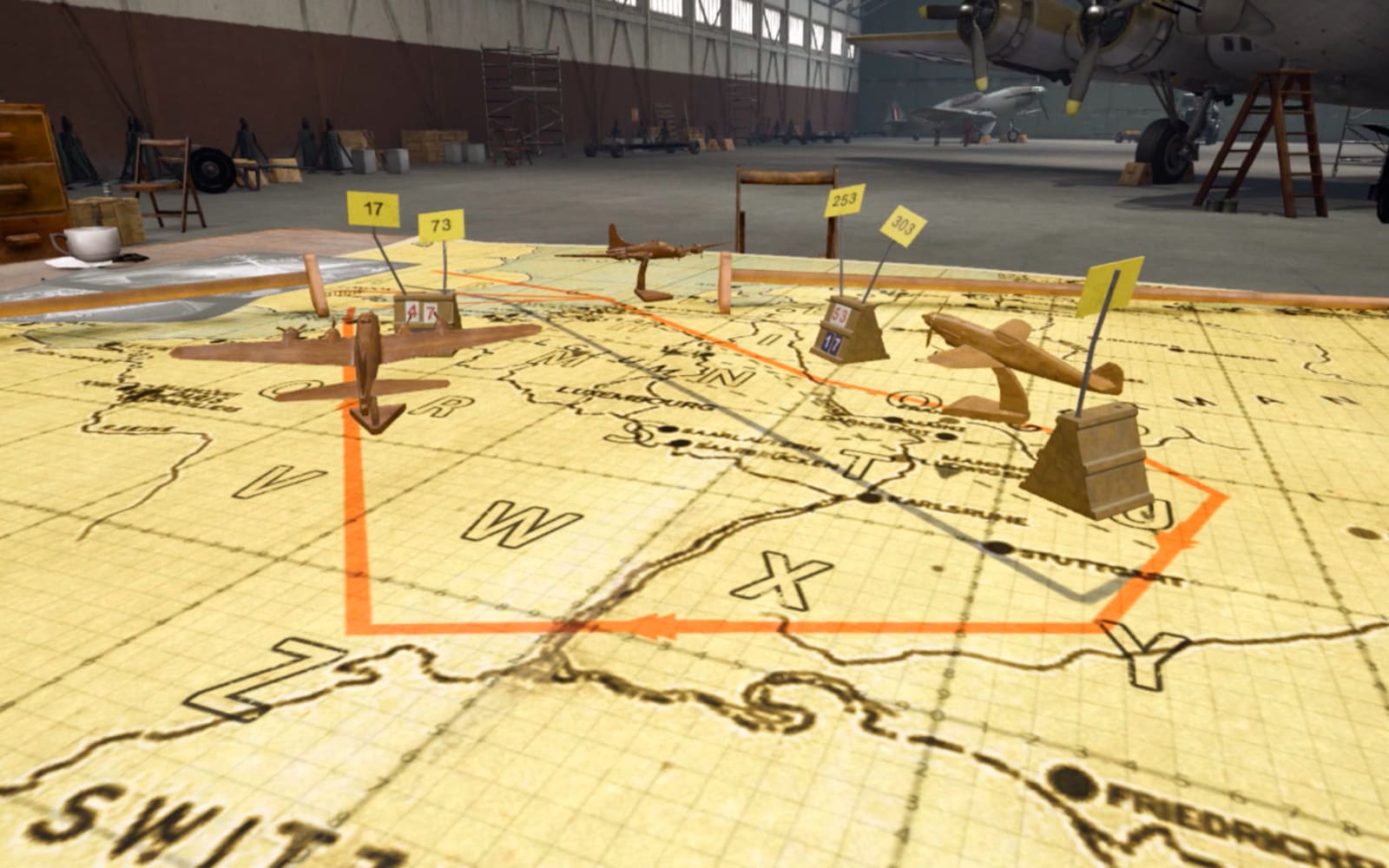 Similarly, every German actor hired for the game is a native speaker of the language and the production team spent countless hours recording actual WWII weapons and vehicles to make the SFX as accurate as possible. The storylines and map layouts are no different. Respawn interviewed dozens of WWII vets, getting their input on everything from troop movements to location layouts to their impressions and experiences during the War. The team, working with the Honor Flight Network, even flew a number of vets back out to France for the first time since Armistice Day to have them walk the team through their exploits at the very spots where they occurred.

But for Respawn's work in ensuring the game is historically accurate, the value proposition of the game is straightforward: shoot, stab, and punch Nazis until they stop getting back up. It's a noble pursuit, to be sure, but one that is hampered by the games controls. Hirschmann spoke at length about the team's efforts to make the game as immersive as possible and how a VR platform (and the Rift S controllers) empower them to do so.

For example, in any other MoH game, you reload your sidearm by tapping a single controller button. In "Above and Beyond," you'll wish it were that easy. Now, you hit a button on the right controller to expel the spent magazine, reach down to your waist with your left controller, grab a replacement mag, slam it into the pistol's receiver, then pull back the slide to chamber a round. That's sounds like a lot of work because it is and it's even more harrowing when you've got a Nazi death squad pouring automatic fire onto your position. I assume the movement becomes second nature after a while but during my short playthrough it resulted in me being dead more often than not. Yes, it's more realistic but it is also a deeply frustrating way to start a game.

I also found that sighting down the barrel, which requires a two-handed grip on the weapon, to be quite trying. Sure, you're not tracking a crosshair around the screen with your left thumbstick, but pretending to hold a simulated weapon up to your VR ensconced face using a pair of controllers that don't feel or handle anything like a rifle is so much worse. And if you're trying to sight through a scope, Jesus be with you. Lining everything up is damn near impossible.

What's more, your avatar only has two running speeds: Sunday Stroll and Grandpa Doing Laps Around the Mall. Your movement is controlled with your hands, which makes aiming and firing while strafing and running all that more difficult. It's cool that you control your ducking and leaning by actually ducking and leaning but given your glacial pace and inability to switch between a left- or right-handed grip on the fly makes diving for cover or firing around corners a bit of a crapshoot.

I'm not saying that the control scheme is unworkable, just that you should prepare yourself for a fairly steep initial learning curve. Plus, there's a whole bunch of cool stuff that can only be done in a VR environment. I'm talking about snagging thrown grenades from mid-air and overhand hucking them back at the enemy position, snatching up frying pans from kitchen stoves and using them to canoe the skulls of your foes, or the immensely satisfying feeling of flicking your boot knife down a hallway and into the neck of a Nazi grunt. You have to physically flick your wrist just so to really get it sailing. 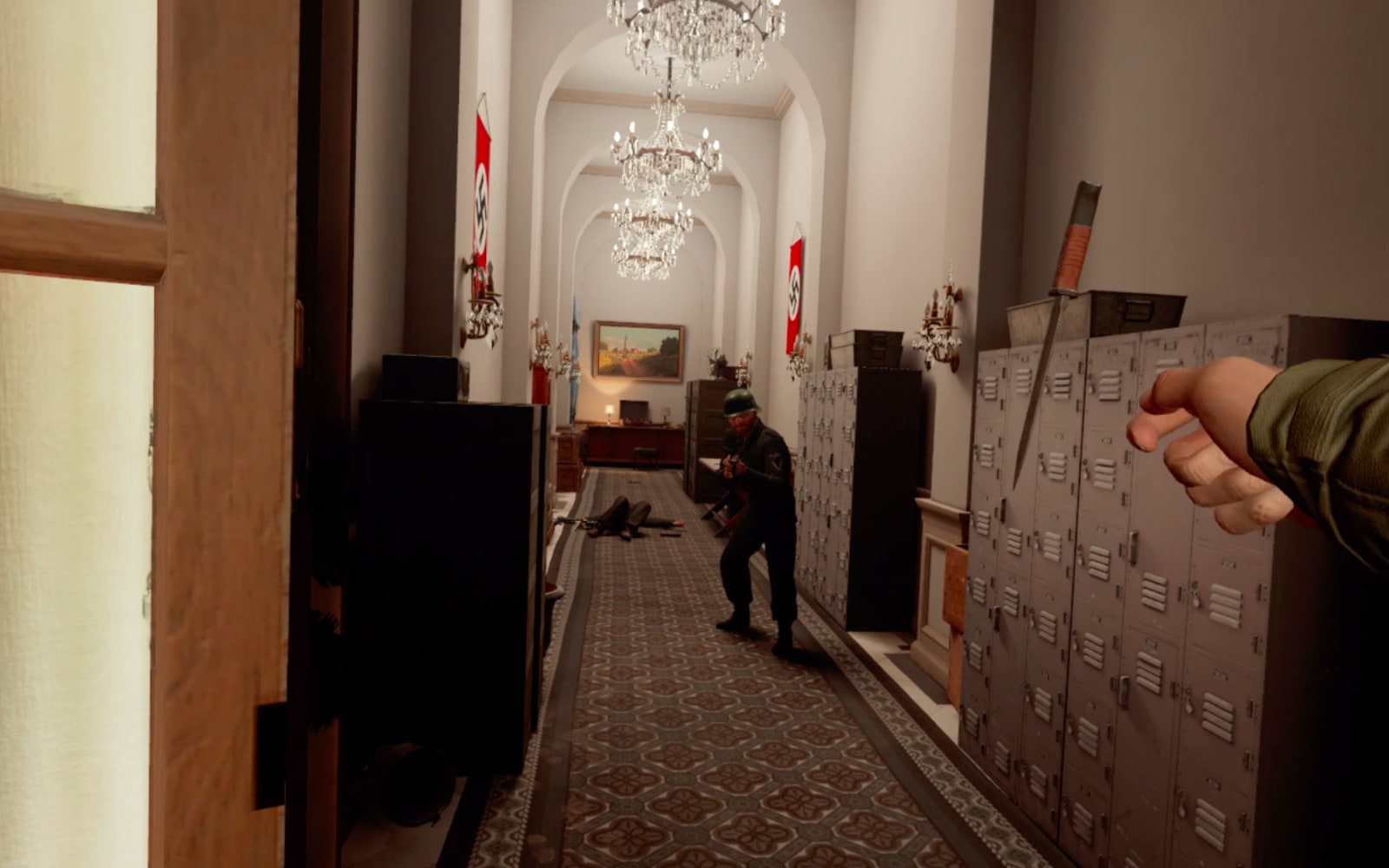 Overall, "Above and Beyond" looks to be a worthy successor to the Medal of Honor lineage. I'm not sold on the controls but with 50 playable levels reportedly available at launch, there will be plenty of opportunity to practice. The game is slated for release in 2020, though no price has been set yet.