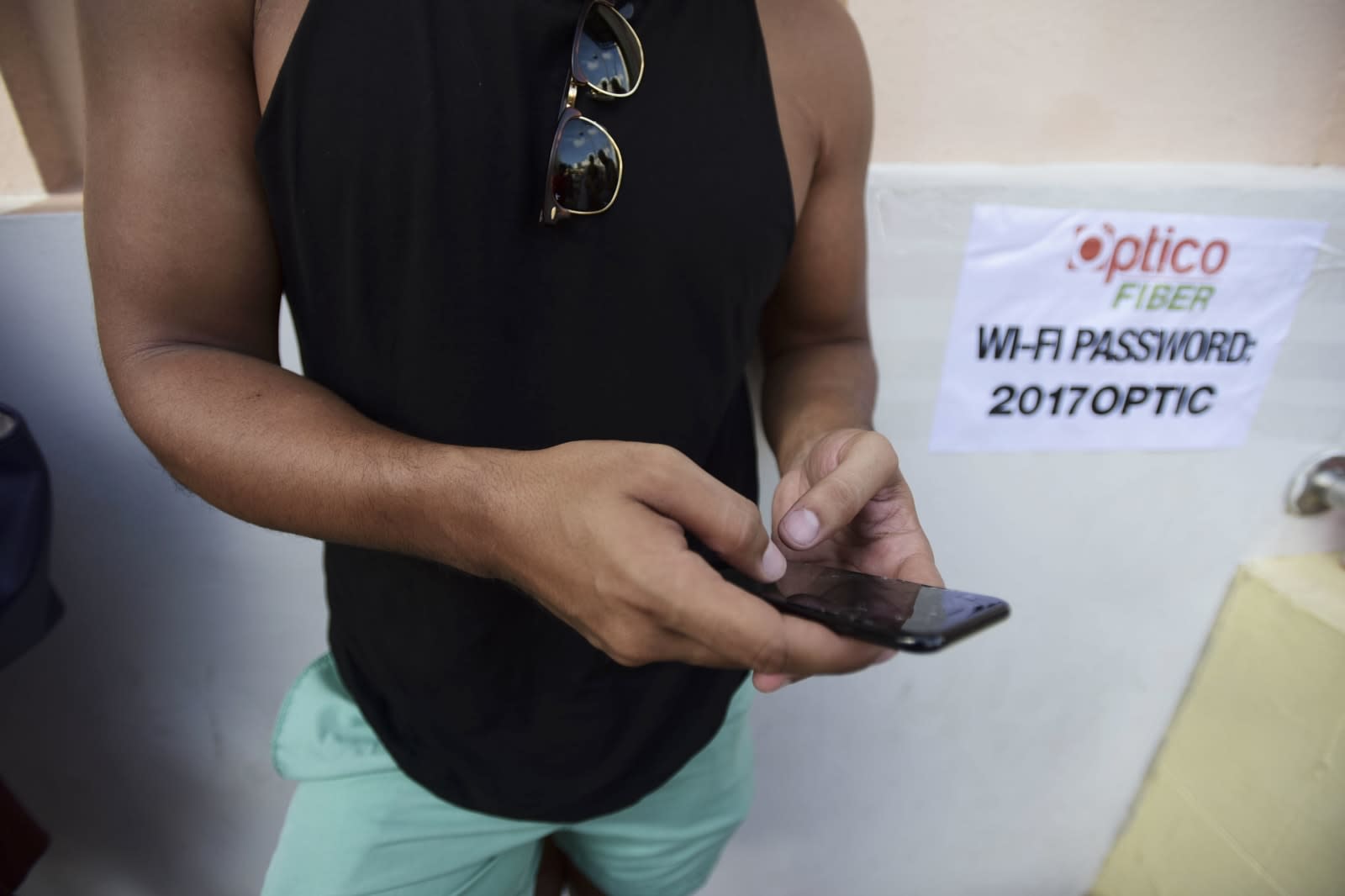 The FCC is making good on its plans to further fund Puerto Rican broadband. Commissioners have voted in favor of an additional $950 million to "improve, expand and harden" communications in Puerto Rico and the US Virgin Islands. Over $500 million of this will go to fixed broadband in Puerto Rico over the next 10 years, while roughly $250 million will go to mobile data over three years. The Virgin Islands will receive $180 million in 10 years for fixed broadband, with another $4 million devoted to mobile.

Regardless of the region, the awards will function in similar ways. The FCC will dole out fixed internet support through a bidding process that will have carriers win funding based on price per location, performance and the sturdiness of the network. Residents should get "up to gigabit" speeds. Funding for mobile, meanwhile, will go to existing carriers in the these areas to bolster their LTE networks and roll out 5G.

The focus has shifted this time around. Where initial funding was meant for recovery from Hurricanes Irma and Maria, this is about creating networks that will "stand the test of time." They should better withstand natural disasters and better keep up with mainland service.

There was no outright dissent in the vote, but there are concerns that this isn't the most effective plan. Commissioner Jessica Rosenworcel warned that the FCC "does not have a clear picture" of where past funding was spent. It's simply throwing money at the problem, she argued, and should have planned "around all of that [spending] information." The official added that the FCC needed a better, more consistent strategy for ensuring that networks can survive disasters. While she still concurred with the order, she clearly felt it could have been more effective.

In this article: broadband, fcc, gear, government, hurricane irma, hurricane maria, internet, politics, puerto rico, tomorrow, virgin islands
All products recommended by Engadget are selected by our editorial team, independent of our parent company. Some of our stories include affiliate links. If you buy something through one of these links, we may earn an affiliate commission.