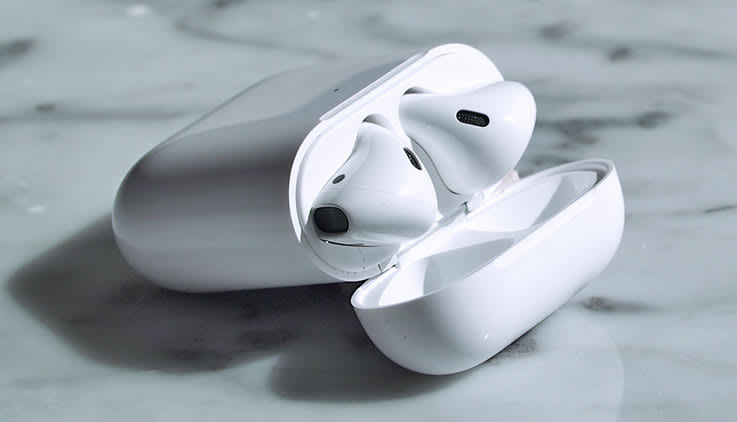 Besides a look at the company's upcoming Deep Fusion photography mode, the latest iOS 13 beta includes another preview Apple might not have intended people to see just yet. Digging into the 13.2 developer beta, 9to5Mac discovered an icon that may depict the company's next-generation AirPods.

For the moment, it's best not to read too much into the icon. That said, if it is representative of what the next-generation AirPods will look like, the one interesting detail we can glean is that they'll potentially feature interchangeable rubber tips. This would address the one issue almost everyone has with Apple's Bluetooth headphones: their one size fits all approach.

Elsewhere in iOS 13.2, 9to5Mac found code snippets that detail several different listening modes the headphones will feature. One, for example, is called "focus mode." According to 9to5, the different modes suggest the new AirPods could include active noise cancellation. Rubber and silicone tips help with noise cancellation since they provide a better seal.

In this article: airpods, apple, av, bluetooth headphones, gadgetry, gadgets, gear, ios 13, noise cancelling
All products recommended by Engadget are selected by our editorial team, independent of our parent company. Some of our stories include affiliate links. If you buy something through one of these links, we may earn an affiliate commission.