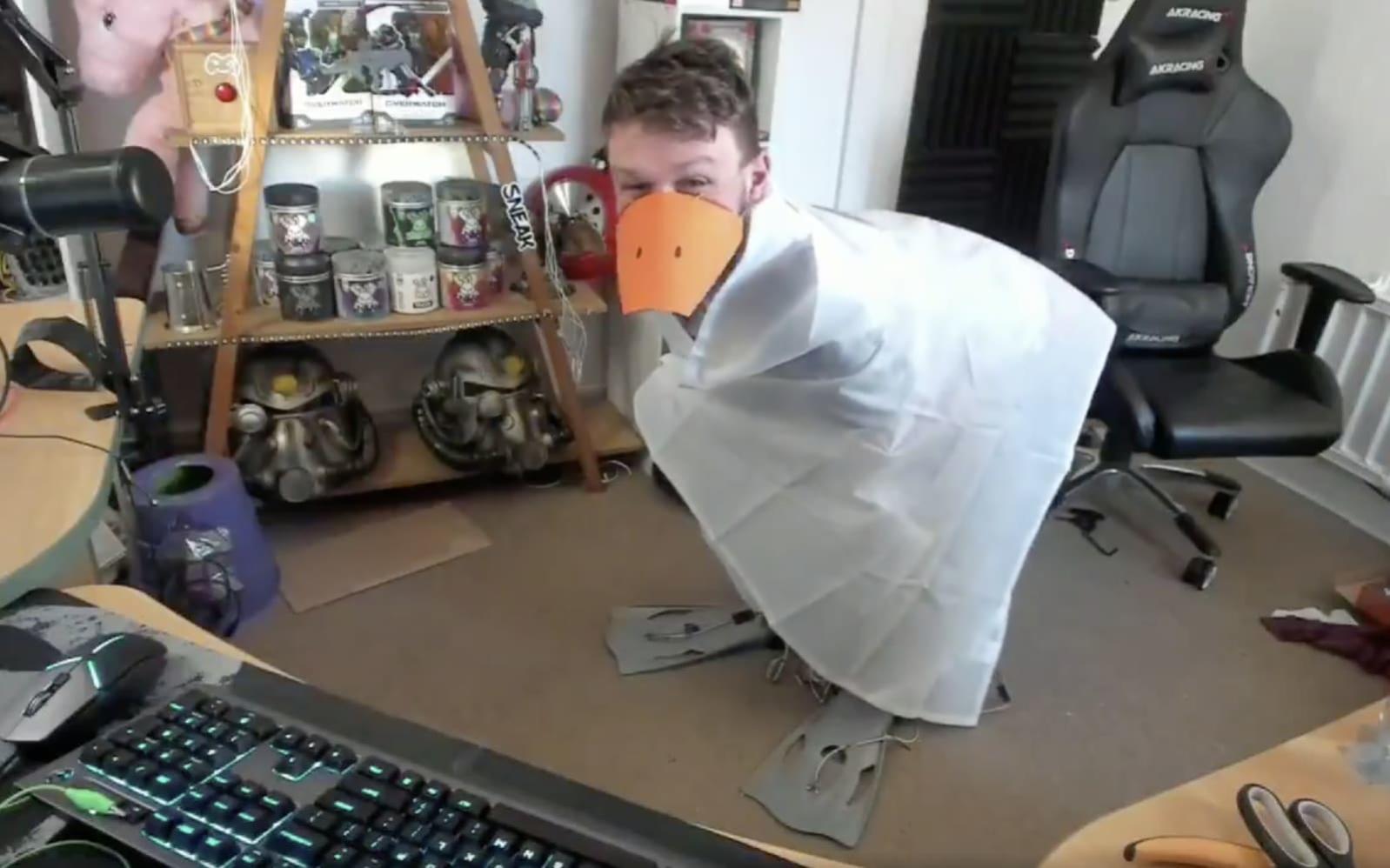 For Twitch streamer Dylan "Rudeism" Beck simply playing a menacing goose in Untitled Goose Game wasn't enough. He wanted to become the goose. In a livestream yesterday, Rudeism put on a homemade goose suit and played the game in a whole new way.

Wrapped in a sheet, Rudeism wore scuba flippers rigged to control movement, white gloves set to guide the goose's wings and a voice-activated beak that let him control the feathered character's honking. With that, and a thumb stick to indicate direction, Rudeism had full control over the game. Though, he did have to physically march in place, flap his wings and honk.

THIS is how Untitled Goose Game is meant to be played.

In a tweet, Rudeism expressed his shock that any of it worked. After about an hour of playing -- during which time he had to move from squatting to sitting because it turns out being a goose is exhausting -- Rudeism's controller broke. In a tweet, he wrote that the "goosing got cut a bit short by a faulty wire" but that he'll be back to try again soon.

The whole thing is insane but perfectly fitting for both Rudeism (who once reached level 100 in World of Warcraft using a dancepad) and Untitled Goose Game, which is intentionally outlandish.

In this article: av, controller, diy, do it yourself, doityourself, dylan beck, gaming, goose, homemade, live stream, rudeism, streamer, twitch, untitled goose game, wearable
All products recommended by Engadget are selected by our editorial team, independent of our parent company. Some of our stories include affiliate links. If you buy something through one of these links, we may earn an affiliate commission.