As the field of players in "urban air mobility" (read: flying cars) get more crowded every day, the Larry Page-backed effort Kitty Hawk is trying a different approach with its latest vehicle: it's very quiet. Dubbed Project Heaviside, it's all-electric, flies like a plane but is capable of vertical take-off and landing (VTOL) like a helicopter, while being as much as 100 times quieter than a helicopter.

It's also tiny, as you can make out in a picture with a person crouching next to the aircraft with seating for one. TechCrunch got up close and personal with Heaviside, noting that at the moment the cockpit seats its passenger on bare carbon fiber. 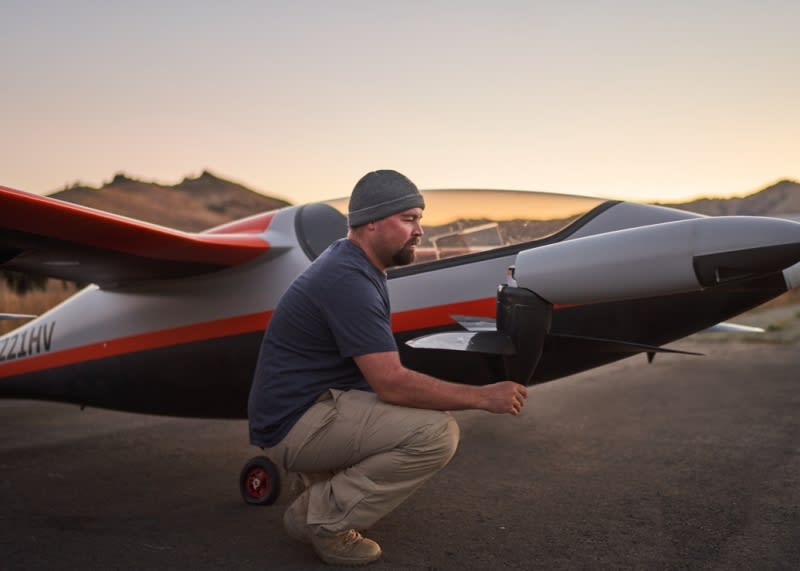 Kitty Hawk CEO Sebastian Thrun told TechCrunch "The calculus here is that this has to be socially acceptable for people," while demonstrating Heaviside's capability to fly overhead without being any louder than an office air conditioner. It's also intended to support both manual and autonomous flight, although regulatory approval could be quite a way off.

All products recommended by Engadget are selected by our editorial team, independent of our parent company. Some of our stories include affiliate links. If you buy something through one of these links, we may earn an affiliate commission. All prices are correct at the time of publishing.
Kitty Hawk's 'Heaviside' is an ultra-quiet electric flying machine
flying car
gear
heaviside
Kitty Hawk
Larry Page
Project Heaviside
quiet
Sebastian Thrun
transportation
vtol