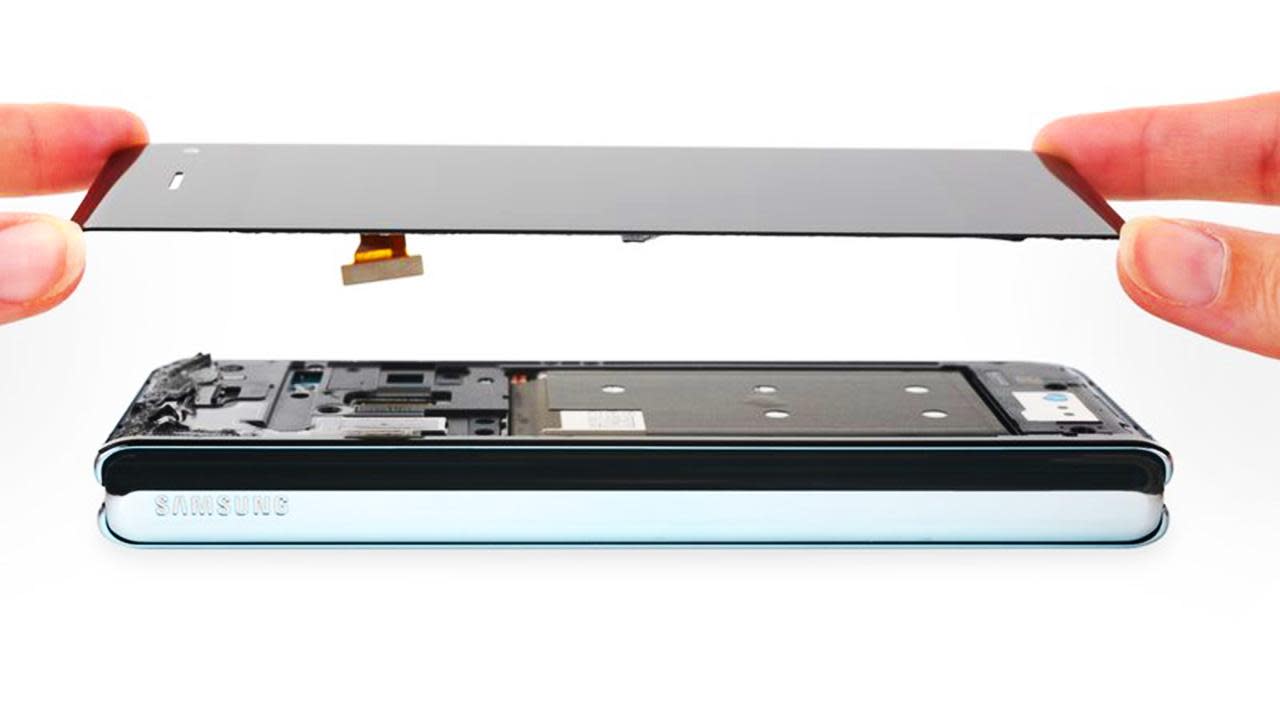 iFixit pulled its first Galaxy Fold teardown after Samsung scrapped the phone's April launch to improve its durability. Now that the foldable has finally reached stores, though, it's ready for take two. The DIY repair site has posted a teardown for the revised Galaxy Fold that reveals both the known innards and, crucially, the additional protections for that folding screen.

The teardown crew noted that Samsung faced a clear challenge trying to safeguard the screen. It could protect some of the obvious entry points for debris that caused so much chaos in April, such as covering a gap in the bezel and plastering the hinges with tape, but there was only so much it could do with all the necessary moving parts. There's a chance debris could still enter the hinge area and affect its functionality, even if the back of the display (which includes "surprisingly rigid" reinforcement) is that much safer.

One thing's for sure: the Fold still isn't very repair-friendly. Many components are modular and can be replaced by themselves, but the fragile display and its mechanics are "likely" to wear down and eventually require a costly replacement. A recent endurance test showed that it might not fold as many times as Samsung estimated, perhaps dying after about three years of normal usage. Replacements for the heavily glued-down batteries are difficult, too, and the glass is similarly hard to work with. To put it another way, the $1,980 you'll drop on the Galaxy Fold is more of an initial investment that's likely to deepen if you're determined to keep the phone working for a long time.

In this article: android, AOLoriginals, daily show, diy, engadget, Engadget Today, engadget video, entertainment, foldable, foldable phone, galaxy fold, gear, ifixit, mobile, repair, samsung, smartphone, teardown
All products recommended by Engadget are selected by our editorial team, independent of our parent company. Some of our stories include affiliate links. If you buy something through one of these links, we may earn an affiliate commission.