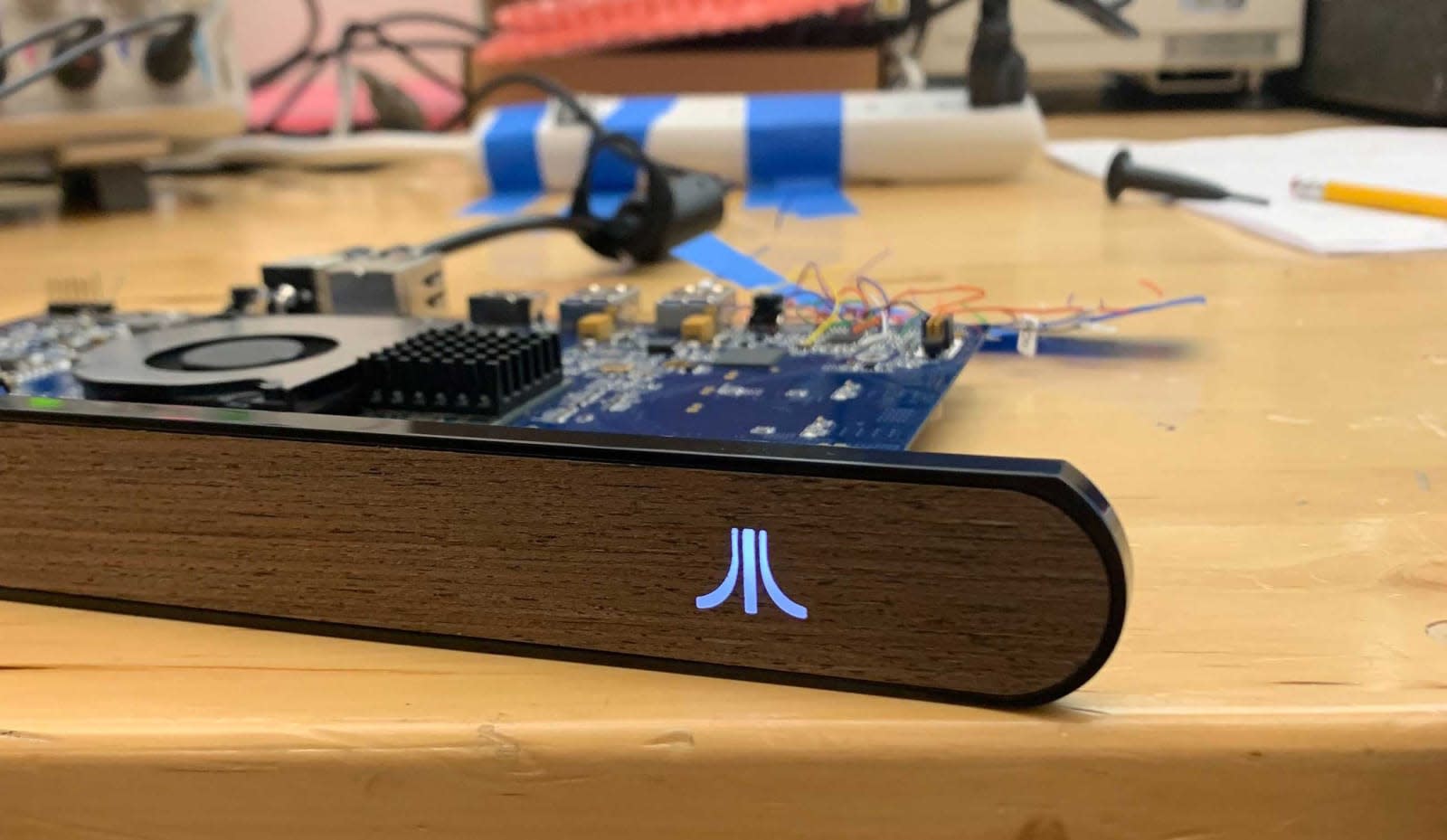 Atari's long-delayed retro console may be in trouble, because according to The Register, its lead architect has left the project. Rob Wyatt, who was also a founding Xbox team member, told the publication that he "officially resigned as the architect of the Atari VCS" on October 4th. He said Atari hasn't paid his design consultancy Tin Giant, which has been behind the console's development, for the past six months. The crowdfunded retro console was supposed to be released last June, but the company pushed its release back to March 2020 due to a series of delays and revisions.

"I was hoping to see the project through to the end and that it wouldn't come to this, but I have little choice other than to pursue other opportunities," Wyatt said in a statement.

Despite the departure of the project's lead architect and his firm, Atari seems confident that it can launch the device. In a statement to Gamasutra, it said:

"It is Atari's policy not to comment on an isolated matter under dispute, only to say that the Atari VCS project has always been a team effort and its success has never been and will never be dependent on any single individual or partner.

We remain confident in the Atari VCS as the entire team works diligently to bring forth its vision according to plan, and we will continue to communicate accordingly over the coming weeks and months, including hands-on presentations to key media and partners planned for later this fall."

Atari has also published a Medium post to update fans about the VCS, along with photos of the device's custom thermal solution, PCB board and case. In it, the company confirmed that it would operate more like a computer than a fully-functional game system, like what The Register said in its piece. The publication compared it to a Steam Machine, since it wouldn't run its own distinct operating system.

That said, it also assured its crowdfunding backers that the hardware they'll get "will be 100% finished." It's just that the software it's running will be an early access version. The company said it will ask its backers, who are supposed to receive their consoles earlier than everybody else, for feedback before the device's retail launch next year.

In this article: atari, atari vcs, gadgetry, gadgets, gaming
All products recommended by Engadget are selected by our editorial team, independent of our parent company. Some of our stories include affiliate links. If you buy something through one of these links, we may earn an affiliate commission.