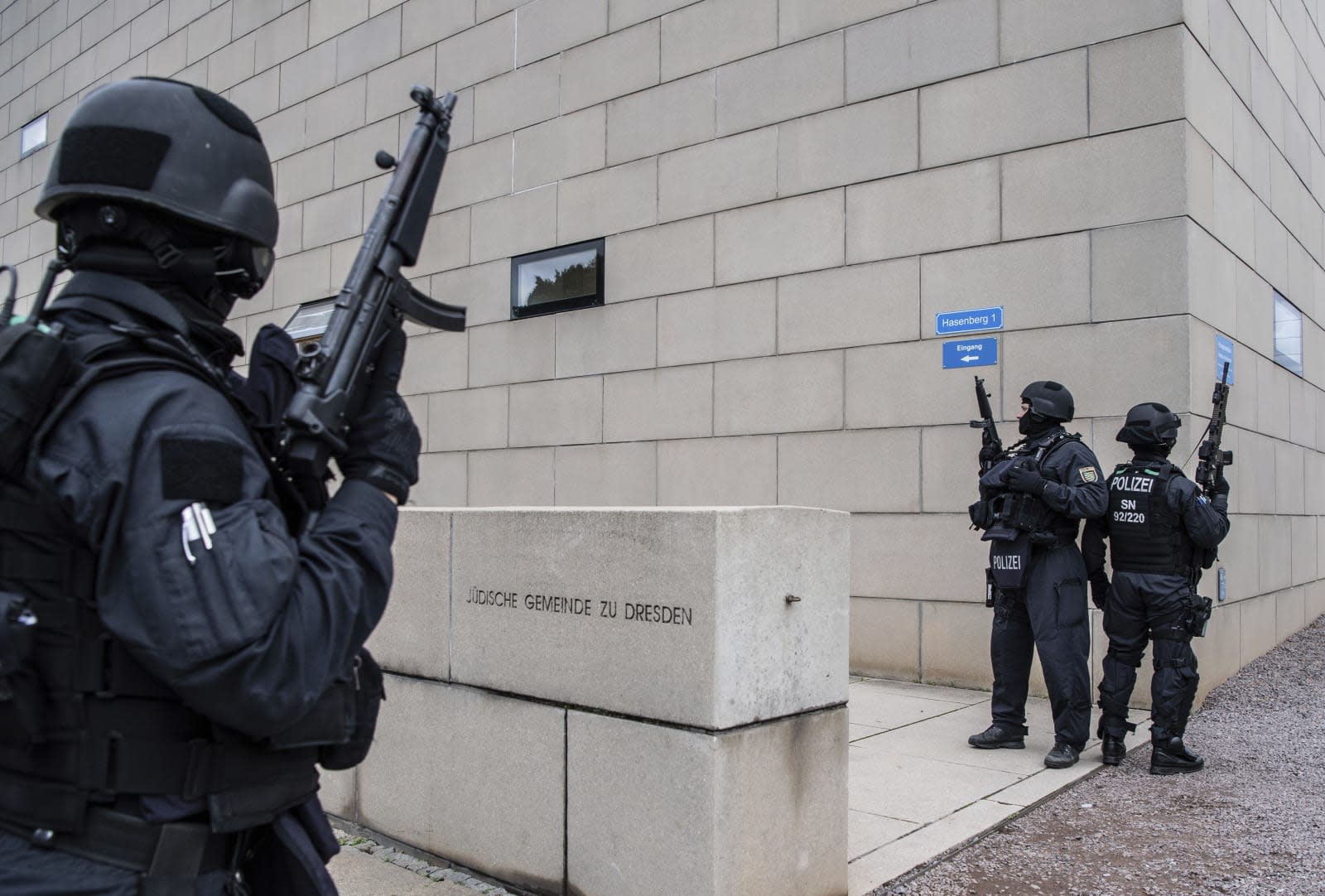 Unfortunately, mass shooters are still livestreaming their attacks. Twitch has confirmed to CNBC that the shooter who attacked a synagogue in Halle, Germany was broadcasting the murders on its service. The company has pulled the 35-minute clip and reiterated its "zero-tolerance" policies against hate and violence, adding that it would ban anyone trying to repost the material.

The content doesn't appear to be available on Twitch as of this writing, although CNBC said it found downloadable copies on sites like 4chan (which also had Christchurch shooting videos in that attack's immediate aftermath).

The tragedy underscores the difficulties Twitch, Facebook and other services face with livestreaming video. It's difficult for them to anticipate what someone intends to broadcast, and automatic flagging technology is limited. This also illustrates the problems with curbing distribution of videos like this. While the original host can quickly remove the clip and prevent uploads of exact copies, it's all too easy for users to upload modified versions or redistribute the footage to sites willing to carry it. As such, it may remain tempting for extremists to livestream knowing that they'll have some kind of audience.

Update 10/9 5:06PM ET: Twitch has posted a Twitter thread with more details on the Halle shooter's stream and the company's response. Only five people watched the live attack, but about 2,200 people watched the replay in the half-hour before the video was flagged and removed. The streamer's account had been created two months earlier and had only been used to stream once. The video didn't appear in anyone's recommendations or directories, and an investigation suggests people shared the video through messaging services.

The service also shared the hash for the video with an "industry consortium" to prevent the spread of the original copy. As we've noted, though, that might not stop people from modifying the video enough to bypass this and upload the footage to other sites.

We're continuing to investigate the Halle event and would like to share what we've uncovered. The account owner streamed this horrific act live on Twitch for 35 minutes, during which time it was viewed by approximately five people.

In this article: 4chan, amazon, gear, germany, hate, internet, livestream, livestreaming, mass shooting, racism, services, twitch, violence
All products recommended by Engadget are selected by our editorial team, independent of our parent company. Some of our stories include affiliate links. If you buy something through one of these links, we may earn an affiliate commission.
Share
Tweet
Share