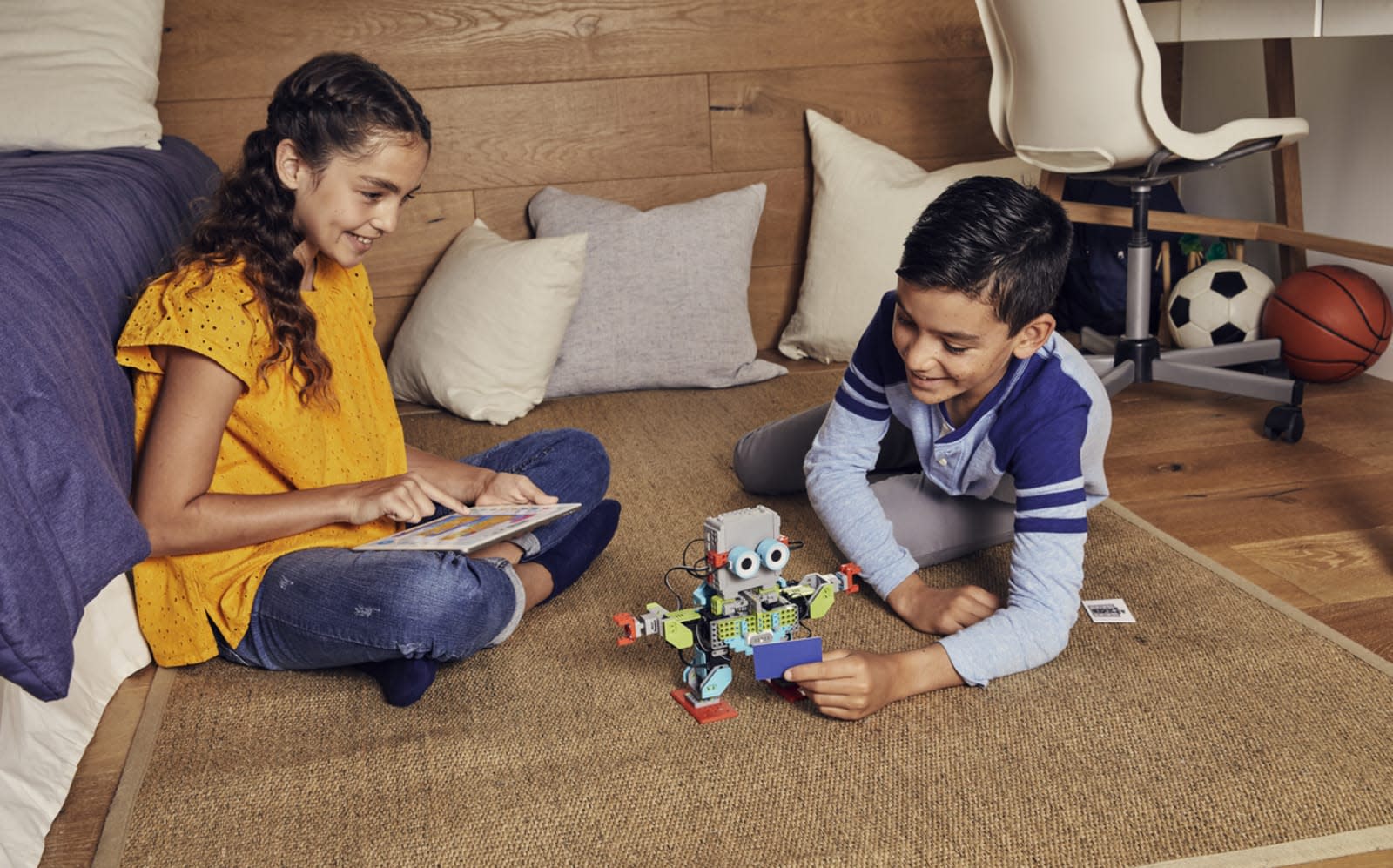 There are plenty of educational coding robots, but few have moves like UBTECH's dancing robot MeeBot. UBTECH launched the JIMU build-your-own-bot kit for MeeBot in 2016. Today, the company unveiled MeeBot 2.0.

The updated MeeBot 2.0 Kit is 30 percent bigger than the original, and it comes with more lifelike LED "eyes" that can be programmed to blink or flash in different colors. The humanoid bot comes with a codable color sensor, so users can program it to respond to different colored flash cards. Its dance moves are a little smoother, thanks to six servo motors and a new gear system. The latter is meant to help kids learn more about engineering movement and motion.

MeeBot 2.0 is an Apple exclusive, so you'll have to pick it up in an Apple store in the US or Canada. It's currently priced at $129.99, and you'll need an iPad or an iPhone (iOS 9.0 or later) to use the JIMU app. The free app comes with 3D, 360-degree setup and Blockly coding instructions. If MeeBot 2.0 isn't for you, UBTECH announced two new robot-building kits last week, and we'll likely see a few more educational robots hit the market as the holiday season approaches.

In this article: apple, blockly, build your own, coding, dancing, exclusive, gear, humanoid, jimu robot, meebot 2.0, programmable, robot kit, robotics, robots, steam, STEM, ubtech
All products recommended by Engadget are selected by our editorial team, independent of our parent company. Some of our stories include affiliate links. If you buy something through one of these links, we may earn an affiliate commission.