Readers have spoken, and apparently people really like the Galaxy S10+

Our readers on what makes Samsung’s tenth Galaxy flagship a worthy purchase.

Samsung released its most recent flagship, the Galaxy S10+, after a decade of refining and perfecting the Galaxy lineup. With improvements to the screen, battery life and software, the $1,000 S10+ once again showed the company knows how to build a hit Android smartphone. Engadget reviews editor Cherlynn Low was impressed with the smooth UI, fast performance and useful features like Wireless Powershare which enables the phone to charge other devices. With all that in mind, she ultimately awarded the S10+ a score of 91. Our readers, who always tend to score a bit more harshly, gave it a more muted (but still good) rating of 84.

Users who remarked upon the physical aspects of the phone included Zee who said the handset "is too large, which makes it annoying to use with one hand." Zepelin concurred saying: "This is frankly a big phone. Screen real estate is nice, but I kind of wish I had gone with the S10 for size." Albert disagreed; he felt "the size does not feel like it's 6.4 inches; compared to 5.7 they feel much the same."

However, Albert wasn't as fond of the shortcut panel at the edge of the screen, stating: "It is not well designed. Sometimes it opens when you just wanted to touch the edge, and sometimes it does not open when you want it to." Zepelin also disliked the curved edge screen, calling it "kind of pointless" and adding "I'm sure I could take advantage of it better, but for my purposes I don't like it. I prefer having a lip around the phone to hold it and not accidentally touch the screen." 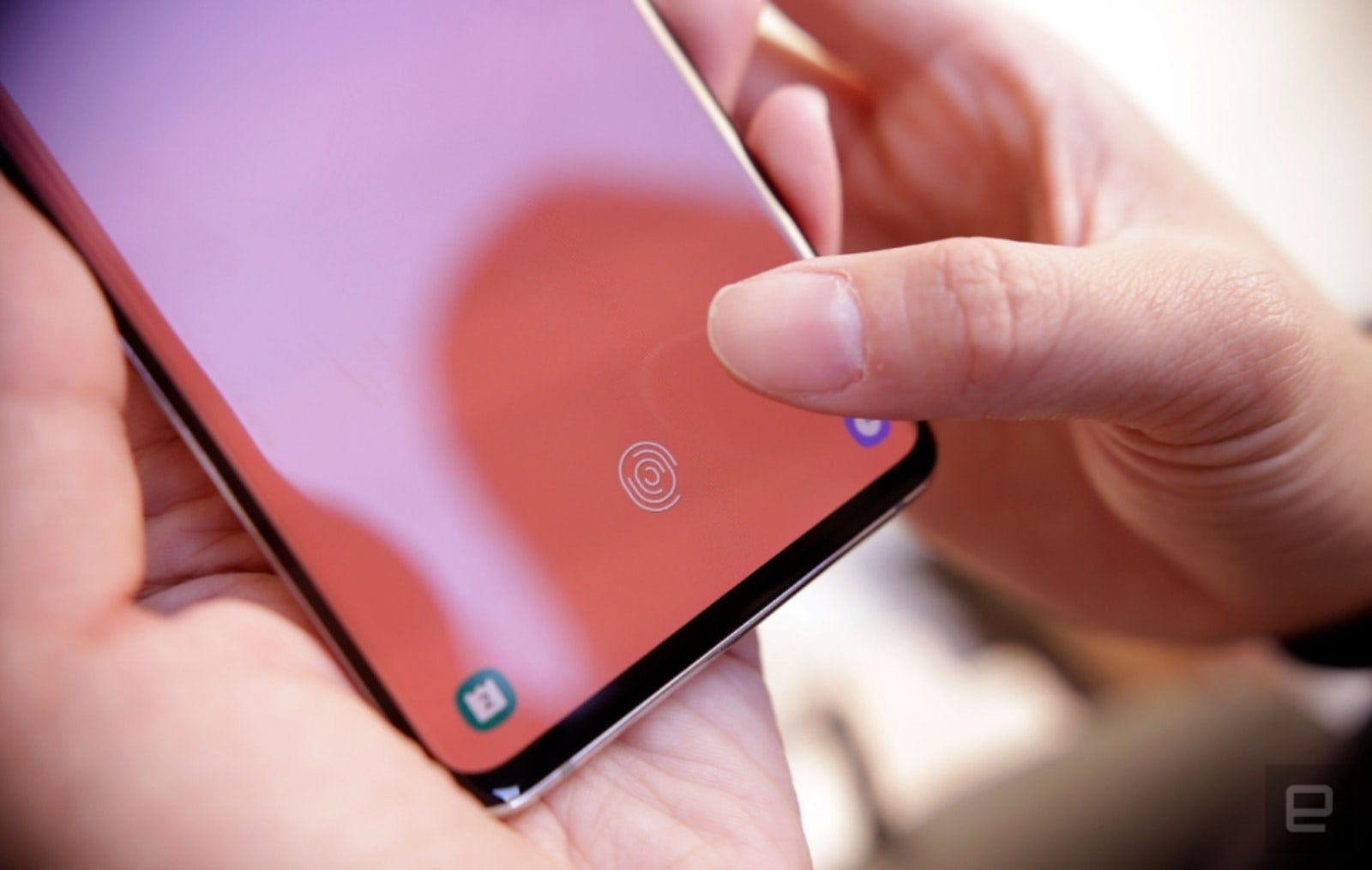 The one area where all reviewers seemed to agree was the in-screen thumbprint reader, which received multiple complaints. Both Mark and E called it terrible, with E using all caps to emphasize their point. James said it was awful and that he "would honestly pay extra to not have it in the next phone I buy." Albert said it was one of the two downsides to the handset, as the sensor "is slow and often requires more than one try." He added: "Even[when I was] practiced and careful, I would say at least one third of the times it fails." Debugy2K found it to be "pretty bad" but clarified that they don't use any security to log in so it doesn't bother them often. Mark also dislikes the feature but feels the recent software upgrades have at least improved the experience.

On the other hand, everyone was a big fan of the large 3,040 x 1,440 display, which Cherlynn described as colorful and vivid. Matt called it gorgeous, while Zee said it's "excellent, bright, and colorful." Jose adds that he enjoys being able to consume media on the large display.

However, both the curves on the screen and the glass front caused readers some concerns about durability; Debugy2K said screen durability was "the only major worry for me." James, who called the screen fragile, also said it was the "first screen I've broken in six years, and I've only had it a month."He dropped the device two feet while seated, he continued, which "nicked the glass and turned into a crack across the screen a few hours later." Lastly, both Matt and Zepelin were skeptical about the quality of the built-in screen protector. 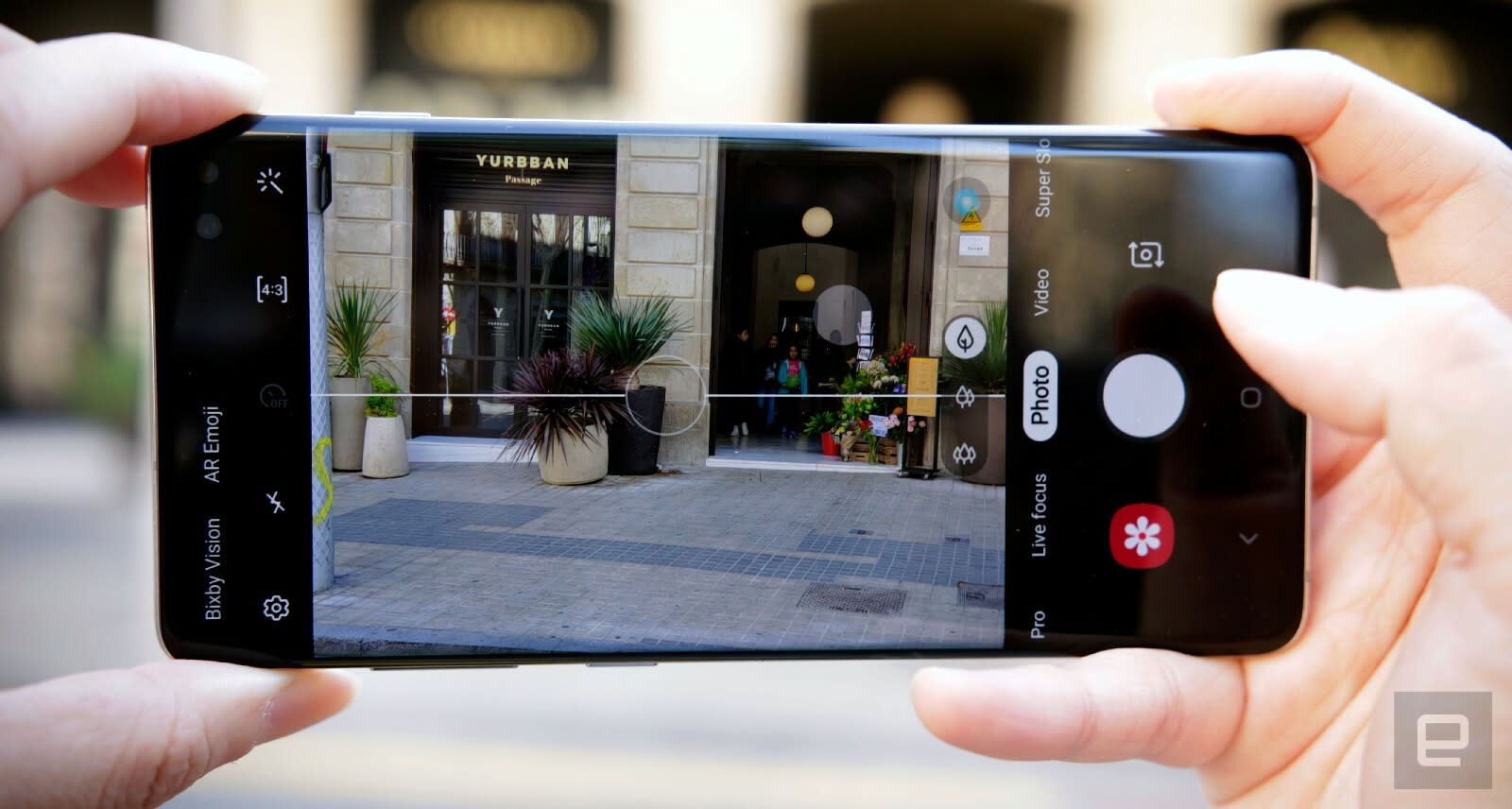 Cherlynn said the photos she took with the S10+ were often stunning with rich colors and crisp details. Turns out, the majority of users agree. Jose said the "triple lens camera works amazingly" and that "while it does seem to struggle with low light images, it's still amazing to be able to record 4K videos or 1080p with stabilization." Matt was pleased that the camera "can now handle HDR scenes much better," adding that "low light shots are social media worthy." Zepelin said it's a great camera; they loved the live focus shot for taking pictures of their kids.

Only a few users were disappointed, including Zee who thought the front camera was "not good at all" and was difficult to use because by default the front camera isn't using the wide lens. Ngiotta said they were "not digging the cameras in the screen" but allowed that "other than that, it's a flawless phone."

Battery life was one of the things Cherlynn counted in her "pros" column and our readers heartily agree. Zepelin said they "love how long the battery lasts: "I can literally charge every two days and I use it a decent amount." Zee also said their experience was that the "battery lasts more than an entire day." Jennifer that added that "despite a day of Facebook, news articles and Google searches it lasts the whole day." Dave27 said he was even able to improve the battery life by turning off the lift to wake feature. 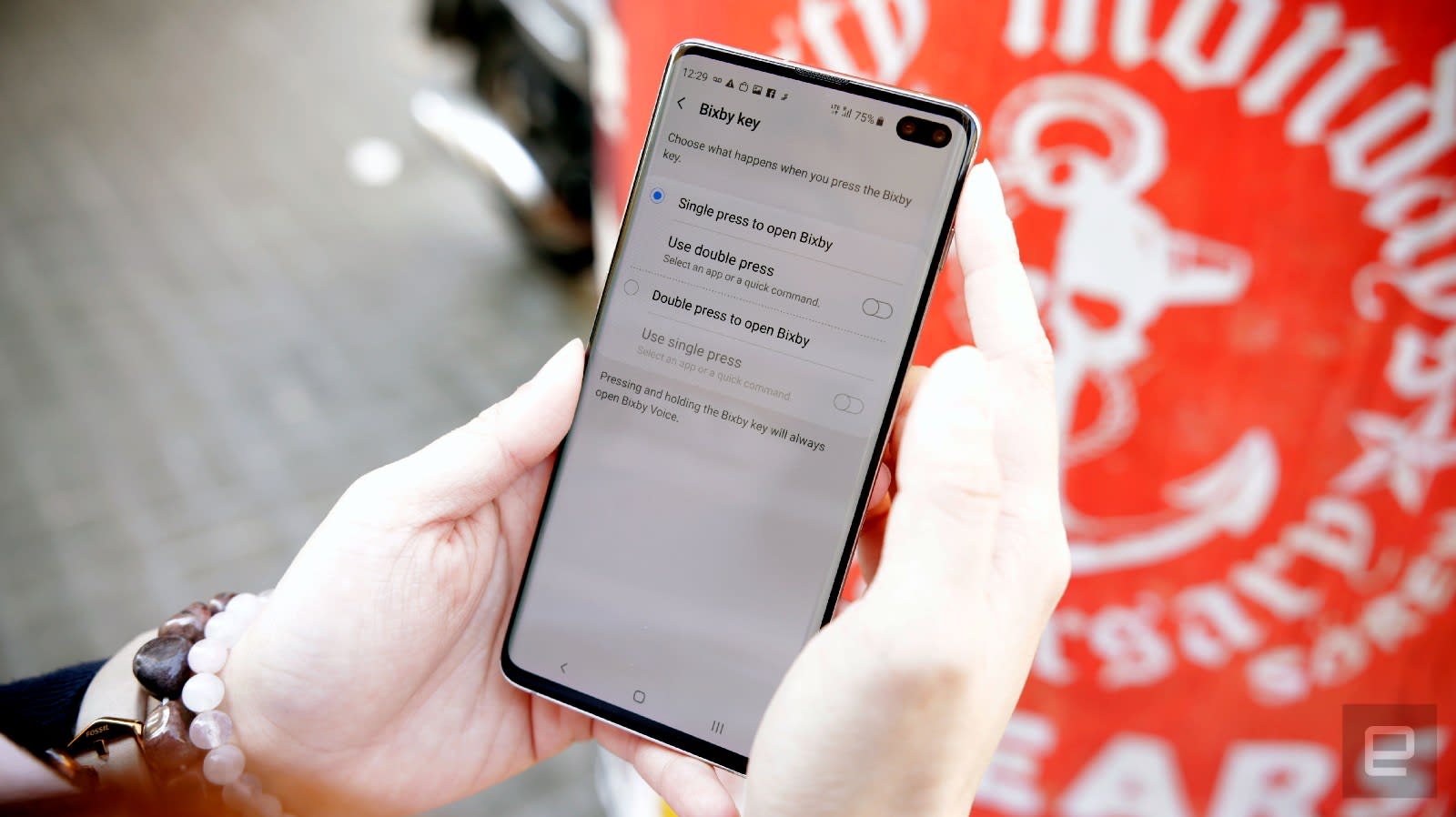 Reactions to Android and Samsung's software in particular were more mixed. Jose said the software "is amazing" but also mentioned how easy it is to accidentally activate the Bixby button. Alex, who is also not a fan, said the company needs "to get rid of Bixby once and for all. Bixby is a disgrace for Android." Other complaints included mention of the "standard Samsung bloatware I'll never use" from James, and the "forced Samsung ecosystem regarding backups and updates," from Mark. Sean described a software bug that minimizes YouTube videos by itself; however, he was the only one who mentioned it. Matt at least felt that recent software updates had produced a "much improved UI and relatively speedy performance."

Overall, most users were pleased with their S10+ purchase -- only James dissented stating he wouldn't buy it again: "The phone genuinely made me question why anybody buys expensive phones anymore." This was in contrast to Sean, who declared it one of the great phones. Albert, concurred, saying it "truly is a wonderful flagship and I would recommend it without reservation." Gregor deemed it the "best Android flagship," and Paul gushed that the S10+ is the "best phone I have had." Miguel declared the S10+ positioned "Samsung for another win" and added "at this point I may be a fanboy, but honestly even while some of what Samsung does is a gimmick, at least it's innovating."