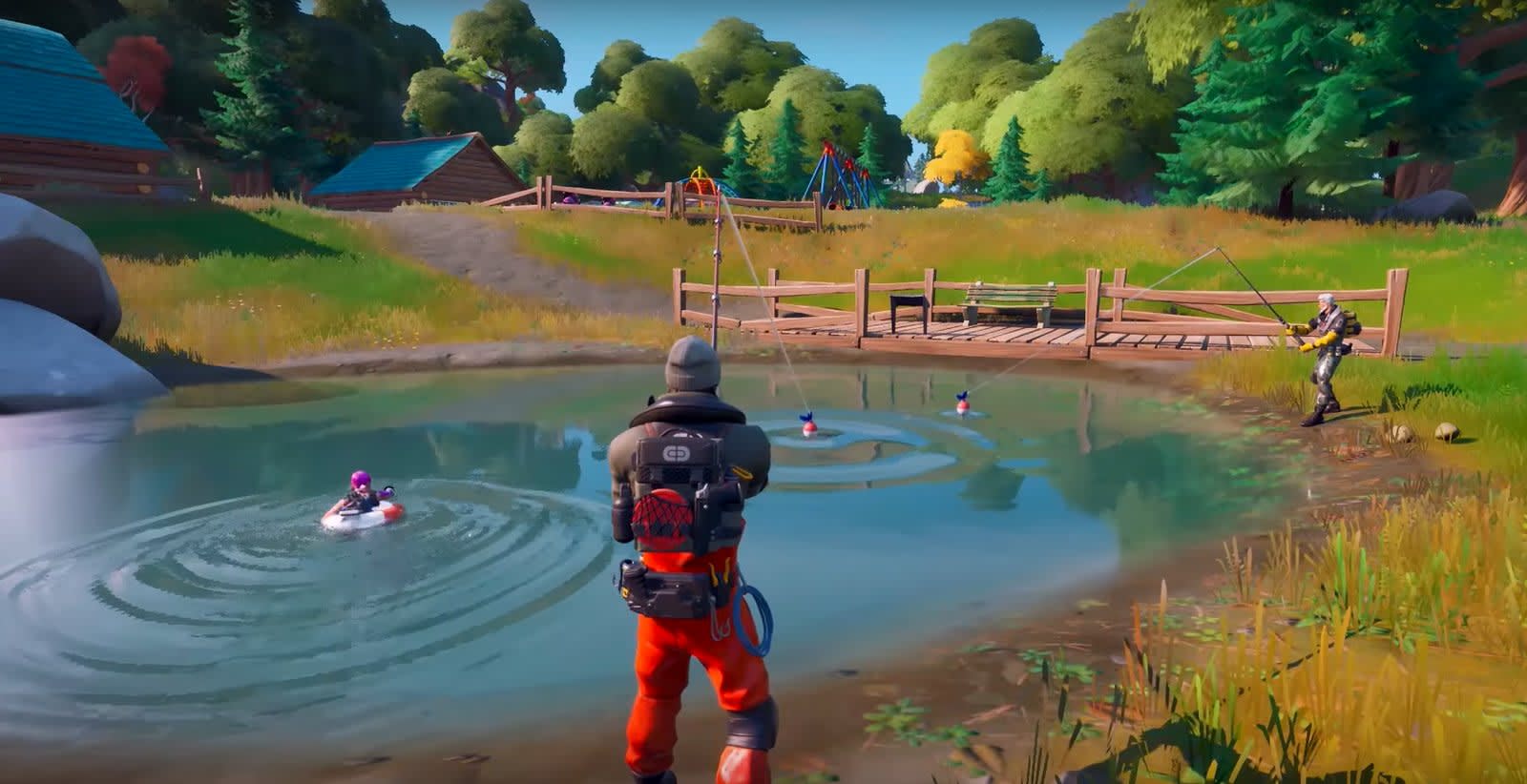 Fortnite is set to return from the void with a major overhaul, if a leaked trailer is anything to go by. The original, constantly evolving battle royale map was destroyed in spectacular fashion Sunday, leaving only a black hole for players to look at. As has been rumored, Fortnite Chapter 2 is set to debut an all-new map. It seems there are plenty of other fresh features in store, including boats, swimming and fishing. The trailer for Season 1 of Chapter 2, which is said to have been shared with Epic's permission, also showcases pogo sticks and the ability to carry downed teammates.

It looks like Epic Games will bump up the level cap from 100 to at least 127. There are new ways to increase your rank too -- you can earn battle, scavenger and survival medals through fighting, looting and collecting materials. There are more than 100 rewards with the Chapter 2 Season 1 Battle Pass, so you might need all the help you can get if you want to claim them all.

For a game that had practically nothing going on for a day (save for a minigame you had to input the Konami code to access), interest didn't exactly wane. Hundreds of thousands of people tuned into Twitch channels to stare into the void, including on the official Fortnite and Twitch channels.

It's a risky move for any developer to voluntarily make its game unavailable for over a day, even one as colossally successful as Fortnite. However, given the obvious interest that The End event generated, as well as the start of Chapter 2, Epic's gamble is likely to pay off in spades.

In this article: art, av, battle pass, battle royale, battlepass, battleroyale, epic games, epicgames, fortnite, fortnite chapter 2, fortnitechapter2, gaming, the end, theend
All products recommended by Engadget are selected by our editorial team, independent of our parent company. Some of our stories include affiliate links. If you buy something through one of these links, we may earn an affiliate commission.