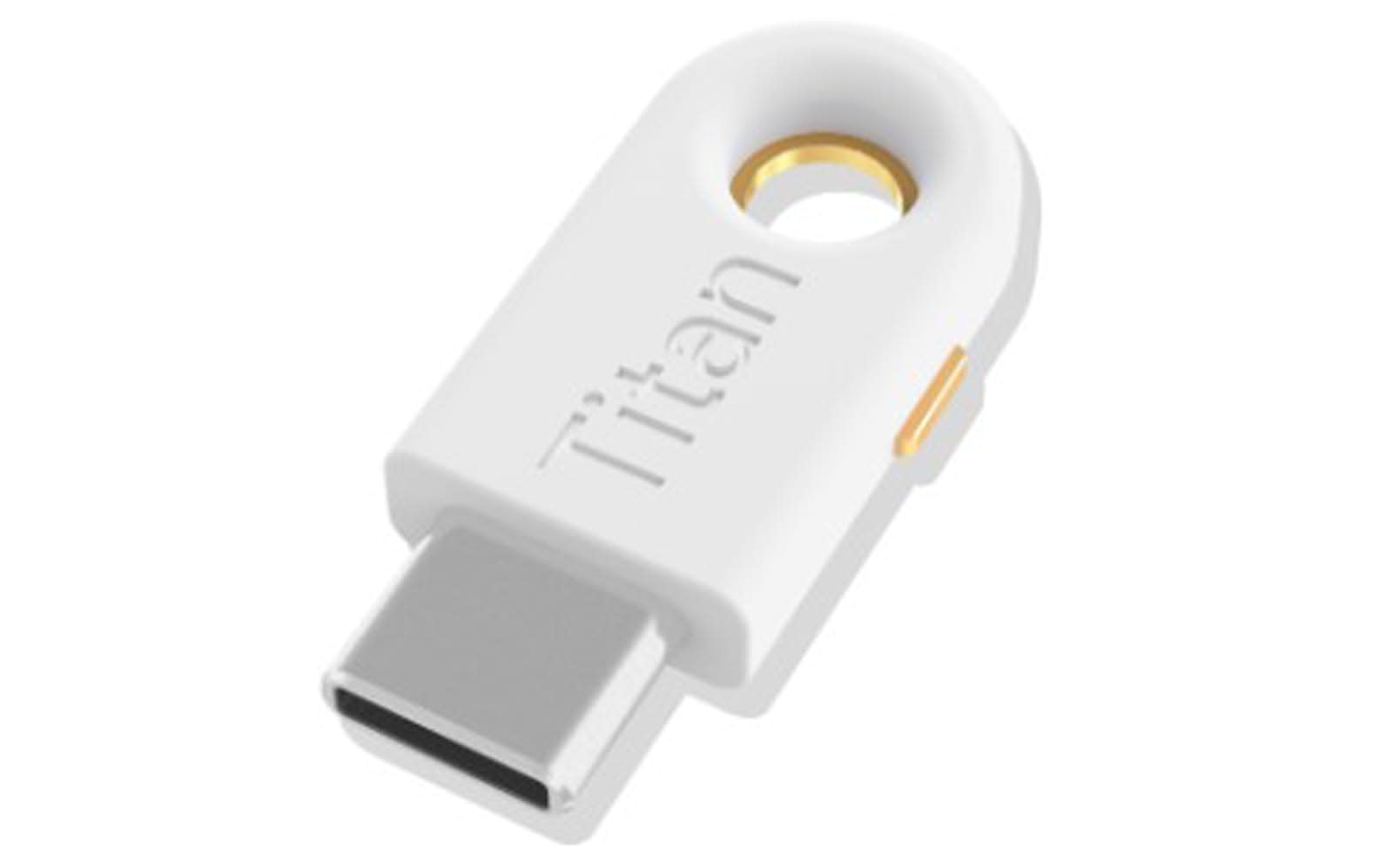 Google has a new security tool will appeal to people with a lot of USB-C devices. On Monday, the company announced a new version of its Titan Security Key that features a USB-C connector, and you'll be able to buy the accessory starting tomorrow for $40 from the Google Store.

The key is compatible with all three major desktop operating systems -- Chrome OS, macOS and Windows -- as well as Android. For iOS support, you'll need a Lightning-equipped key like the YubiKey 5Ci. Additionally, Google says the key features the same secure hardware element and firmware that's built into its two existing Titan Keys.

Like those keys, it's also FIDO compliant, meaning it will work out of the box with password managers like 1Password, as well as websites like Dropbox, Facebook and Twitter. All you need to do is plug the key into your device and you'll be able to authenticate your identity -- useful if you'd like to enroll in Google's Advanced Protection Program. To make the small, USB drive-sized device, Google partnered with Yubico, which makes the 5Ci mentioned above and is considered one of the leaders in the space.

If you're not familiar with physical security keys, they're considered one of the more effective ways to protect yourself online. In 2018, Google began requiring all of its 85,000 employees to start using security keys. Since then, the company said it hasn't seen a single instance of a successful phishing attack. At $40, Google's new security key is among the most affordable options you can buy today. Starting tomorrow, Google will also offer its Bluetooth and USB-A Titan Security Key bundle as two products you can purchase separately. Between the three keys, there are now a lot of options for people who want to take that extra step to secure their logins.

In this article: gear, google, security, titan security keys, two-factor authentication, Yubico
All products recommended by Engadget are selected by our editorial team, independent of our parent company. Some of our stories include affiliate links. If you buy something through one of these links, we may earn an affiliate commission.