Google's Pixel 4 and 4 XL have been leaked so often, and so thoroughly, that it's hard to imagine it contains any surprises at all. Thankfully, that's not completely true. Yes, early reports — including dispatches from Google itself — have exposed just about every component the folks in Mountain View used here. What most of them couldn't fully describe was how different it feels from any of Google's other phones. That's partially because of their tweaked designs, but also because Google is trying to define the Pixels by more than just clean software and great cameras.

As usual, the Pixel 4 and 4 XL share a common foundation: They both use Qualcomm's Snapdragon 855 chipset with 6GB of RAM, they both come with either 64GB or 128GB of storage. The rest of those leaks were spot-on, too. The Pixel 4 and 4XL come in three colors (including a fetching new orange that's easily this year's fashionista pick), and have big triple-camera arrays sitting high on their backs.

With the possible exception of the charming "panda" 2 XL, Google's smartphones have never really been known for their striking designs. That streak continues this year, too -- their designs still come off a little utilitarian compared to some of its rivals. Some people might balk at the phones' simple aesthetic, but I can't say I mind; after all, the Pixels have always tended to prioritize substance over style.

It certainly doesn't hurt that Google has completely changed the way these phones feel -- if you're considering one of the black models, get ready for a glossy, piano-like finish. Only the white and orange variants have matte glass backs, and because of that, they're easily my favorites of the bunch. No matter which Pixel strikes your fancy, though, all of them now have what feel like grippy plastic running around their edges. It was a little disconcerting at first, and even now I can't help but think they feel a little cheap, but at least I didn't have to worry about dropping a demo phone.

Both of these phones also pack what 19:9 "Smooth" displays, which can refresh as quickly as 90 times per second in certain situations -- say, when you're scrolling though long chunks of text. It's not always the most noticeable change, but when you do spot it, it's hard not to wish the screen moved that fast all the time. 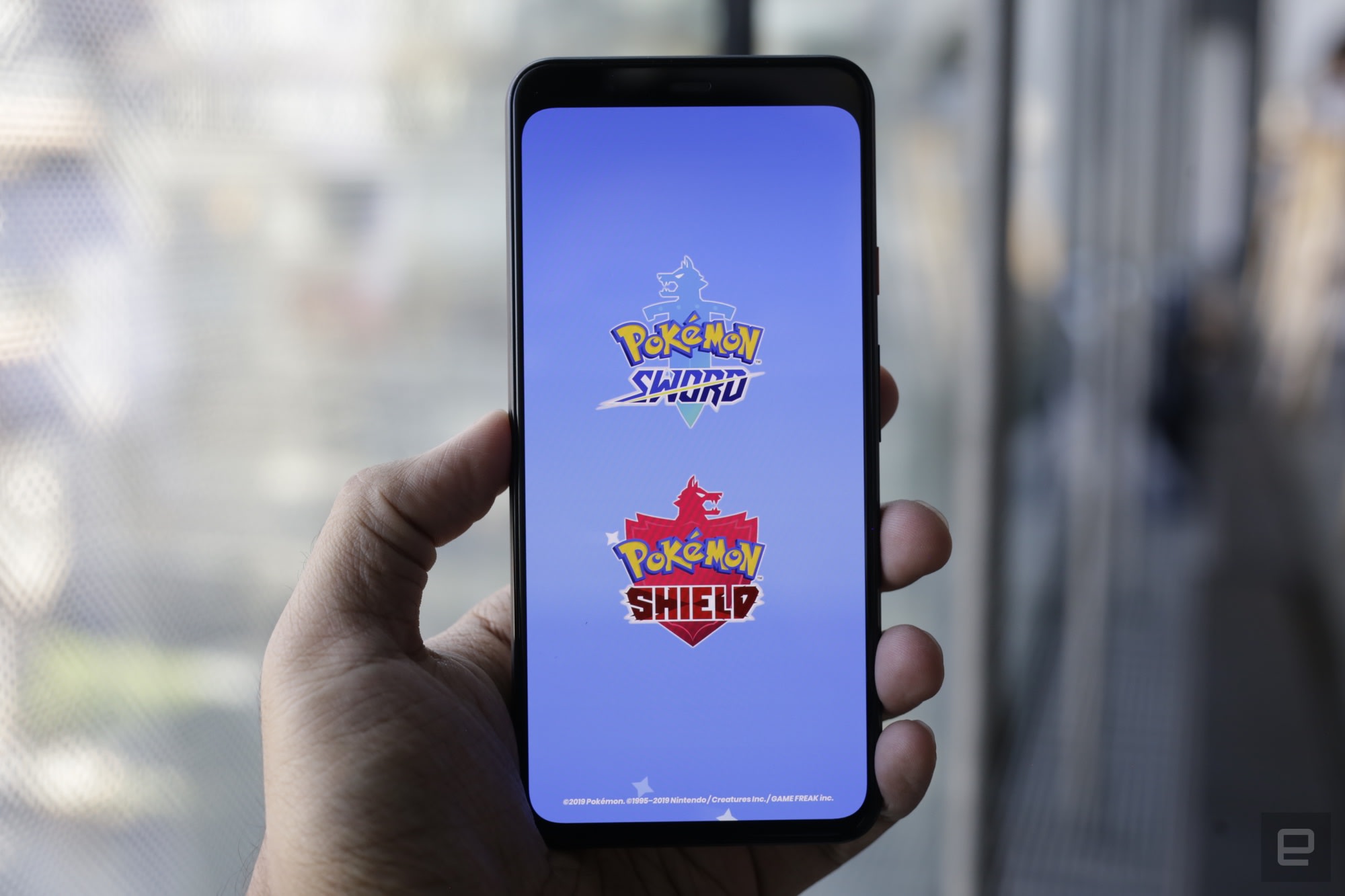 As always, you can poke at the Pixel 4's touchscreen, or squeeze its body if you want to invoke Google's updated Assistant. (More on that in a bit.) Thanks to the company's incredibly tiny Soli radar sensor, though, you can now just wave your hand in front of a Pixel 4 to control it. It's all very Jedi, when it works.

At least in theory, the Pixel 4's Soli system works a lot like the LG G8's Z Camera: some extra hardware spots your hand in front of the phone and prompts the phone to react to your hand gestures. The difference is, using Soli doesn't make me want to tear my hair out. In my very limited time playing with it, Soli did a much better job of recognizing mid-air swipes in front of the phone than the Z Camera ever did, which I guess shouldn't be much surprise.

That said, I am a little surprised at how limited Soli feels right now -- at least on the demo units made available to us, you could flick back and forth between songs using those flicks I mentioned, or disable an alarm by moving your hand closer to the phone. Soli also helps the Pixel 4's face unlock happen faster, by using radar readings to determine when to fire up the front-facing camera. Sure, that's helpful, but hardly what I'd call an exciting use-case. With all that said, though, it's far too early to make a call on Soli's overall helpfulness -- Google had to start somewhere, and it'll take time for developers to embrace it. (Or, you know, decide not to embrace it. We'll see.) 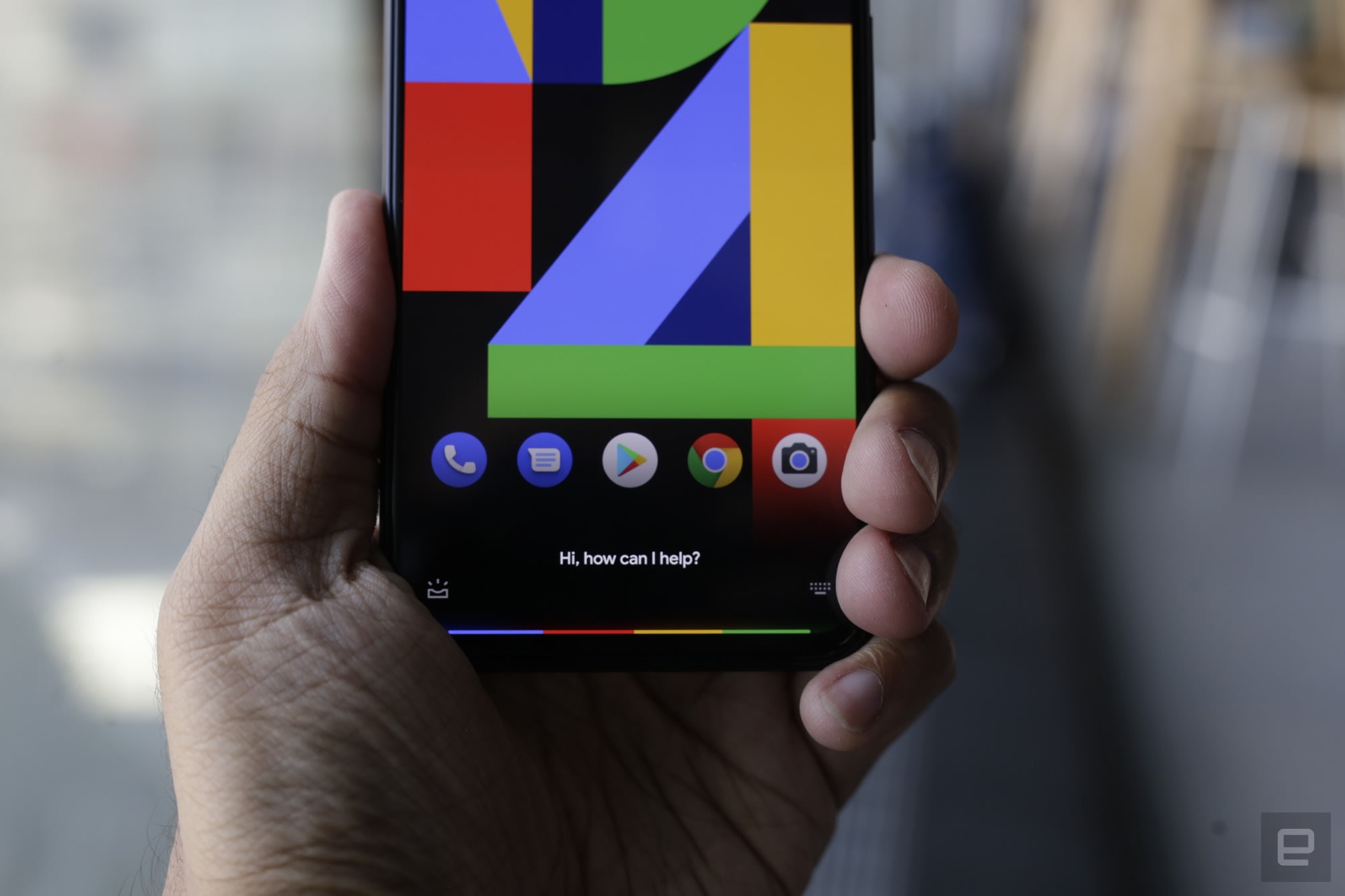 Google's Assistant got a big update here, too -- one that makes it terribly small. As Google said back at its I/O developer conference, the company shrank down its Assistant model to the point where it actually fits inside a smartphone; the benefit here is that many common Assistant commands can be processed without being farmed out to some to remote server. It's a great idea in theory and Google's demos paint an ambitious picture of what the new Assistant can do, but my quick demo experience wasn't nearly as fruitful -- the Pixel 4 had trouble remembering an earlier command when I gave it a new one, so I couldn't have the sorts of lightning-fast conversations I'd hoped for. We'll try this again when we're outside a massively crowded demo room to see if that fixes things. 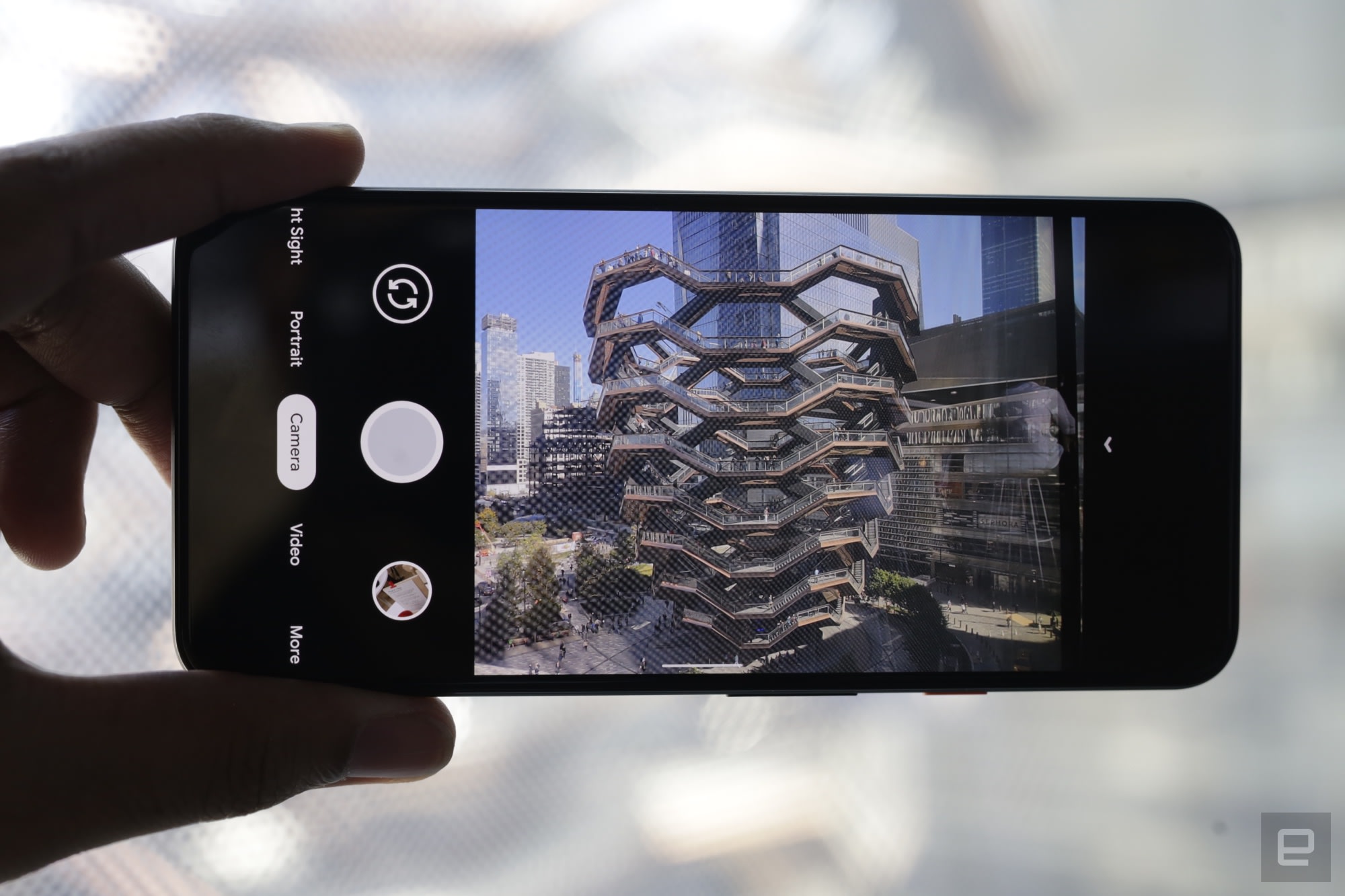 Unfortunately, there's only so much we can test about the camera in a crowded demo area, but one thing I can definitely say is that Google's implementation of zoom is extremely impressive. Last year, Google used computational photography to account for the lack of a dedicated telephoto lens like its competitors have, but this year Google added a second lens and paired it with its AI smarts. At first glance, it's an impressive combination. You don't ever need to worry about switching between the Pixel 4's two back lenses, you just slide the zoom bar to where you like, shoot the photo, and Google's software takes care of the rest.

Google's implementation dual sliders to let you capture more detail in both dark and light parts of a frame is simple in practice but should be very handy for anyone who wants a little more flexibility in how they shoot. Other features, like shooting a night sky to capture a dark, detailed star field we'll obviously have to try out on our own.

That Recorder app: I've long relied on an AI transcription app called Otter.ai to do the exact same thing the Pixel's new Recorder app does, and Google's live transcriptions work well enough that I just might have to cancel my Otter subscription. Sorry guys, no hard feelings!

These batteries: Reports published prior to event claimed the smaller Pixel would pack a 2,800mAh battery, and that the XL would use a 3,700mAh cell. I haven't been able to confirm that just yet, but if true, we could be looking at another year of disappointing Pixel battery life. There's no word yet on how much power the Soli radar requires, but driving these displays at 90Hz is no small feat, and devices like the OnePlus 7 Pro and Razer Phone 2 with similarly fast screens pack bigger batteries to cope. This would also mean the Pixel 4 has a slightly lower capacity battery than last year's Pixel 3, which, yeah, doesn't feel great.

All products recommended by Engadget are selected by our editorial team, independent of our parent company. Some of our stories include affiliate links. If you buy something through one of these links, we may earn an affiliate commission. All prices are correct at the time of publishing.
Google Pixel 4 and 4 XL hands-on: More cameras, more ambition
gear
google
hands-on
mobile
pixel
pixel 4
pixel 4 xl
pixel4event
pixel4xl