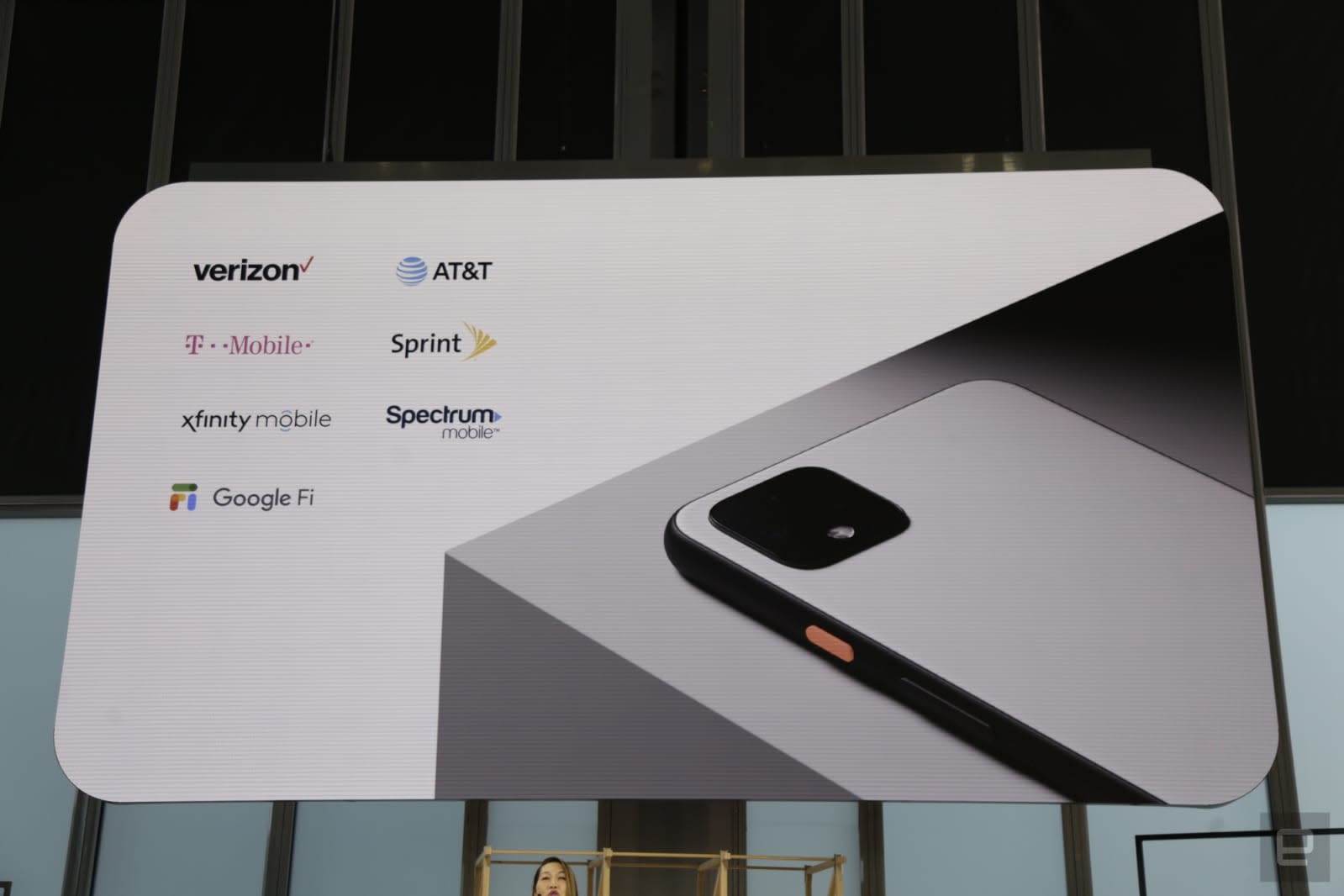 You no longer have to subscribe to Verizon (Engadget's parent company) if you want to buy a Pixel phone directly from a US carrier. Google has announced that the Pixel 4 series will be available through all major US networks, and then some. In addition to Big Red and Google Fi, you can also expect AT&T, Sprint, T-Mobile, US Cellular, C Spire, Cellcom, Spectrum Mobile, Visible and Xfinity Mobile to carry the Android flagships.

Pricing and availability at each network hasn't been revealed as we write this, although it's safe to say it won't be on shelves earlier than October 24th. Really, the news here is the Pixel 4's sheer ubiquity. While the Pixel line has been available through multiple carriers in other countries, the Verizon exclusive limited Americans' exposure to the handsets -- an everyday shopper isn't about to visit Google's website to buy a phone sight unseen. This ensures that many more people will see the Pixel 4 and potentially choose it over one of its many competitors.

Update 10/15 1:25PM ET: Launch details are trickling out from major carriers. AT&T will sell the Pixel 4 and 4XL starting at $28 and $32 per month respectively on a 30-month installment plan. Google's original Android carrier, T-Mobile, will offer both phones for $33 per month on a two-year plan (plus $100 up-front for the XL). Verizon is asking $33 per month for the base Pixel 4 and $37 for the 4 XL, but neither requires a down payment. And yes, all these carriers are taking pre-orders with a release on October 24th.

In this article: android, att, c spire, cellcom, gear, google, google fi, mobile, pixel 4, pixel 4 xl, pixel4event, smartphone, spectrum mobile, sprint, t-mobile, verizon, visible, xfinity mobile
All products recommended by Engadget are selected by our editorial team, independent of our parent company. Some of our stories include affiliate links. If you buy something through one of these links, we may earn an affiliate commission.