The pure-electric SUV will have 402 horsepower.

Not to be outdone by its electrified-performance sibling Polestar, Volvo today unveiled its all-wheel-drive (AWD) XC40 Recharge pure EV at an event in Los Angeles. The car looks exactly like its gas-powered counterpart and will house a 78kWh battery pack underneath the passenger area. This isn't the first time this vehicle has been used by the automaker to introduce a new technology or service. Care by Volvo was initially available only for the XC40.

Plus, if you're going to introduce an EV that will sell well in the United States, making sure it's an SUV or crossover is a bit of a no brainer. The sedan market continues to shrink as Americans opt for larger and taller vehicles.

While we still have to wait for EPA tests for an official range, Volvo is targeting over 200 miles of mixed driving between charges. The XC40 EV will support DC fast-charging port and says it can be charged to 80 percent from zero in 40 minutes. In a bit of a surprise, the dual motors will output 402 horsepower and 486 foot-pounds of torque. More powerful than expected for a small SUV. The zero-to-60 time will be 4.7 seconds. Not exactly a drag racer, but still quick.

It will be the first Volvo to use Android's Automotive OS and will support over-the-air updates. Volvo says the car will be updated regularly and will be better over its lifetime. This is the same pitch as Tesla and it's working well for that company. 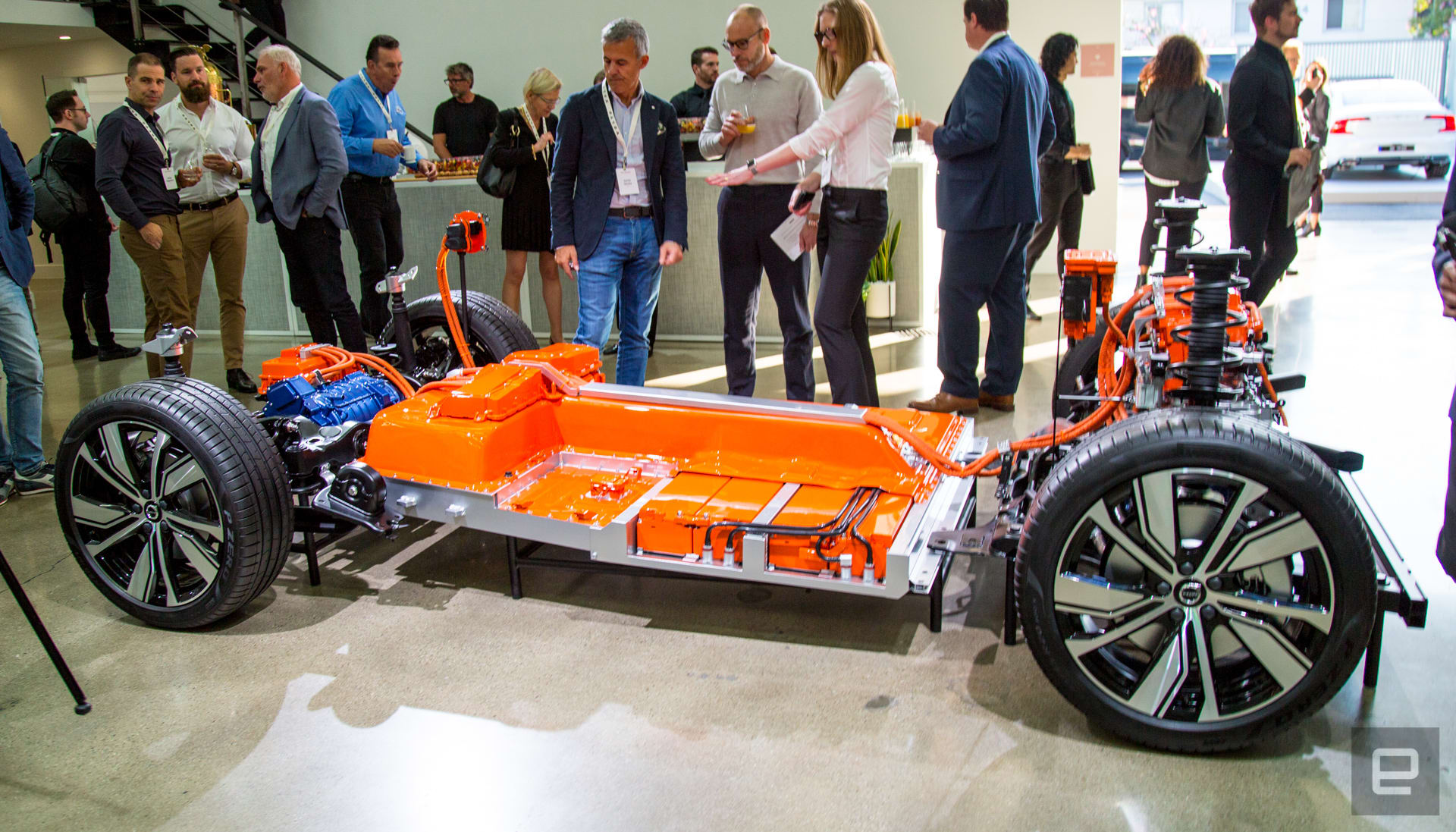 The news comes on the heels of Volvo announcing that it would reduce its per-car lifecycle carbon footprint by 40 percent between 2018 and 2025. That means that each car built in 2025 will have a 40 percent lower carbon footprint than those built today. Volvo hopes to become carbon neutral by 2040. "We believe there should be real action from the business community," said Volvo CEO Håkan Samuelsson.

In addition to its own manufacturing processes moving quickly to renewable and recycled practices, the company is pushing its suppliers to do the same thing and do so ethically. Currently one of its battery suppliers is using recycled cobalt from old batteries.

Samuelsson noted Volvo's commitment to safety as a blueprint to its goal of reducing carbon emissions. But he also said that this would also make the company better and lead to economic growth. It set a target that half of its sales in 2025 will be BEVs (battery electric).

The company said that the advancement in gas engines will not lead to lower emissions and that electrification was the only real path to that goal.

Future EVs will be part of the company's Recharge lineup which will include hybrids and BEVs. So get ready for an XC60 Recharge, S60 Recharge and well, you get the point. 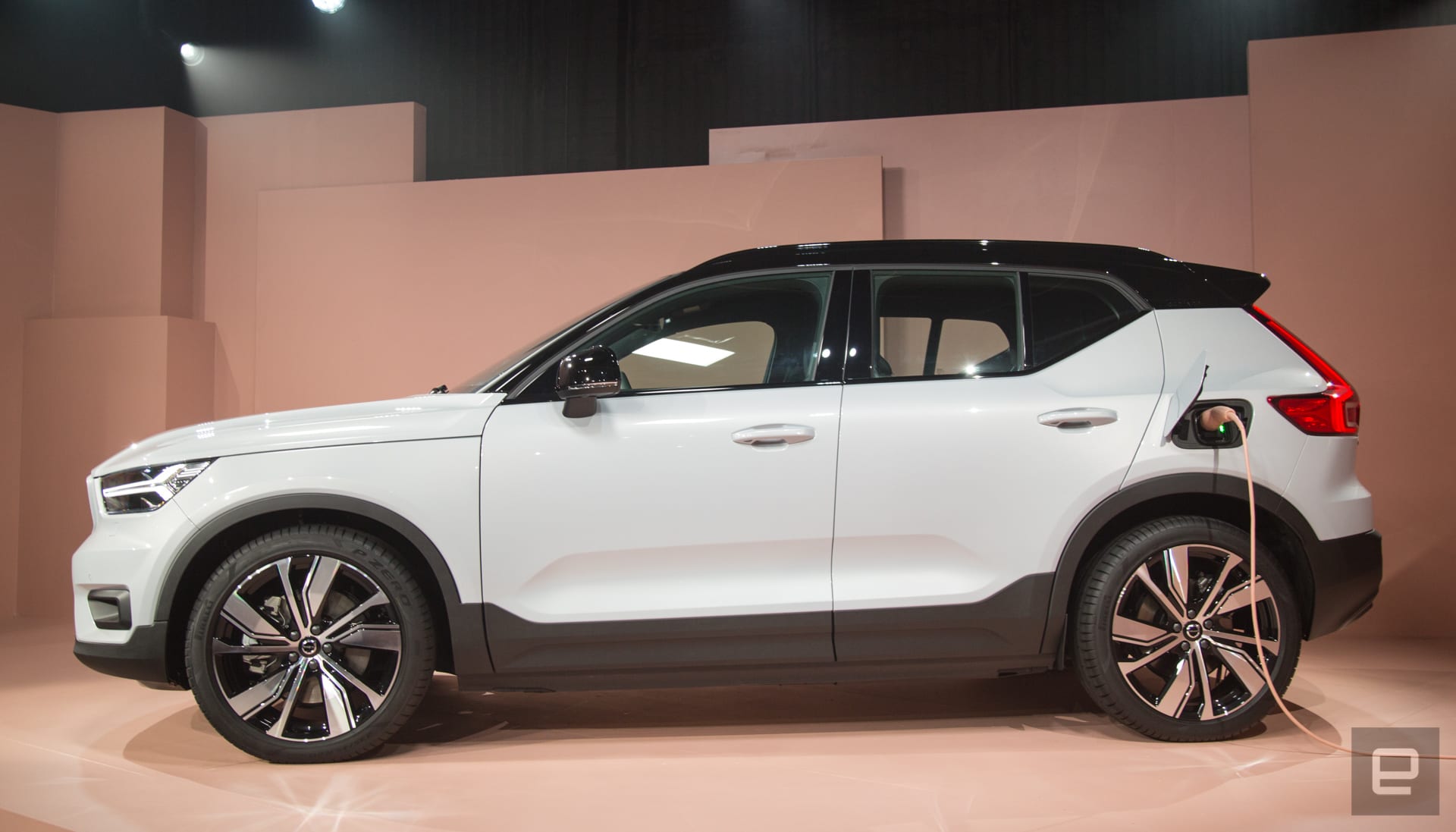 The automaker also announced that beginning today, all hybrids will be sold with one year of free electric charging. The automaker will make sure that plug-ins will be available in every car in its lineup and will triple the capacity of plug-in production to reduce wait times for orders.

All products recommended by Engadget are selected by our editorial team, independent of our parent company. Some of our stories include affiliate links. If you buy something through one of these links, we may earn an affiliate commission. All prices are correct at the time of publishing.
Volvo unveils the XC40 EV, its first full-electric vehicle
electric vehicle
ev
gear
green
transportation
volvo
volvo xc40
volvo xc40 ev
xc40