Crowdfunding is better than Netflix for YouTube's creep queen

Christine McConnell is back, but don't call it a necromancy.
J. Conditt|10.17.19
@JessConditt

One day six months ago, Christine McConnell picked up the phone and learned that her Netflix show, The Curious Creations of Christine McConnell, wouldn't be renewed. The production company called with the news, citing an email it had received from Netflix. McConnell had been floating in limbo since her first season wrapped and aired around Halloween last year, unsure if she'd get another chance at streaming stardom.

Curious Creations starred a menagerie of creepy-cute Jim Henson puppets, including an undead raccoon named Rose, who helped McConnell create intricate, spooky sweets and complete impressive home-improvement projects. It catered to viewers desperate for a show blending the sensibilities of Martha Stewart with the morals of Morticia Addams. It was witty, clever, informative and visually delicious. And then, with one phone call, it was over.

"It was a bummer," McConnell said. "I've never actually spoken with anyone at Netflix. They didn't email me, and I never heard what the reasoning was, so I'm in the dark about what that was about."

McConnell said the folks at Netflix were always kind, when they actually interacted with her, and she'd jump at the chance to work with the company again. But, for now, she doesn't need Netflix.

On July 17th, McConnell launched her own monthly YouTube series called From the Mind of Christine McConnell, alongside a Patreon account where fans can donate to fuel her twisted ambitions. In each episode, McConnell walks viewers through a ridiculously detailed goth-tinged project, all with the patience and chicness of a 1950s homecoming queen. So far, she's transformed a $100 pull-out sofa into an expensive Victorian masterpiece, baked a 500-pound gingerbread version of the Winchester Mystery House, and created light-up fall decorations that would likely cost hundreds of dollars at any Spirit store.

On-screen, McConnell is soothing and stunning as she rips apart fabric, drills into wood and solders wires. She's 38, though she appears ageless and wise, even when making jokes about keeping her cameraman -- who happens to be her real-life husband -- locked in a cage under the floorboards. This dichotomy between femininity and force is an important part of McConnell's brand.

"I usually like looking terrible while I work," she said. "Getting made up is such a chore, and I literally look like a corpse when I'm not made up. Having to paint on a human face every day that you want to work on something is not very fun."

But, it's worthwhile. Working with power tools and creating terrifying tableaus while embodying an idealized version of feminine beauty, McConnell is a living (undead, even) example of woman-driven strength. Think Rosie the Riveter, but in a hand-stitched floral sweater and high-rise skinny jeans. This message of empowerment is an unspoken, visual thread running through all of her work, and it comes completely naturally to McConnell.

"That all just comes from my mom," she said. "She was a general contractor, and she was always doing really insane grunt-work type stuff but had blush on and lipstick and lacy blouses on.... I don't mean to say anything not nice about men, but my mom told me from a very early age, 'Just because they're men doesn't mean they know everything. You can know everything they know too.'" 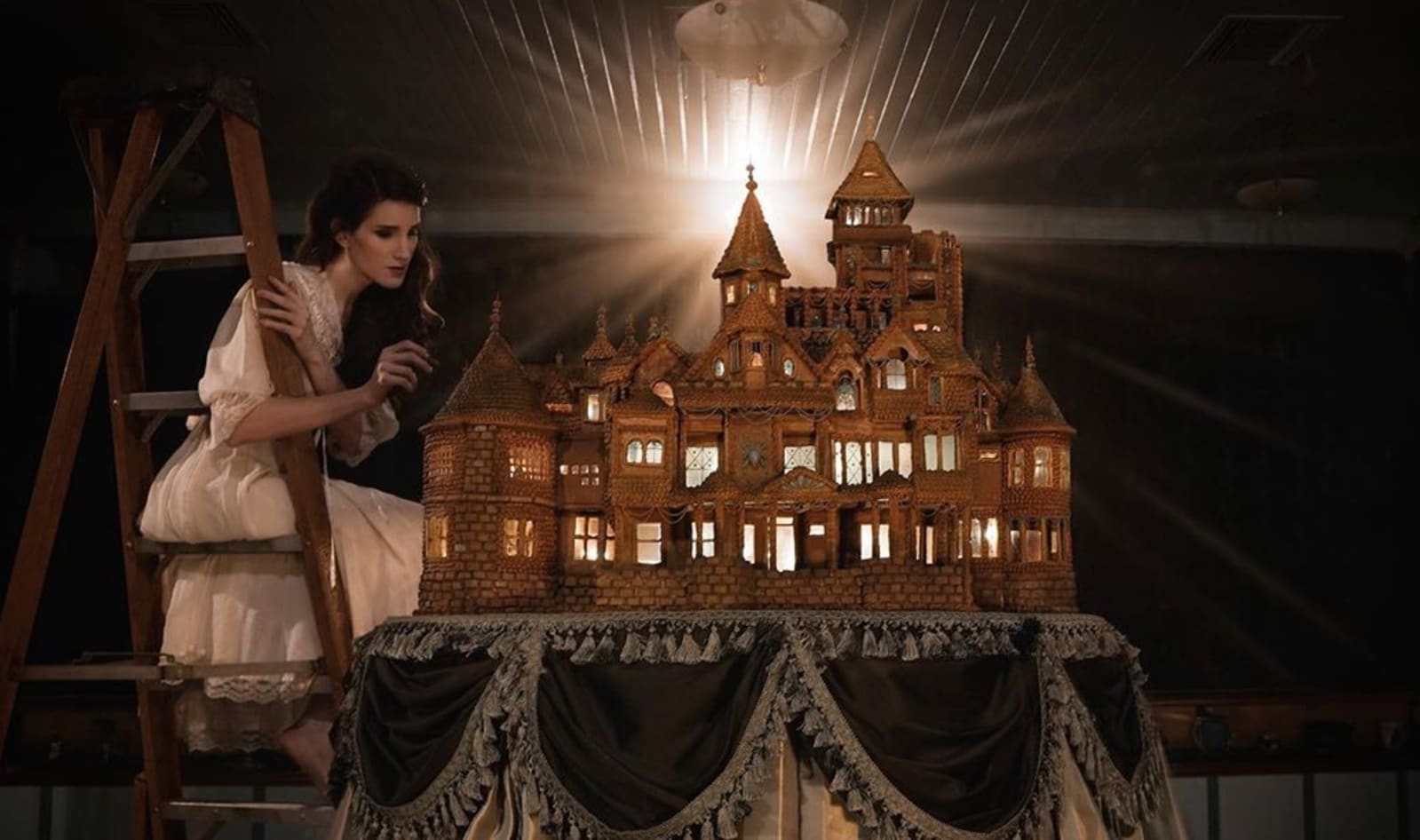 McConnell is a self-described sponge, soaking up knowledge and mechanical skills at every stage of her life. On the Netflix show, for instance, she learned a lot about puppet-making and creature design simply by watching folks from the Jim Henson Company, who provided her furry, decomposing co-stars. All of this knowledge is piped into From the Mind of Christine McConnell, where McConnell herself is a one-woman construction crew, patisserie and host. She's used to creating art on her own, photographing herself with her projects, editing the shots and sharing them online. She's done a lot of branded work this way, baking a cake in the shape of a Xenomorph head for the launch of Alien: Covenant, and one for Mortal Kombat 11 that looked like an arcade cabinet with Raiden busting through the glass.

It's simply not possible to do everything on her own for From the Mind of Christine McConnell. She already stars in, writes and edits the program, alongside fulfilling Patreon promises, a step that takes up a ton of time. Still, the show requires music and a cameraman, and that's where her husband comes in. He helps with filming and editing, and he composes all of the music from scratch.

As McConnell has built up an online presence over the years, she's kept her marriage on the down-low. The YouTube series is the first time many fans are learning about her relationship status.

"People like mystery, which I could maintain for a while," she said. "But then I realized like, OK, he's actually going to be contributing to this. It wouldn't really be fair if I kept him completely shackled to the basement at all times." 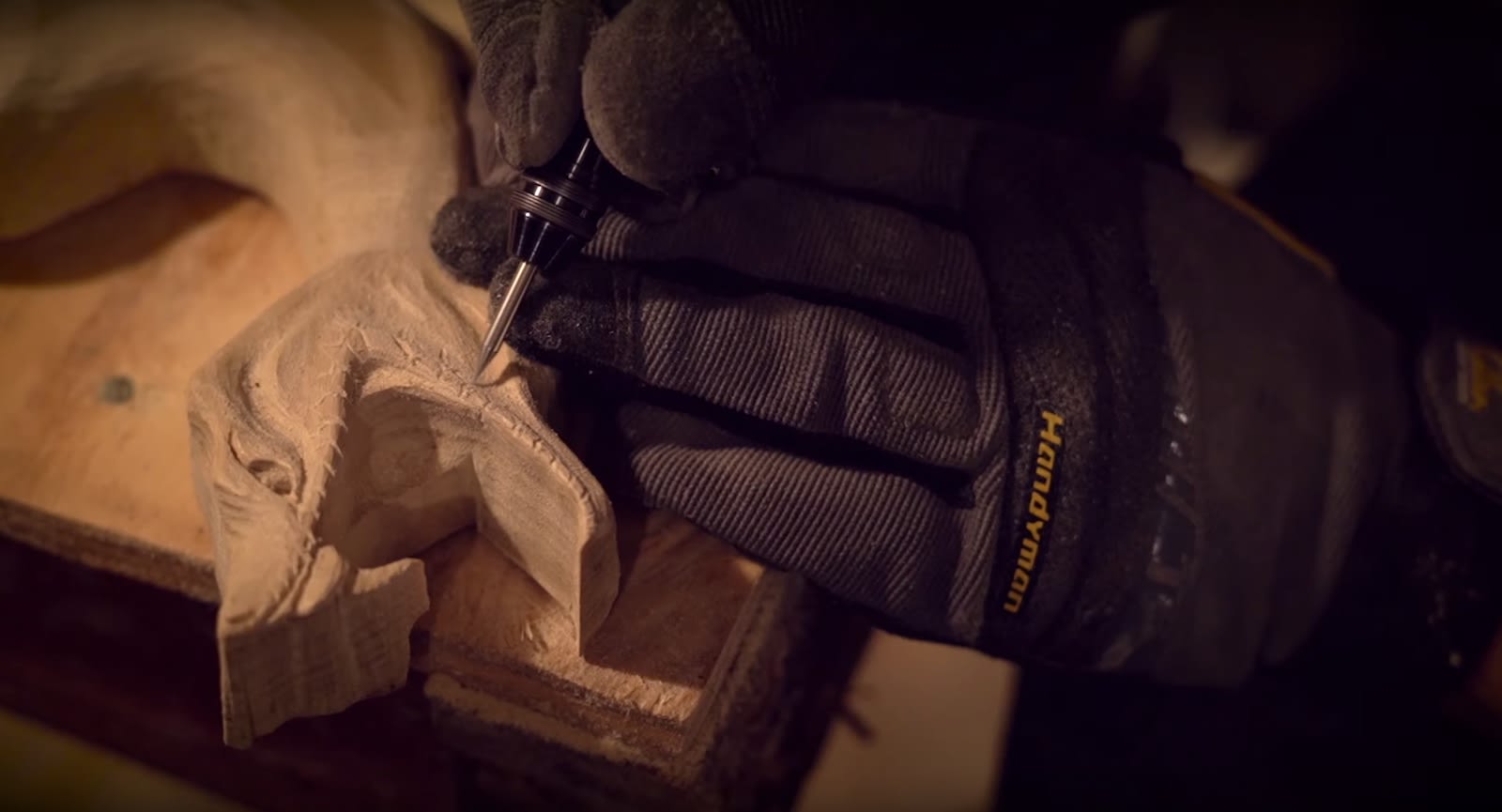 McConnell is unshackled, too. Without the demands of a studio like Netflix influencing her creativity, she's free to tackle any project she wants to, in any way she wishes. And with Patreon, she has a stream of reliable income for the first time in her artistic career. Every month, more than 3,000 fans contribute to her page in $3 to $100 increments.

McConnell said she's never had this kind of financial security before, even with the Netflix deal.

"I'm sure there are so many people that are successful social media stars, YouTube people, and they think having a show on Netflix is the answer to everything," McConnell said. "They don't know that they're actually in such a better position to completely own their brands and have this totally new kind of income that didn't exist 10 years ago. It's just so much better." 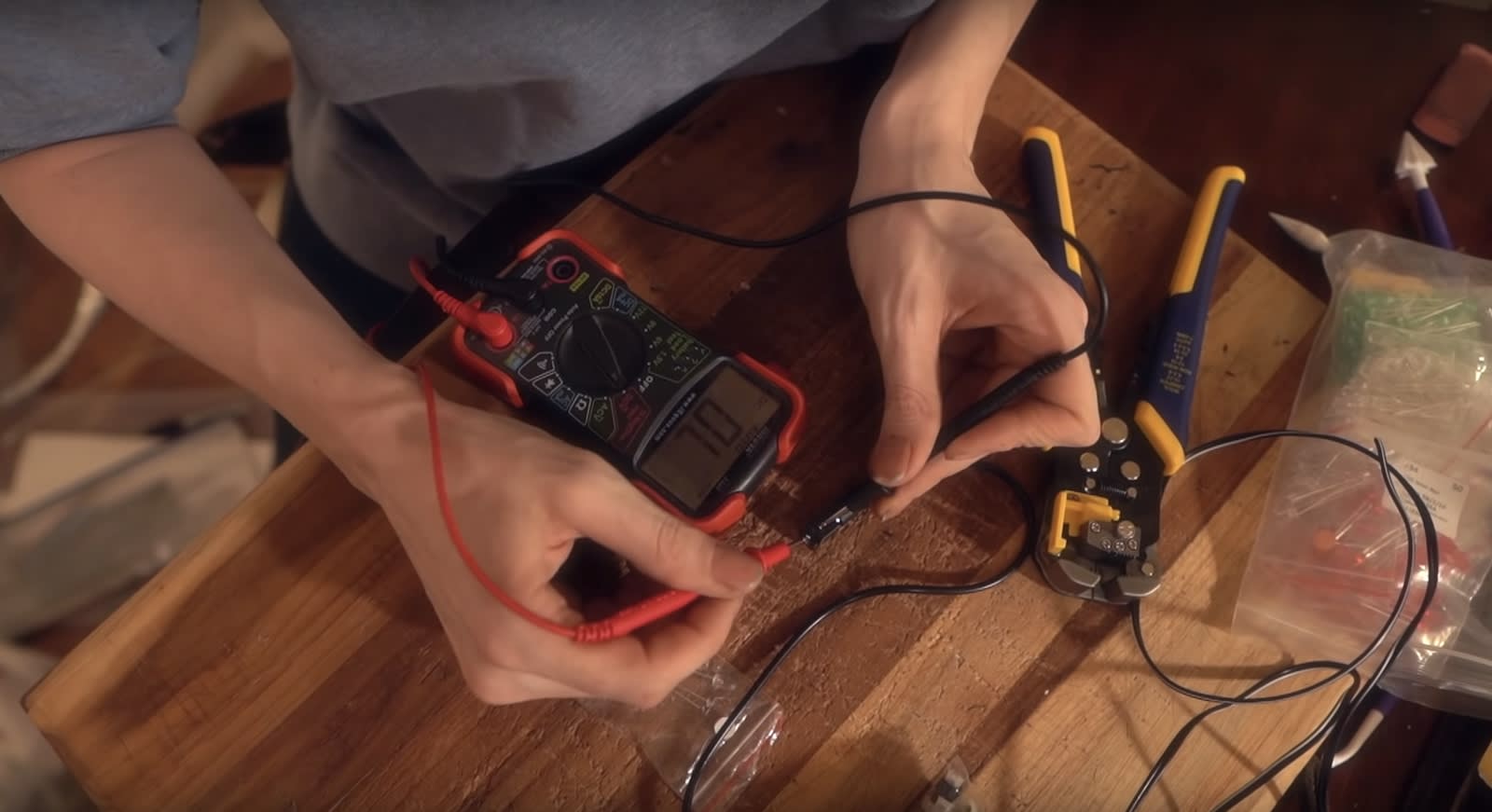 On top of Patreon support, the YouTube channel for From the Mind of Christine McConnell already has nearly 90,000 subscribers. With financial security and creative freedom at her fingertips, McConnell has big plans for her YouTube show. She's going to make shoes from scratch and even jewelry -- and we're not talking about hobbyist bangles and necklaces. McConnell plans on melting metal to craft high-quality, bespoke pieces, most likely with a deliciously spooky twist.

That's part of McConnell's charm. She'll start with an idea, like reupholstering a couch, and push its details to their absolute limits, ending up with a completely rebuilt, shaved down, re-covered and lovingly embellished piece of art that happens to double as furniture. She'll soothingly talk you through the steps and make it seem easy. She'll look fantastic while she does it. Just don't pay attention to the quiet screaming emanating from under the stairwell -- that's only the cameraman.