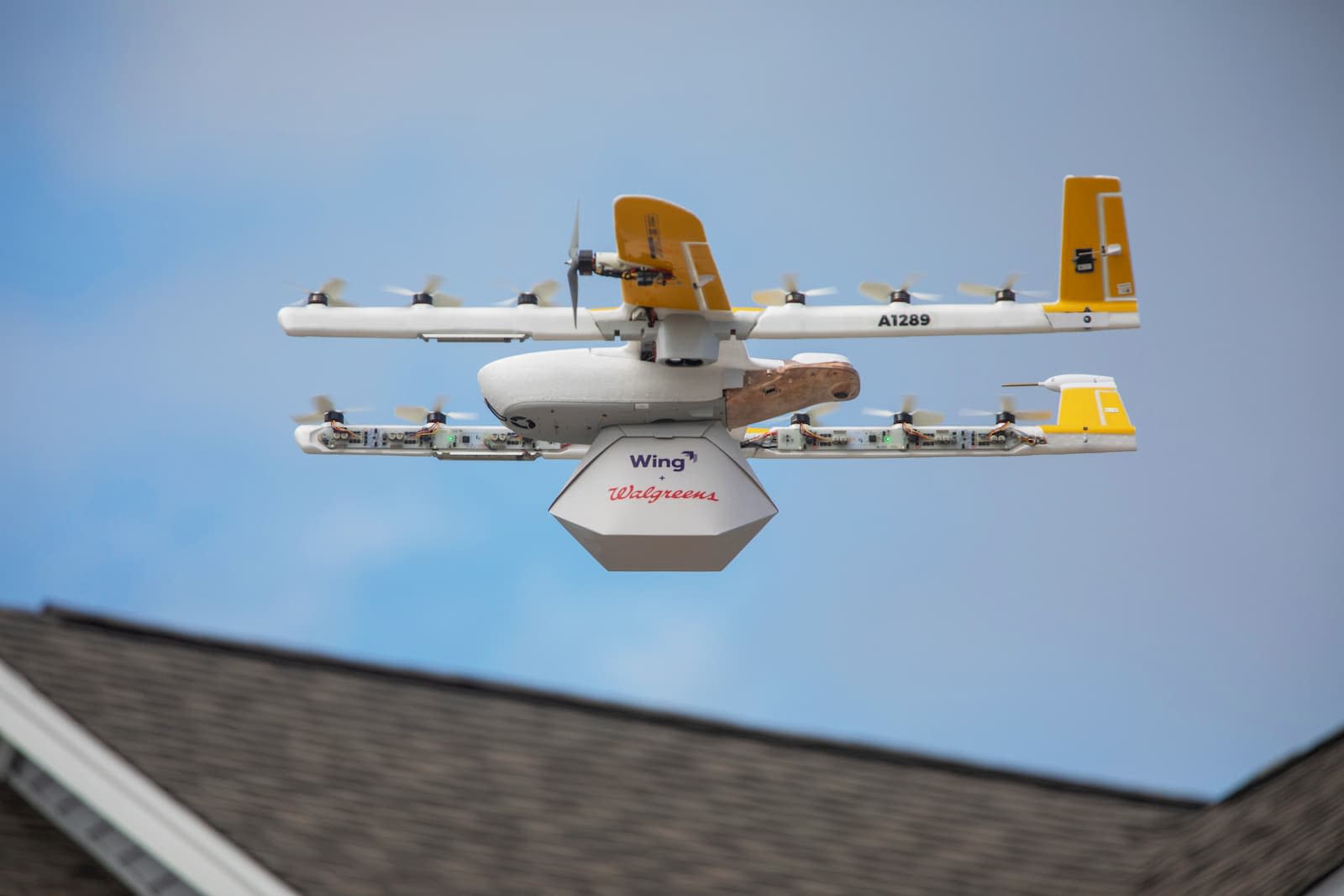 Alphabet's Wing has started making deliveries by drone to homes in the US for the first time. During a pilot program in Christiansburg, Virginia, drones will drop off packages from FedEx, Walgreens and local retailer Sugar Magnolia, which include over-the-counter medication, snacks and gifts. Alphabet says it's the first commercial drone delivery service to homes in the country.

The Federal Aviation Administration has granted Wing an expanded Air Carrier Certificate. It has permission to "allow multiple pilots to oversee multiple unmanned aircraft making commercial deliveries simultaneously to the general public." UPS also received FAA certification for commercial deliveries this month, but it will stick to hospitals and medical campuses for now.

Folks in Christiansburg can order goods from Walgreens or Sugar Magnolia through the Wing app, and a drone will drop off their order to a pre-determined location in their yard or driveway. They can also opt in to have FedEx Express deliveries made by drone. The trial follows other Wing pilot projects in Australia and Finland.

In this article: alphabet, drone, drone delivery, dronedelivery, drones, google, tomorrow, transportation, virginia, wing
All products recommended by Engadget are selected by our editorial team, independent of our parent company. Some of our stories include affiliate links. If you buy something through one of these links, we may earn an affiliate commission.