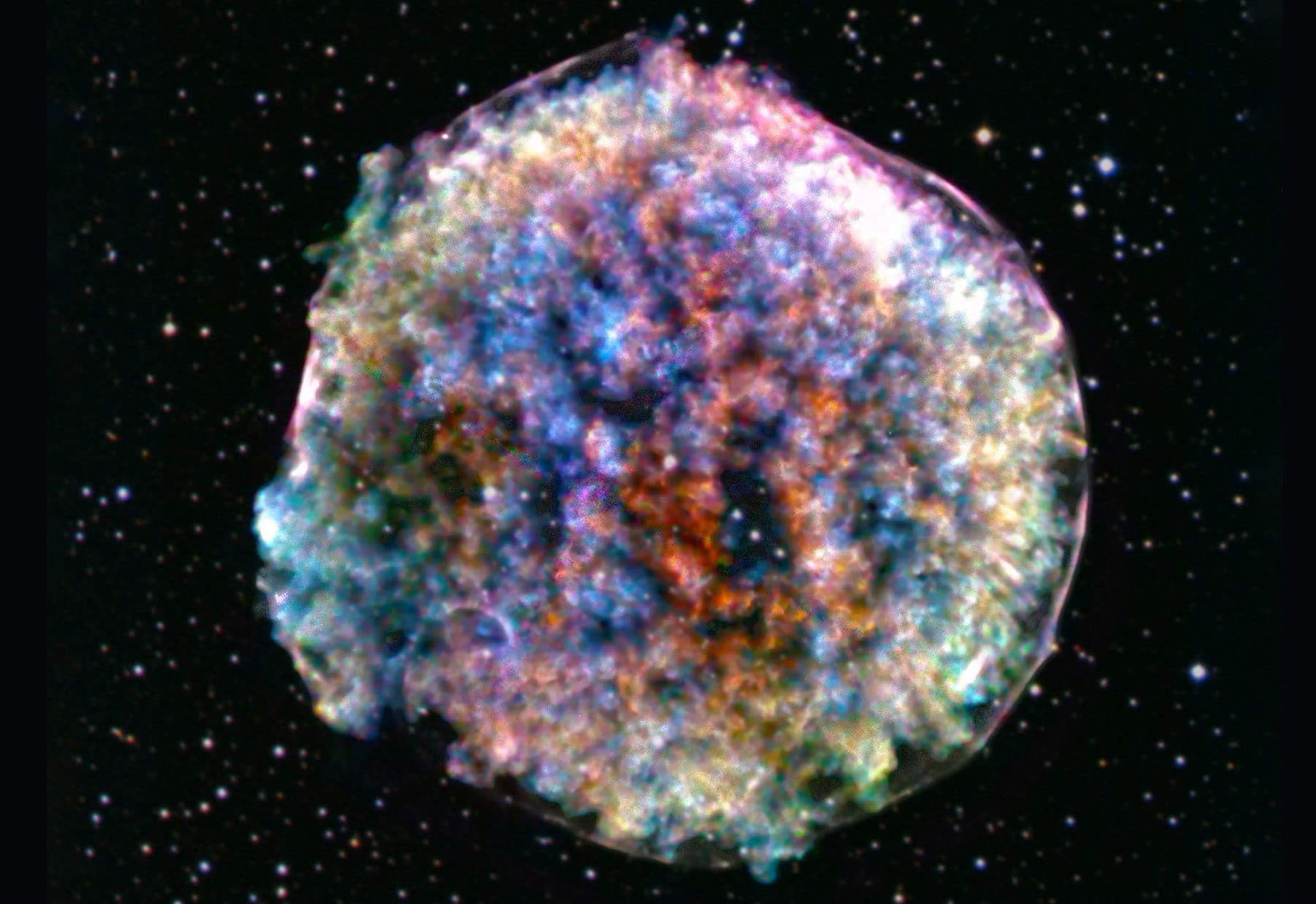 A star died violently and left behind this 'fluffy' ball

Stars die all the time, but the untimely passing of SN 1572, also known as Tycho's Supernova, is possibly the most famous. That's because it's relatively close to us in the Milky Way's Cassiopeia constellation, so when it exploded in the year 1572, it became the second-brightest object in the night sky for a time. It caught the eye of many astronomers of the day, but was named for Danish astronomer Tycho Brahe, who made the most accurate observations.

Recently, NASA took another look at SN 1572 using the 20-year-old, still functioning Chandra X-ray Observatory. Scientists were keen to figure out what caused the lumpy knots and threads that make it look like a giant dust bunny.

SN 1572 exploded in what's called a Type 1a supernova that happens when a dense white dwarf star around the same weight as our Sun merges with a nearby companion star. The resulting explosion annihilates the white dwarf and blows its matter outward into space. Those chunks glow brightly in the X-ray wavelength because they're heated by shockwaves generated by the explosion "similar to sonic booms from supersonic aircraft," NASA explained.

The X-ray image above shows red and blue silicon elements moving toward and away from us, respectively, along with other elements in yellow, green, blue-green, orange and purple. That's overlaid onto an optical image of stars in the same field of view, taken by the Digitized Sky Survey.

In one theory on the formation of the knots, the matter in the star was relatively smooth after the explosion, then became clumpy later. In another, the explosion itself created the clumpiness. To test these out, scientists created two different simulations of each of those scenarios and let them run to see how they compared against the real Chandra image.

It turned out that the supernova remnant strongly resembled the simulation that generated the clumps from the explosion itself. "While scientists are not sure how, one possibility is that star's explosion had multiple ignition points, like dynamite sticks being set off simultaneously in different locations," NASA explained.

The research is key to helping scientists calculate supernovae brightness, which in turn helps them better understand the expansion of the universe. It's also key to figuring out how exploded stars distribute elements like iron into future planets and stars. Meanwhile, the Tycho Supernova keeps expanding as the ongoing, slow-motion explosion continues.