Last year, I tested BenQ's $1,500 HT2550 4K HDR projector, and was smitten by the big, sharp image. I also liked that it took up no space in my tiny Paris apartment. However, it had a few flaws, particularly a weird "frame" around the image caused by leaking light, so I decided to wait before getting one myself.

I'm glad I did, because earlier this year, BenQ unveiled the HT3550 4K projector. For the same $1,500, it's improved in several areas. A new 0.47-inch DLP chip (for more about this other projector things, read Engadget's explainer) reduces that annoying frame by about a quarter. It also has better color accuracy and deeper blacks.

The HT3550 is a bit slimmer than the last model, so it sticks out less. With a bronze-accented front and white plastic body, it looks fairly classy, even compared to much more expensive models from Sony and JVC.

On top, you'll find the power switch, menu controls and dials for focus, zoom and vertical lens shift. There are two HDCP 2.2 HDMI ports that support 4K resolution on the back, along with a stereo mini and optical audio outputs, USB 3.0 media reader port and a USB port. The latter won't power Google's 4K Chromecast, though, so you'll need a nearby AC plug for that. 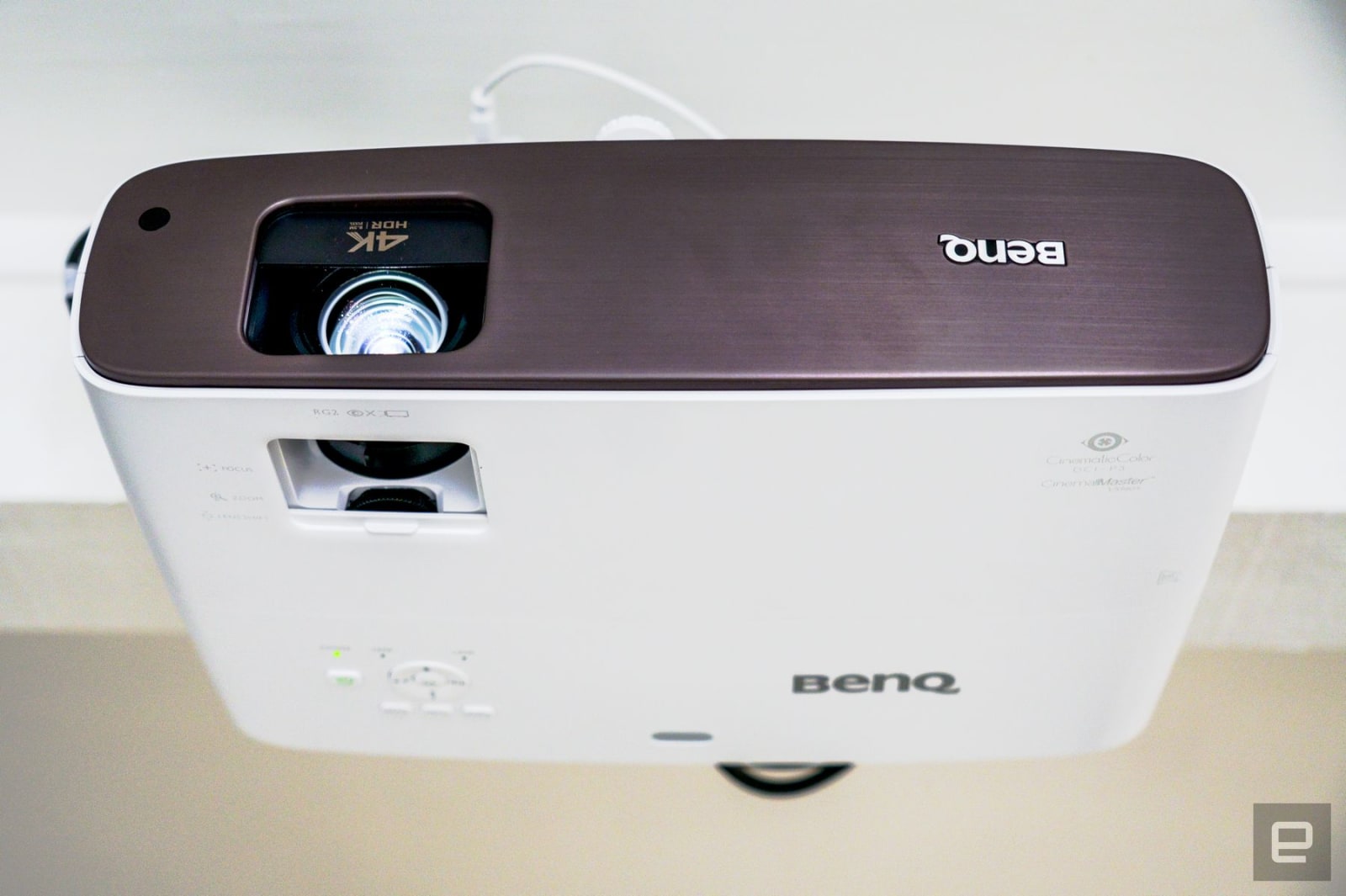 I had trouble when I tried to mount the older HT2550 review unit on my ceiling due to a lack of vertical lens shift. However, the HT3550 does have that option, so I was able to ceiling mount it and get a perfectly square image. It does this optically, rather than using a digital "keystone" correction, so there's no loss of sharpness.

The zoom level was perfect for my 75-inch screen, but you'll need 11 feet of space to get a 120-inch image. As for sound, I have a 4K cable box with a Devialet speaker, but most folks will need a home theater sound system. If that's not an option, the HT-3550 has better-than-average built-in speakers that will do in a pinch.

Once set up, I ran the HT3550 with the default settings. In "Cinema" mode, the image is factory-calibrated out of the box for the best color accuracy. That makes things simpler for first-time projector buyers who don't want to futz with adjustments. 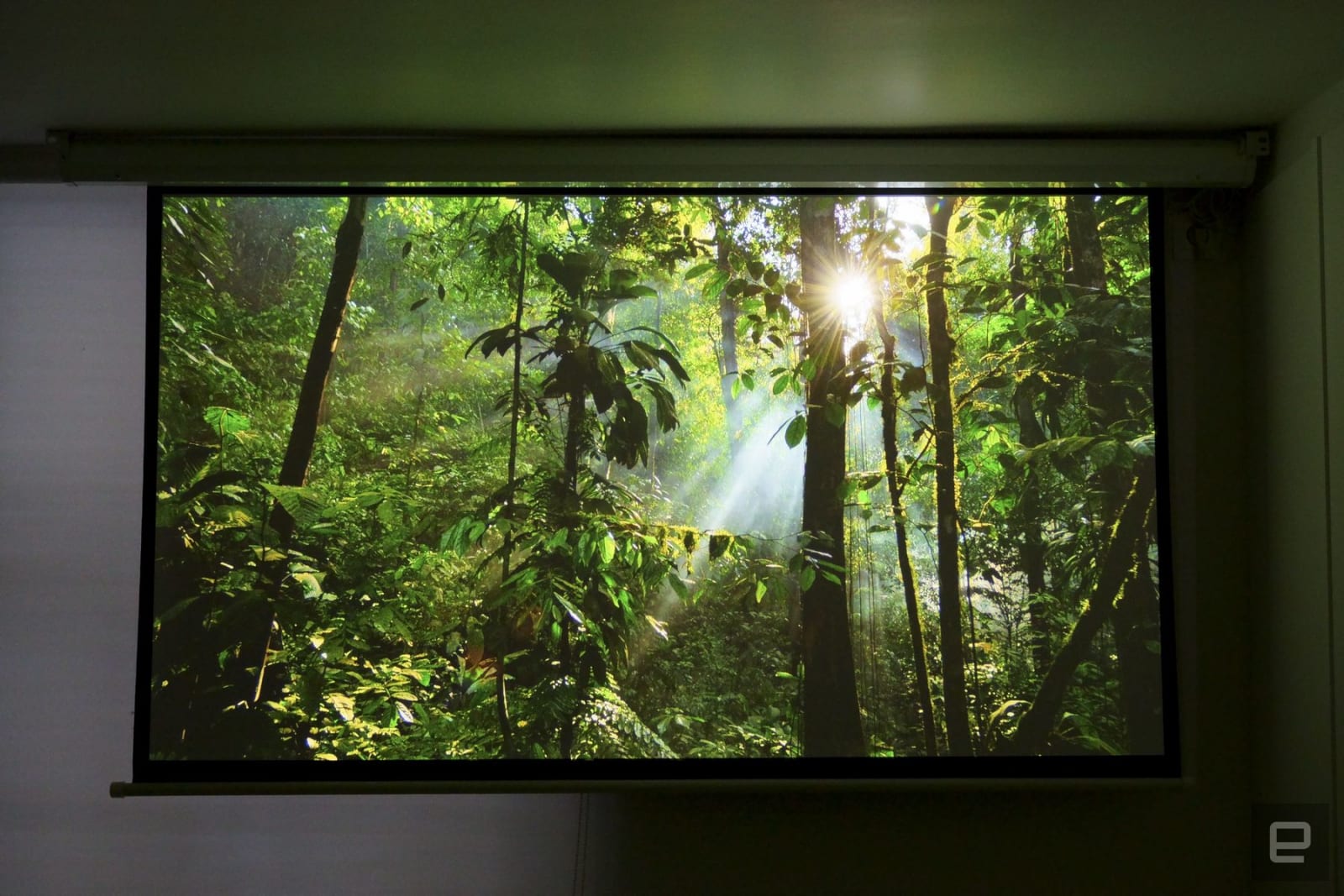 The DLP is a 1080p and not a "native" 4K chip. However, the pixel-shifting tech delivers a full 4K image to the screen in the correct time frame (1/60th of a second), so technically, the image is 4K. In any case, 4K Netflix videos were noticeably sharper than 1080p videos.

If HDR is more your thing, the projector automatically kicks in to that mode if it senses HDR content. With Netflix 4K HDR shows, I didn't see the same leap in HDR brightness as with, say, a QLED TV. However, there was noticeably more detail in bright and dark scenes than with regular SDR content, and the colors popped a bit more.

The HT3550 isn't the brightest projector, but the image was watchable even with the blinds up. Most importantly, the dark "frame" around the image was much less noticeable and distracting, as promised. It's still there, however, which is a drawback compared to LED projectors like Epson's $1,999 Home Cinema 4010. As for black levels, they're excellent for a budget projector, thanks to BenQ's dynamic iris that adjusts to match the content. It works smoothly with no visible flickering during scene changes, which can be a problem on dynamic iris projectors. 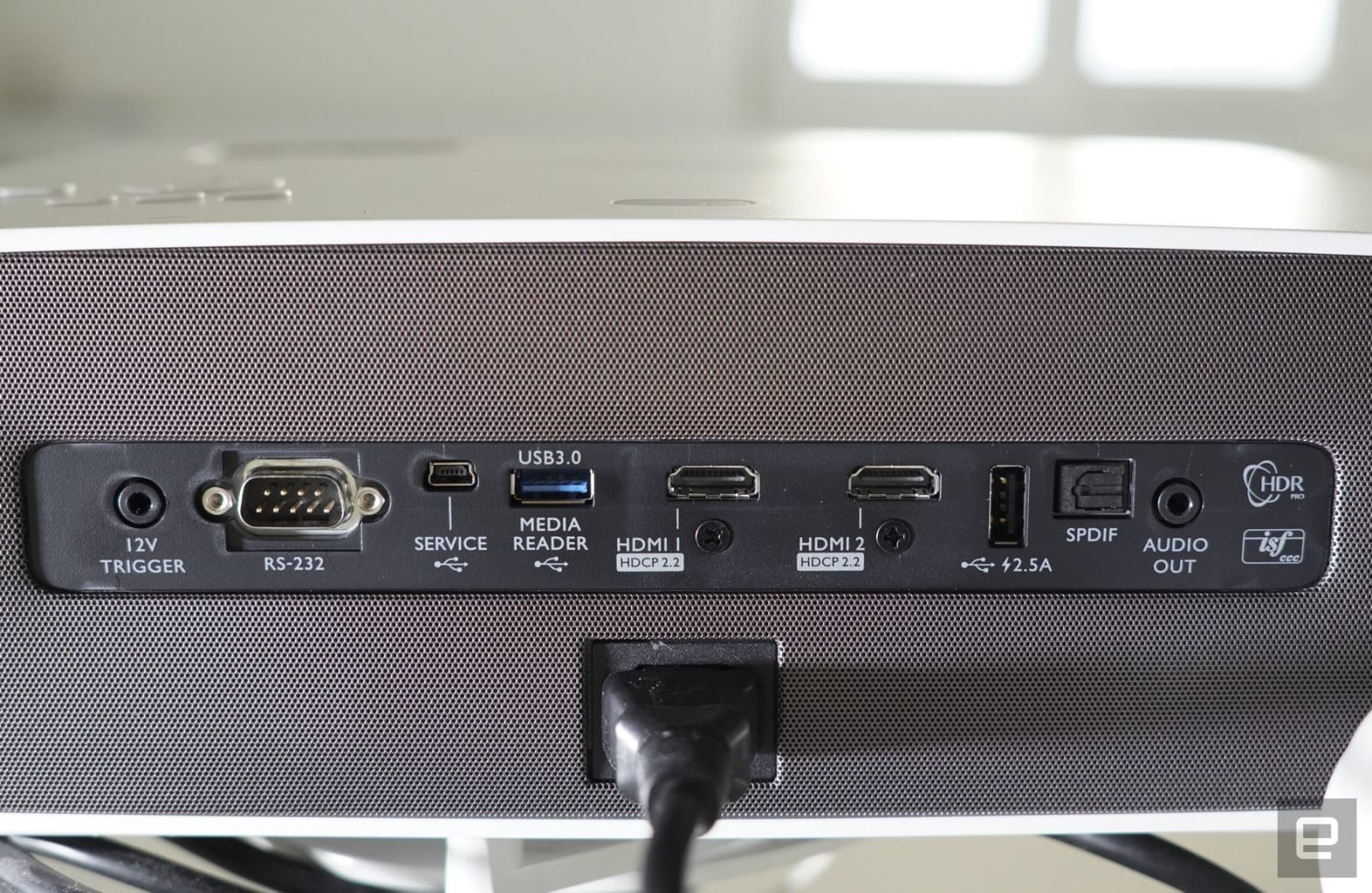 I didn't notice any "rainbow" effect caused by DLP projectors, but other folks who are sensitive to that should consider an LED projector, instead. Another complaint I had with the last model was excessive fan noise, and it's still there, but not as distracting on the new model.

The HT3550 also supports 3D, so I tested it with a 3D Blu-ray copy of The Hobbit: The Desolation of Smaug using DLP-Link glasses. As with 3D on most home projectors, the image was a bit dim, but acceptable in a blacked out room. I didn't see any serious 3D motion artifacts or other problems.

Overall, I'm happy with this projector. For $1,500, it delivered many of the benefits of a high-end "native" 4K projector at a third the cost. Beware of a few drawbacks, like a slight lack of brightness, some fan noise, a dark frame around the image and DLP "rainbow" effects.

However, it gave me the installation flexibility I needed and the 4K sharpness, HDR and factory-calibrated colors to satisfy my inner cinema nerd. Best of all, I now have a 72-inch movie theater that takes up no space. In a 220 square foot apartment, that's a big deal.