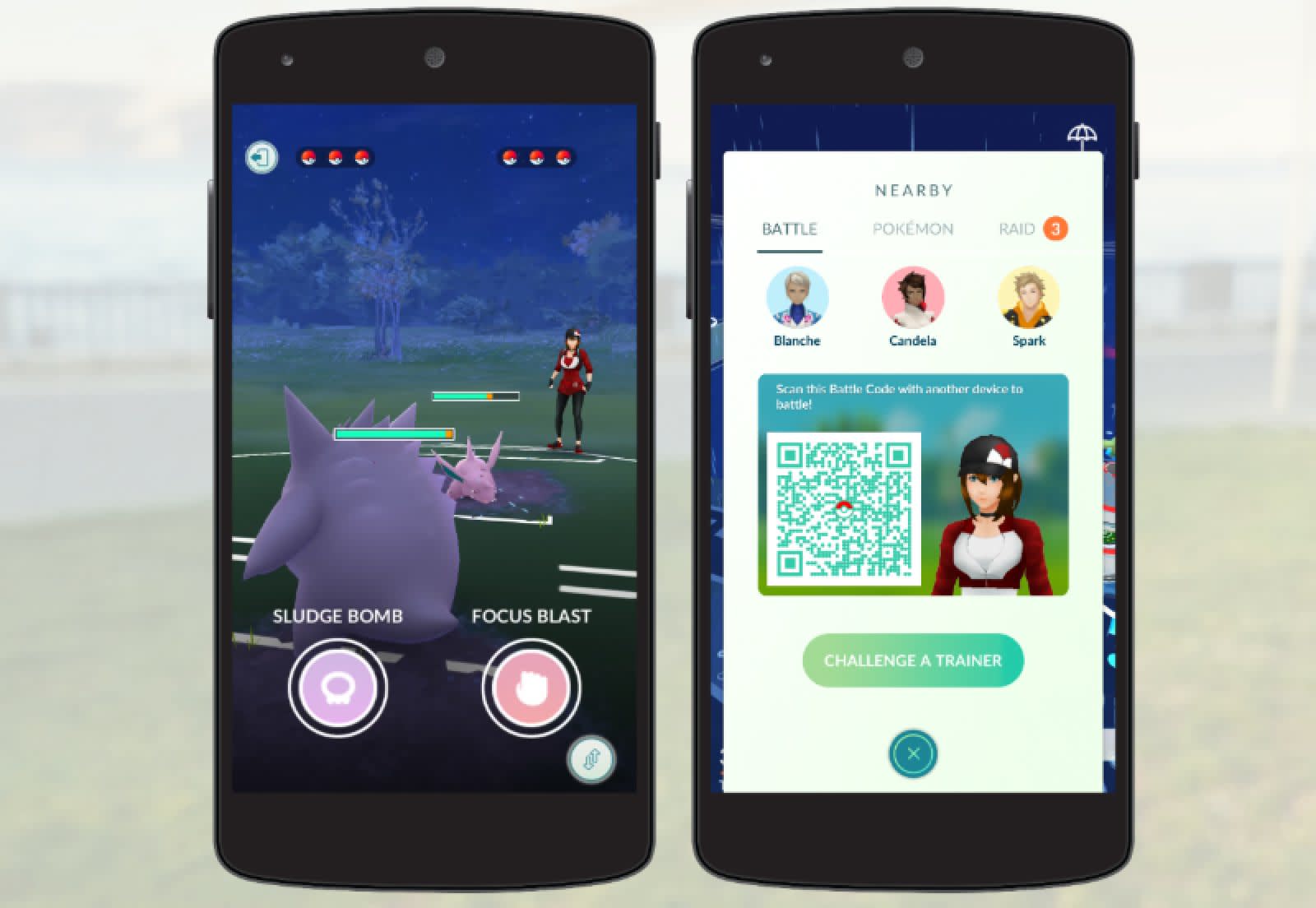 Starting next year, you'll be able to put your Pokémon battle skills to the test against other players around the world. Niantic has announced a new Pokémon Go feature called Go Battle League, which builds upon Trainer Battles and enables online play. The company introduced Trainer Battles last year to give you a way to challenge nearby players, though you could also play against friends anywhere they are, as long as they in your Ultra or Best Friends lists. Go Battle League pits you against random players from all over the world through an online matching system.

Niantic didn't go into detail regarding the player-vs-player feature's mechanics, only that "trainers will be able to walk in order to earn entry" and that participants will be ranked. The feature will roll out sometime in early 2020, but the company promises to share more details in a video soon.

Are you a #GOBattle champion among your group of friends, Trainer? How about compared to the rest of the world? 🤔🌎
🏆 The time to prove yourself is coming. 🏆
GO Battle League
Coming soon in early 2020https://t.co/SBCWnDAvak pic.twitter.com/YYfJKC1vgB

In this article: gaming, mobile, niantic, pokemon go
All products recommended by Engadget are selected by our editorial team, independent of our parent company. Some of our stories include affiliate links. If you buy something through one of these links, we may earn an affiliate commission.