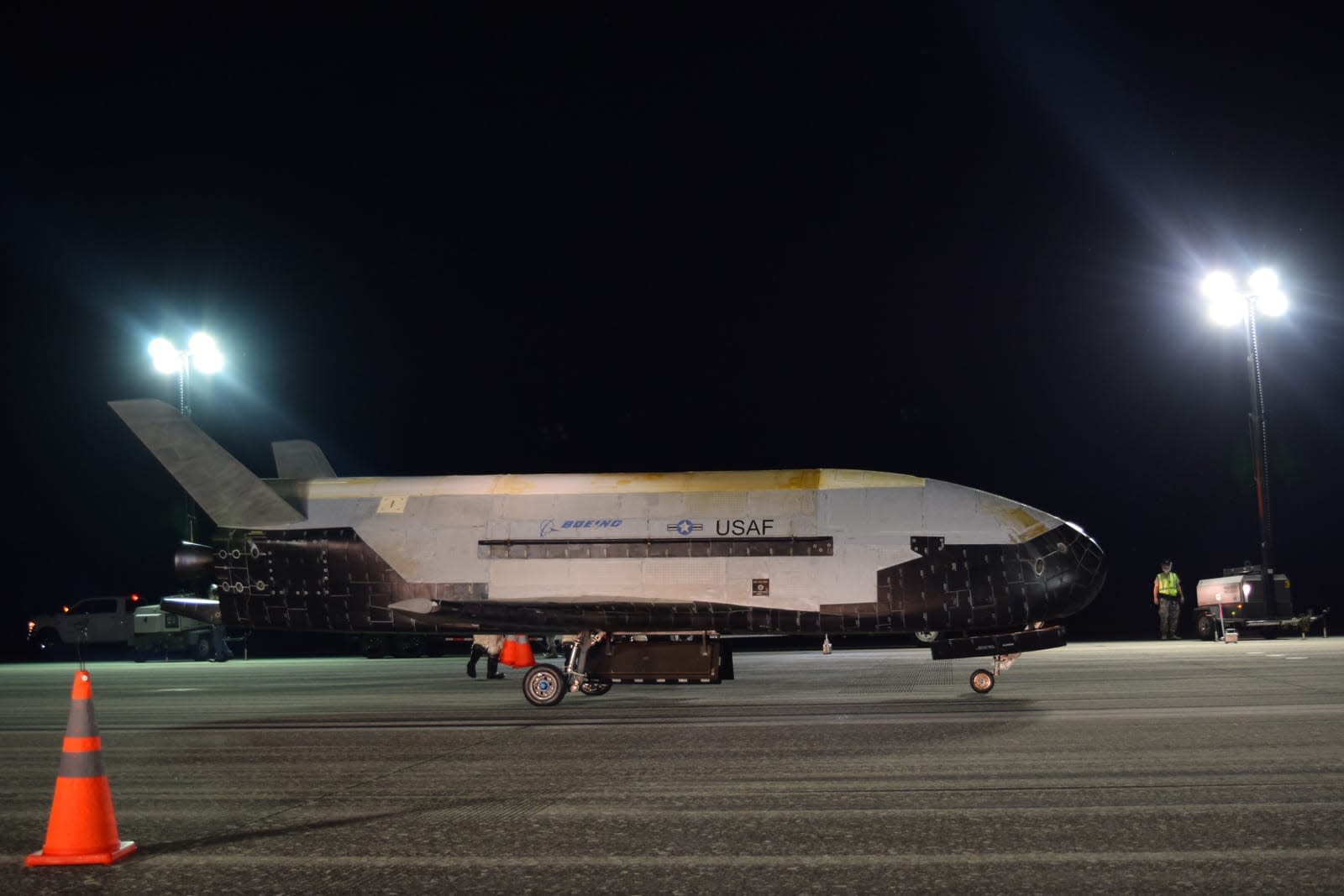 There was no doubt that the US Air Force's X-37B was going to break its own record for time spent in orbit, but it's now clear by how much. The mysterious Boeing-made space plane has landed at Kennedy Space Center after 780 days in orbit, comfortably surpassing the earlier record of 717 days, 20 hours and 42 minutes. That's more than three times the 240 days originally expected from the reusable vehicle, which just finished its fifth mission.

The spacecraft completed "all mission objectives," according to USAF Rapid Capabilities Office director Randy Walden. Just what those are isn't clear, though. X-37B payloads are still classified, and officials have typically provided only vague hints of what was aboard. One was a thermal spreader that helped test "experimental electronics" and heat pipe cooling in long-term spaceflight, while another project may have tested a Hall-effect ion thruster. Walden did acknowledge that the space plane deployed "small satellites."

This definitely isn't the end for the X-37B when a sixth flight is due to take off from Cape Canaveral in 2020. It does, however, raise the bar for future trips. If the USAF is going to continue bragging about long durations in orbit, it will have to fly the space plane for substantially more than two years -- that appears feasible, but it's considerably more challenging than it was this time around.

In this article: air force, aircraft, boeing, gear, military, reusable, space, space plane, spacecraft, spaceflight, tomorrow, transportation, us air force, usaf, x-37b
All products recommended by Engadget are selected by our editorial team, independent of our parent company. Some of our stories include affiliate links. If you buy something through one of these links, we may earn an affiliate commission.