Most of the alt-meat we eat nowadays, including products like the Impossible Burger, are actually plant based. A number of startups are still working on ethical meat that's grown from animal cells, giving you a real burger without the cruelty and climate change issues. Those can be mushy because they lack the collagen present in real muscle tissue, so there's no way to create steaks. Now, Harvard University researchers have found a way to simulate real meat by growing cow and rabbit muscle cells on a scaffold made out of gelatin.

In the body, cells don't just sit there in a pile. They get physical support from water, collagen proteins and nutrients, which help the cells grown and align. "To grow muscle tissues that resembled meat, we needed to find a 'scaffold' material that was edible and allowed muscle cells to attach and grow in 3D," said first study author and Harvard SEAS research associate Luke MacQueen.

Our methods are always improving and we have clear objectives because our design rules are informed by natural meats. Eventually, we think it may be possible to design meats with defined textures, tastes, and nutritional profiles — a bit like brewing.

To create such a scaffold, the team elected to use gelatin, which is made from the collagen extracted from the skin, bones and connective tissue of domesticated animals. It's not only edible, but closely mimics the way collagen adds a succulent texture to meat when it's cooked.

The researchers dissolved gelatin powder into water and spun it into cotton candy-like fibers, then bonded those into a lattice material using enzymes. When rabbit and cow cells were placed on it, they latched on and formed about a square inch of muscle. Cooking and handling tests showed that the texture and springiness of the lab meat was somewhere between a hamburger and a beef tenderloin. 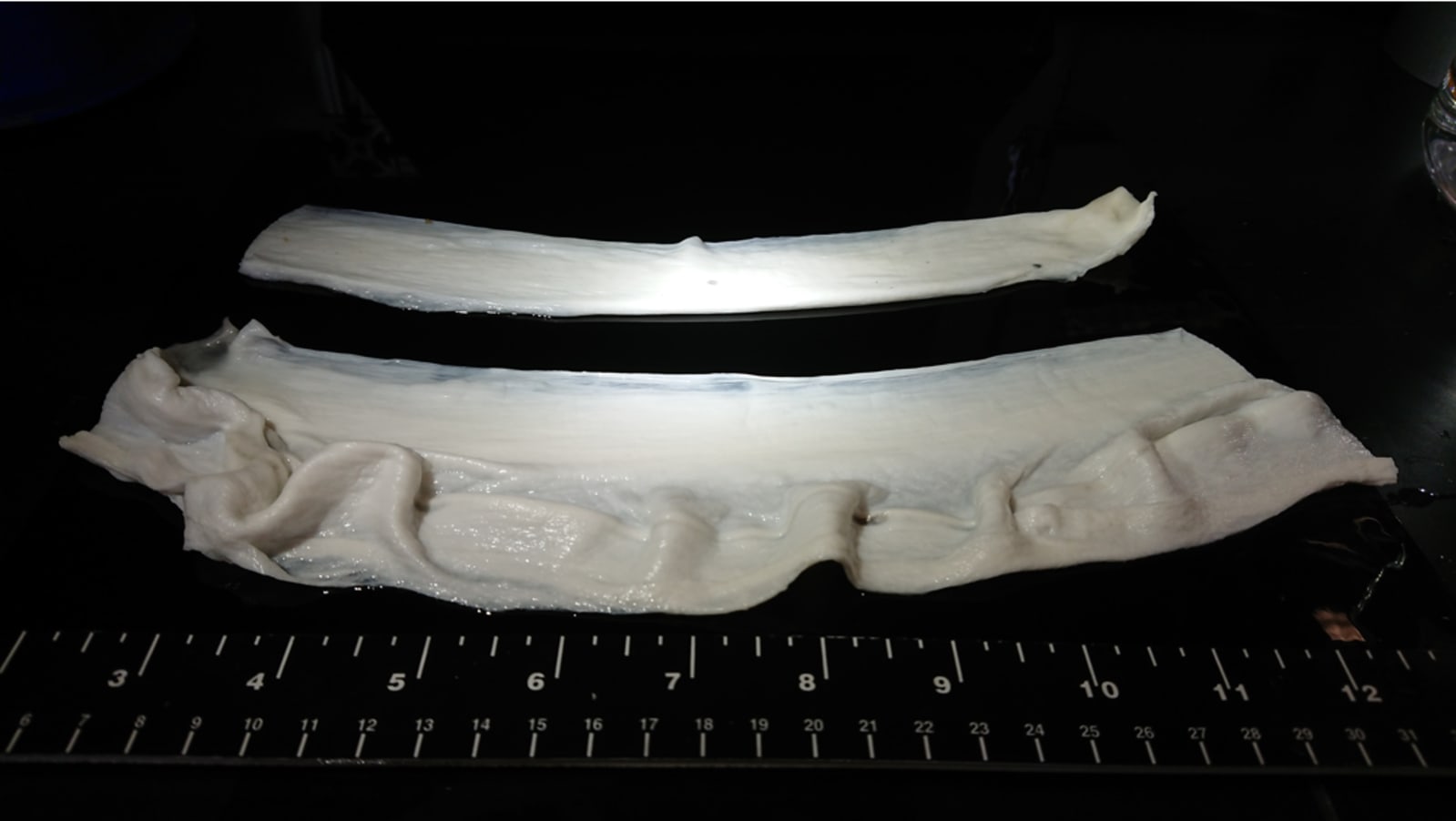 The results are promising, but as with lab-grown burgers, you're not likely to see alt-steaks on your plate anytime soon. Scientists and bio-engineers still need to figure out how to grow them at scale in bioreactor facilities to keep up with the expected demand. The first lab-grown meat famously produced a $325,000 hamburger, and the company that created that one said it aims to create $10, production-scale burgers by 2021. Steaks are likely to be even farther off, given the technical and regulatory challenges to come.