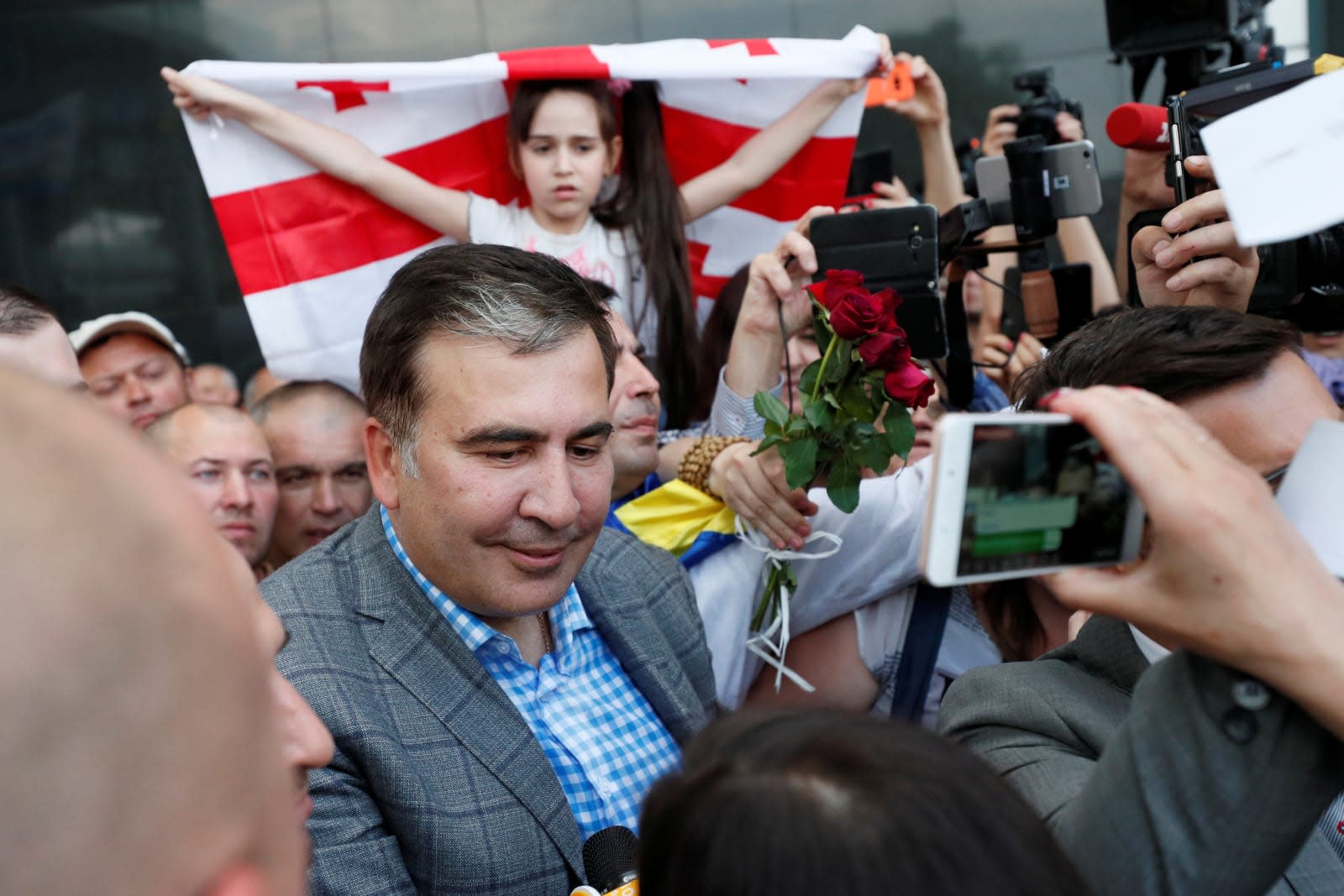 The country of Georgia is reeling from a particularly vicious cyberattack. Officials are investigating after intruders striking on October 28th defaced over 15,000 websites hosted on local provider Pro-Service, including those for the President of Georgia's administration, mayoral offices, the courts and private companies like newspapers. In each case, the defacement left a picture of former President Mikheil Saakashvili (shown above) with the English text "I'll be back." The attack hit three TV stations and even forced two, TV Imedi and TV Maestro, to go off the air.

Roughly half the sites had recovered by the morning of October 29th.

The identity of the culprits isn't clear. The scale and focus are reminiscent of the attacks Georgia faced during its brief 2008 war with Russia, but the choice of image casts doubt on Russia's involvement. ZDNet noted that Saakashvili was and is pro-Western, and is still warmly regarded as a reformer despite leaving for the Ukraine (where he's now a citizen) in 2013 over hotly disputed corruption charges. It would be odd for Russia to use the ex-leader as part of its usual attempt to fuel social tensions. And when Georgia held its latest presidential election recently, in October 2018, there's no immediate political gain to be had.

Whoever is responsible, the cyberattack might underscore weaknesses in Georgia's security. Researchers said the Pro-Service attack wasn't particularly sophisticated, and Radio Liberty's local service pointed out that the country is sometimes dependent on Russian online services. City councils use a Russian email service, for instance. If Russia was involved, Georgia might have made itself an unnecessarily easy target.

In this article: cyberattack, cybersecurity, cyberwarfare, gear, georgia, hack, internet, mikheil saakashvili, pro-service, russia, security
All products recommended by Engadget are selected by our editorial team, independent of our parent company. Some of our stories include affiliate links. If you buy something through one of these links, we may earn an affiliate commission.