It will also add support for larger touchscreens, among other features.

Almost five years after it introduced Sync 3, Ford is updating its in-car infotainment system with a lot of features its customers have been requesting for years. When Sync 4 arrives in select Ford vehicles starting in 2020, it'll include wireless support for both CarPlay and Android Auto. Moreover, some Sync 4 vehicles will include wireless charging, so you'll be able to take one less cable with you when you go for a drive in one of the company's new cars.

Another major selling point of Sync 4 is compatibility with a greater variety of screen sizes. According to Ford, the platform will work with touchscreens as small as 8 inches and as big as 15-inches. As you can see from the screenshots, Ford also plans to start making portrait-oriented touchscreens. The larger displays will ship with a new multitasking feature called Adaptive Dash Cards. Essentially, these cards are dashboard widgets you'll be able to tap on to access certain features quickly. For instance, one of the Dash Cards will allow you to pause and skip songs without having to go into Ford's music app. Meanwhile, the new 12-inch screens Ford plans to ship inside some of its upcoming vehicles will allow you to split the screen into smaller windows so that you can access multiple apps at the same time. 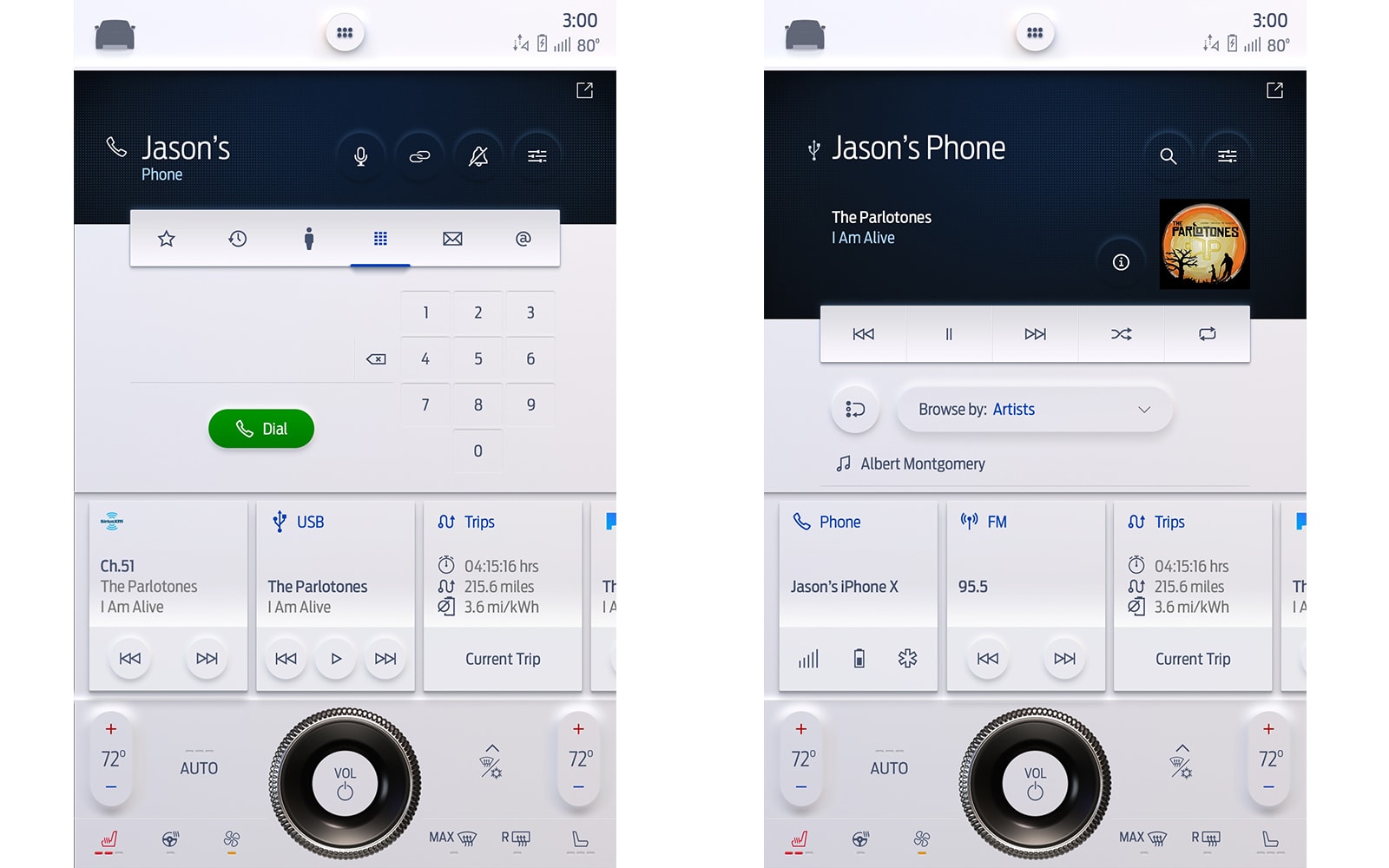 If you purchase the company's optional FordPass Connect add-on, your Sync 4 vehicle will also be able to connect to the cloud. This will allow you to take advantage of voice commands to ask for directions and send SMS and email messages.

Alongside Sync 4, Ford announced that starting in 2020 some of its vehicles will be able to receive over-the-air (OTA) software updates. The automaker didn't say which model will launch with the feature first, but did note that it plans to add the functionality to both its upcoming gas and electric vehicles.

Ford estimates it will deliver its first set of software updates approximately six months after its first OTA-capable vehicles are on the road. When an update does arrive, it will install in the background. Ford claims it is the first automaker to build an OTA platform that includes this type of capability.

Among conventional automakers, Ford is the second company behind GM to embrace what's traditionally been a feature that's most closely associated with smartphones. In a lot of ways, today's announcements see Ford playing catch up Tesla, and other conventional automakers like Volvo that have been quicker to adapt to what people want from their cars.

All products recommended by Engadget are selected by our editorial team, independent of our parent company. Some of our stories include affiliate links. If you buy something through one of these links, we may earn an affiliate commission. All prices are correct at the time of publishing.
View All Comments
Ford's Sync 4 system will add wireless CarPlay and Android Auto support