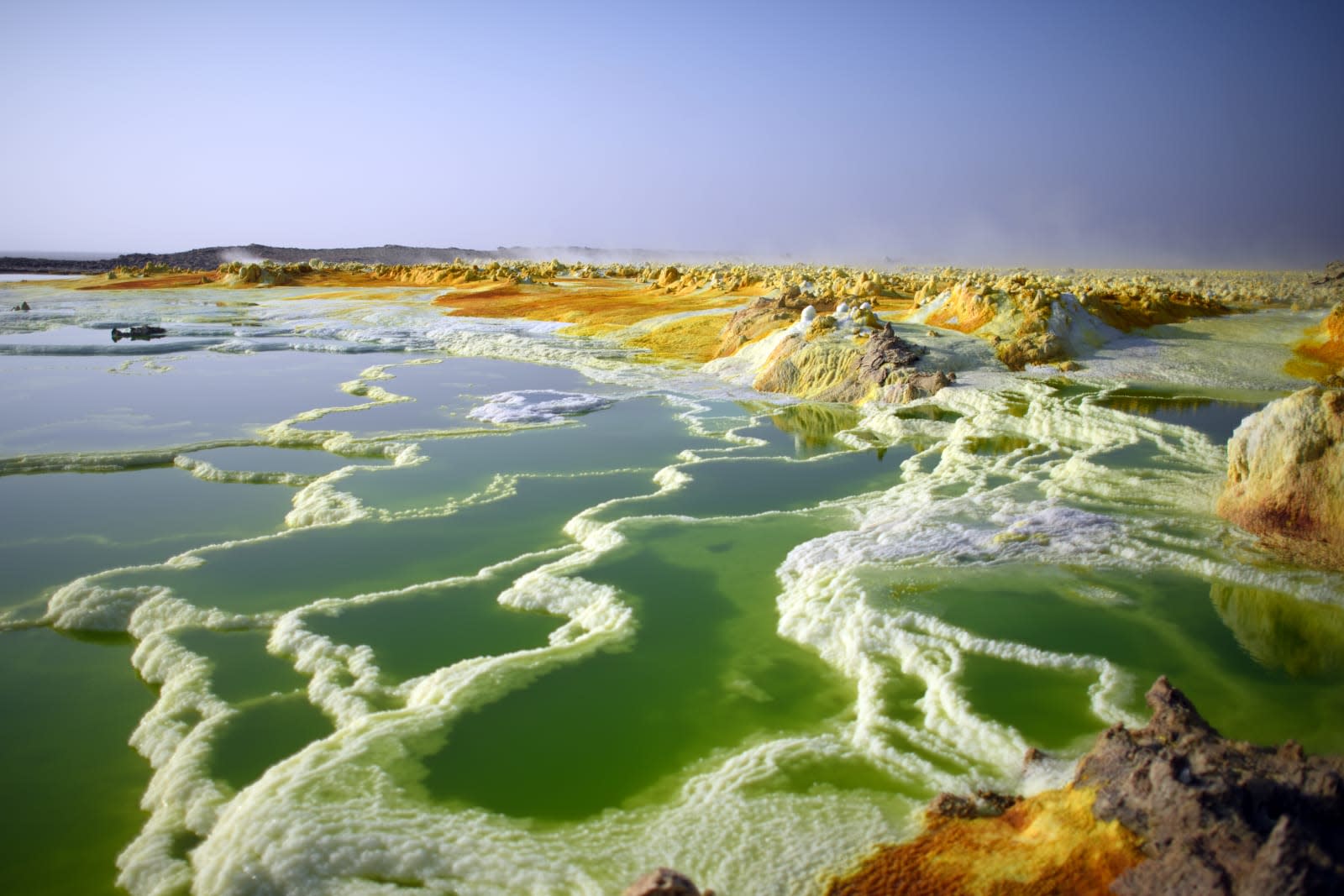 Scientists searching for habitable planets often see the presence of water as a key sign, but they might not want to raise their hopes too high. A recently published study has indicated that there was no clear evidence of extremophiles (life that can survive extreme conditions) in Ethiopia's Danakil Depression, home to some of the world's most acidic, saltiest and superheated water. In other words, the mere existence of water isn't enough -- the conditions have to be at least slightly conducive to life. Accordingly, water that was 'just' very salty included numerous forms of extremophiles, including several newly discovered examples.

The most hostile environment even included bogus evidence in the form of biomorphs, or nano-sized silica grains that resemble small cells. There's a concern that rovers landing on distant worlds might inadvertently fool researchers into believing the grains are proof of life.

This doesn't mean exobiologists should give up their hunt for life beyond Earth. Instead, the study team suggests that scientists should pursue "cautionary interpretations" when they detect possible clues. They'll want to double-check conditions before they reach any conclusions. Of course, this also assumes that any alien life is carbon-based like it is on Earth -- it's possible that alien lifeforms might thrive in conditions that would kill anything from our home planet.

In this article: biology, ethiopia, exobiology, exoplanet, extremophiles, life, science, space, tomorrow, gear
All products recommended by Engadget are selected by our editorial team, independent of our parent company. Some of our stories include affiliate links. If you buy something through one of these links, we may earn an affiliate commission.