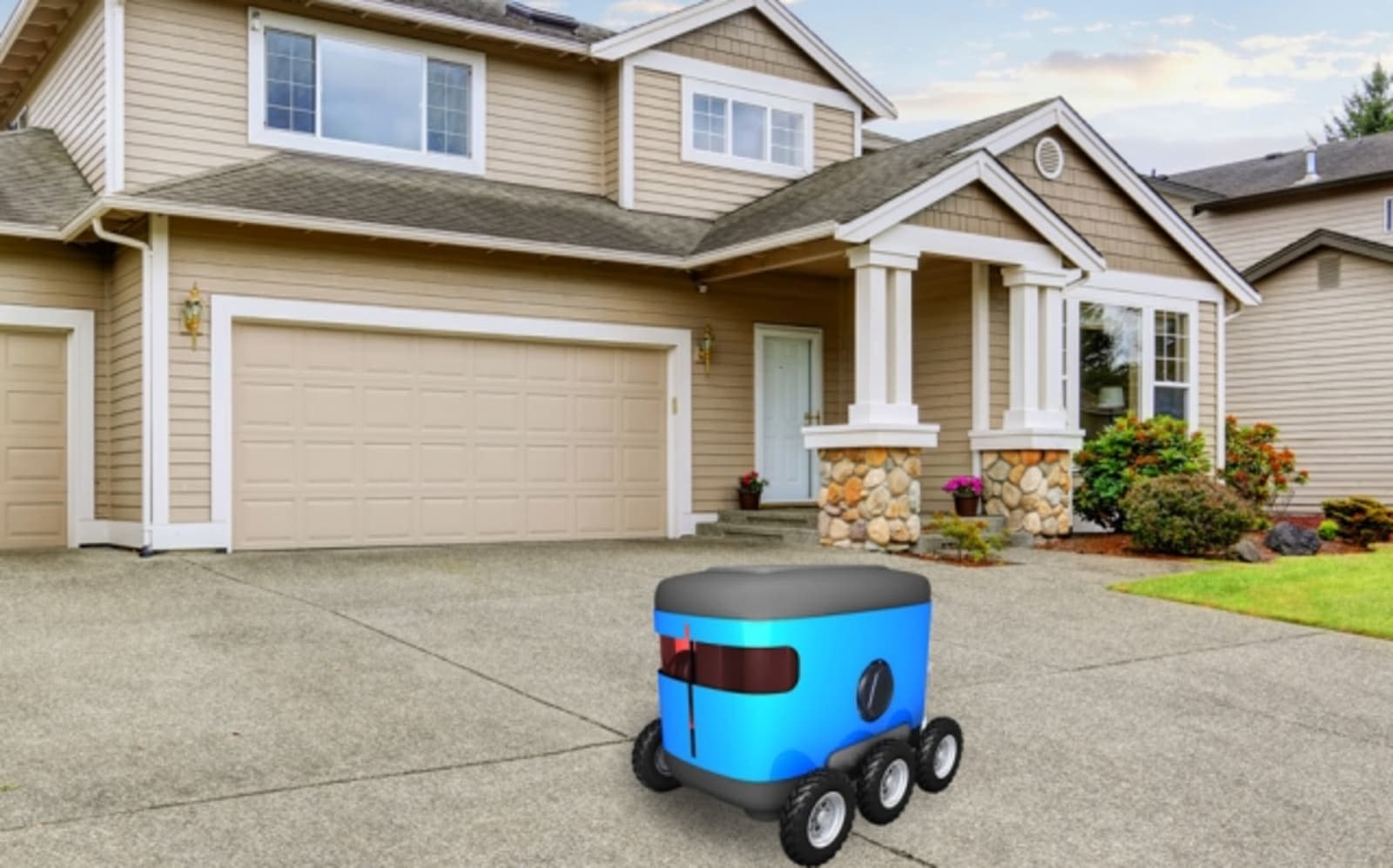 In order for delivery robots to drop your takeout, package or meal-kit at the door, they'll need to be able to find the door. In most cases, that requires mapping a location in advance so that the robot knows where to go. But to do that on a large scale is challenging and raises security and privacy concerns. Now, a team of engineers from MIT and Ford Motor Company think they might have an answer. They've created a technique that allows robots to navigate via clues, rather than maps.

The clues can be described in general terms, like "front door" or "garage." As MIT explains, the robot might be trained to know that a driveway often leads to a sidewalk which likely leads to the front door.

"Even if a robot is delivering a package to an environment it's never been to, there might be clues that will be the same as other places it's seen," said Michael Everett, a graduate student in MIT's Department of Mechanical Engineering. "So the world may be laid out a little differently, but there's probably some things in common."

The technique uses pre-existing algorithms that looks at visual data and labels the scene with semantic clues, like "sidewalk." The researchers used those algorithms to build a map as their robot moved around. What's new about their approach is that they allowed the robot to make decisions and determine the most efficient path to a destination. The team will present their findings at the International Conference on Intelligent Robots and Systems this week.

In this article: clues, deliveries, delivery robots, ford, Ford Motor Company, gear, last mile, mapping, mit, navigation, privacy, robotics, robots, security, Semantic Map
All products recommended by Engadget are selected by our editorial team, independent of our parent company. Some of our stories include affiliate links. If you buy something through one of these links, we may earn an affiliate commission.