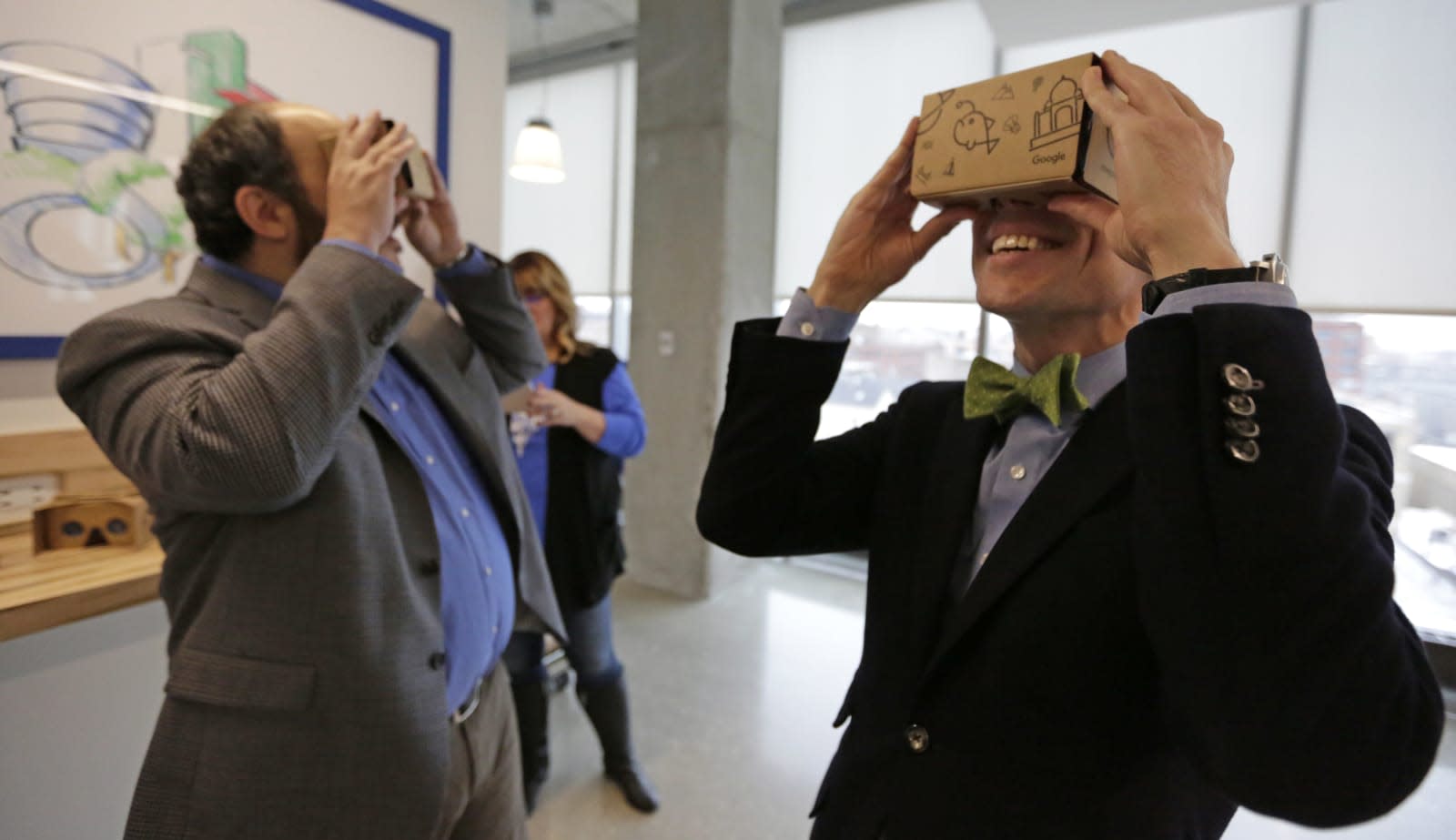 Google's decision to back away from phone-based VR may have an upside for creators. The internet giant is releasing a Cardboard open source project that will let developers create VR experiences and add Cardboard support to their apps. It covers basics like head tracking, lens distortion rendering and input, but also includes a QR code library to ensure that you're not dependent on Google's Cardboard app to pair viewers. Between this and existing open source tools for making viewers, companies and homebrew teams alike could create all the hardware and software they need without asking Google for help.

The company isn't offloading all responsibility. It's promising to contribute new features to the project, including a developer kit package for the Unity game engine. This will mainly help developers adapt to new phone displays and other changes without waiting for Google.

The open source effort might be a relief to some. Cardboard is widely considered one of the most affordable ways to experiment with VR, and Google said it still has "consistent" uses in entertainment and schools. If Google simply halted work on Cardboard, the future of those efforts would have been uncertain at best -- open code gives creators at least some options for keeping their projects alive.

In this article: cardboard, developer, gear, google, google cardboard, mobile, open source, virtual reality, vr, wearables
All products recommended by Engadget are selected by our editorial team, independent of our parent company. Some of our stories include affiliate links. If you buy something through one of these links, we may earn an affiliate commission.