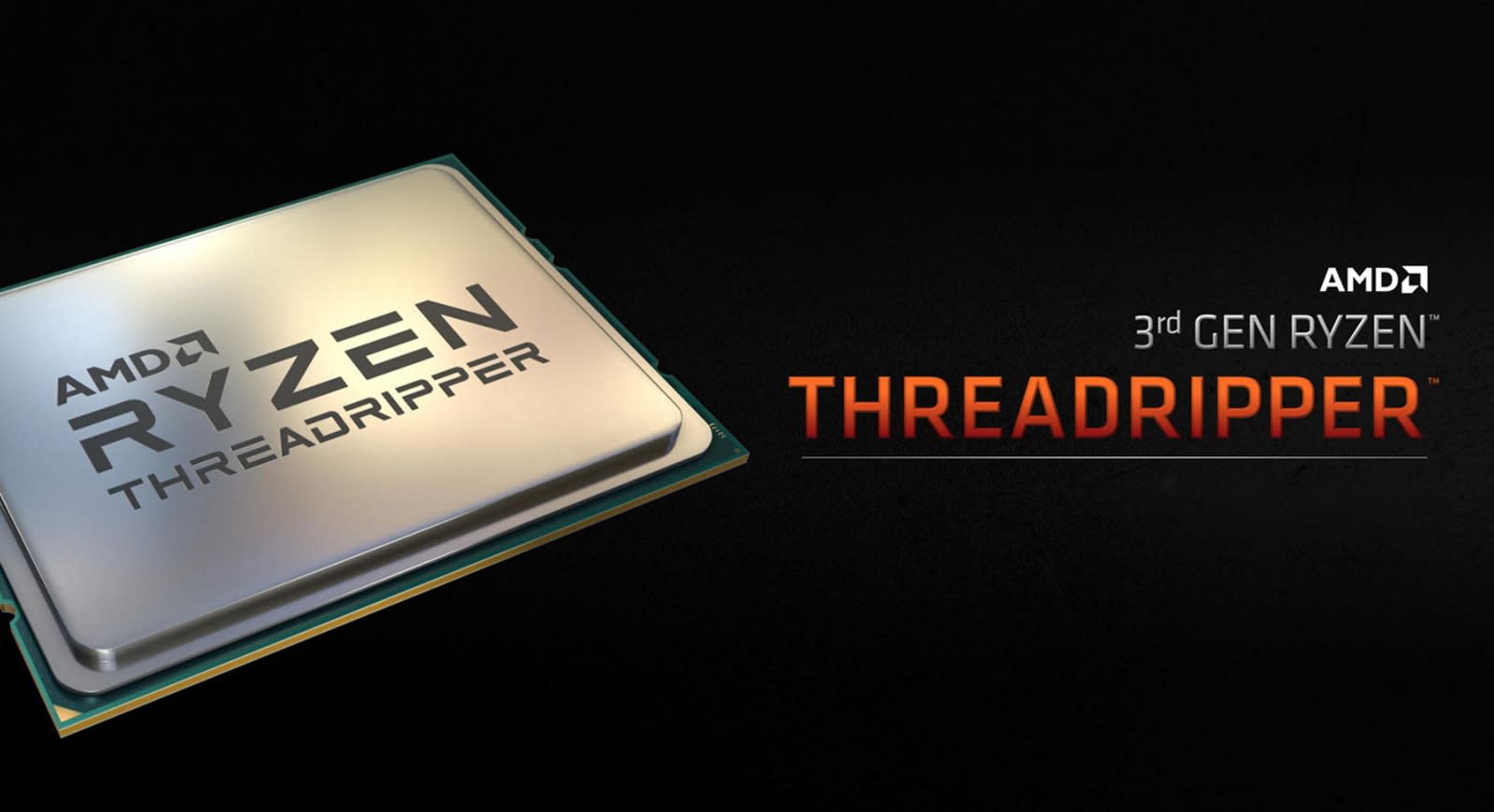 AMD has unveiled its 3rd-generation Ryzen Threadripper CPUs built with its 7-nanometer "Zen 2" architecture, and the performance looks impressive. As before, there are 24- and 32-core variants, the TR 3960X and TR 3970X, respectively, with base clocks at 3.8GHz/3.7GHz respectively and a max boost speed of up to 4.5GHz. Both chips will run using AMD's all-new TRX40 chipset with 72 available PCIe 4.0 lanes and 12 USB-C 3.1 gen2 10Gbps SuperSpeed ports.

These chips and motherboards are aimed at content creators, because the extra cores and higher PCIe 4.0 bandwidth won't help gamers much. In fact, Threadripper chips almost always perform worse in games than its Ryzen desktop chips like the new Ryzen 9 3950X.

For gaming, Intel's chips might still beat the Threadrippers, especially when overclocked. It's also notable that the two 3rd-gen Threadrippers use AMD's new "Socket sTRX4," so they aren't pin-compatible with the 2nd-gen models and thus can't be used on older sTR4 socket motherboards. AMD did say that the new socket would allow for "scalability," without providing more details.

In this article: 24-core, 32-core, 3rd-generation, amd, gear, PCIe 4.0, personal computing, personalcomputing, Ryzen TR 3960X, Ryzen TR 3970X, threadripper, TRX40
All products recommended by Engadget are selected by our editorial team, independent of our parent company. Some of our stories include affiliate links. If you buy something through one of these links, we may earn an affiliate commission.