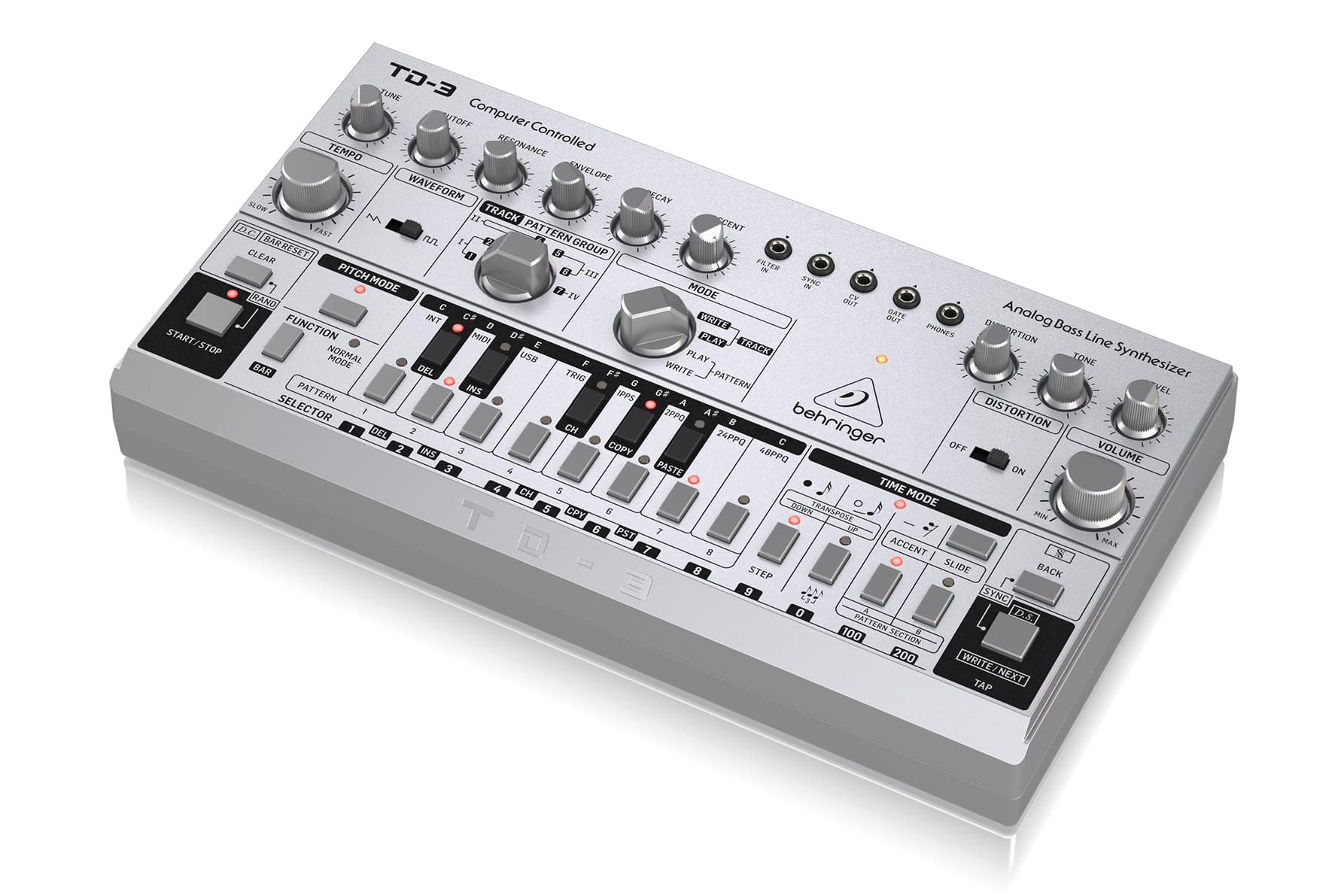 Like many other synths and drum machines, the Roland TB-303 was a commercial flop, but years later became a staple of electronic music. An authentic 303 will run you over $2,000 these days, but Behringer will soon offer a fully analog clone of the unit at a fraction of the price. According to MusicRadar, the TD-3 will feature very similar sounds while adding features not found in the original 303, like 16-voice polyphony and a distortion circuit based on Roland's own DS-1 guitar effects pedal.

The Roland TB-303 found its niche in the late '80s and early '90s in the dance music subgenre acid house. The 303's modulated bass lines are a quintessential component to the acid style, but it can be heard in other genres; you'll notice it in Aaliya's "Try Again," for example. Most electronic musicians have had to resort to software recreations of the bass synth to achieve a nearly-authentic sound, given the 303's scarcity -- only 10,000 of them were ever produced.

The Behringer TD-3 features the same look and many of the same features as the original TB-303. Sawtooth and square wave oscillators will form the basis of your tones, while an arsenal of tone-shaping knobs like cutoff, resonance and envelope will let you get those classic '80s and '90s sounds. The keybed is very similar to the original, allowing for real-time playing. But the 303 is typically sequenced, meaning users add step-by-step beats to a pattern -- sort of an electronic counterpart to the way a player piano's notes are triggered. Augmenting this, Behringer's take on the 303 allows for 16 patterns to be played at once, meaning you could presumably create chords by playing one note on top of another -- something the original mono synth couldn't pull off.

Behringer has been taking a divisive tact lately, reverse-engineering classic synths like the Roland TR-808, Minimoog Model D and ARP Odyssey, and releasing them as clones with minor changes and upgrades. While it's great that musicians can finally afford analogue approximations of these long out of production synths, the fact that Behringer so closely copies the originals' circuit designs rubs some people the wrong way -- including the original manufacturers. That said, Roland, for example, only produces software and digital recreations of the original units, not analogue reissues. So it's not as if Behringer is directly taking money out of Roland's pocket.

There are no firm details yet on a release date or a price, but MusicRadar expects the TB-3 to cost just under $200. Unfortunately, we may have to wait a while before we can get our hands on the TB-3. The Behringer RD-8 -- a clone of Roland's classic TR-808 -- has been frequently delayed, presumably due to legal issues between Roland and Behringer. Hopefully the TB-3 arrives sooner than later.

In this article: bass, behringer, Behringer TD-3, gadgetry, gadgets, gear, music, music production, musical instrument, Roland, Roland TB-303, synth, Synthesizer
All products recommended by Engadget are selected by our editorial team, independent of our parent company. Some of our stories include affiliate links. If you buy something through one of these links, we may earn an affiliate commission.