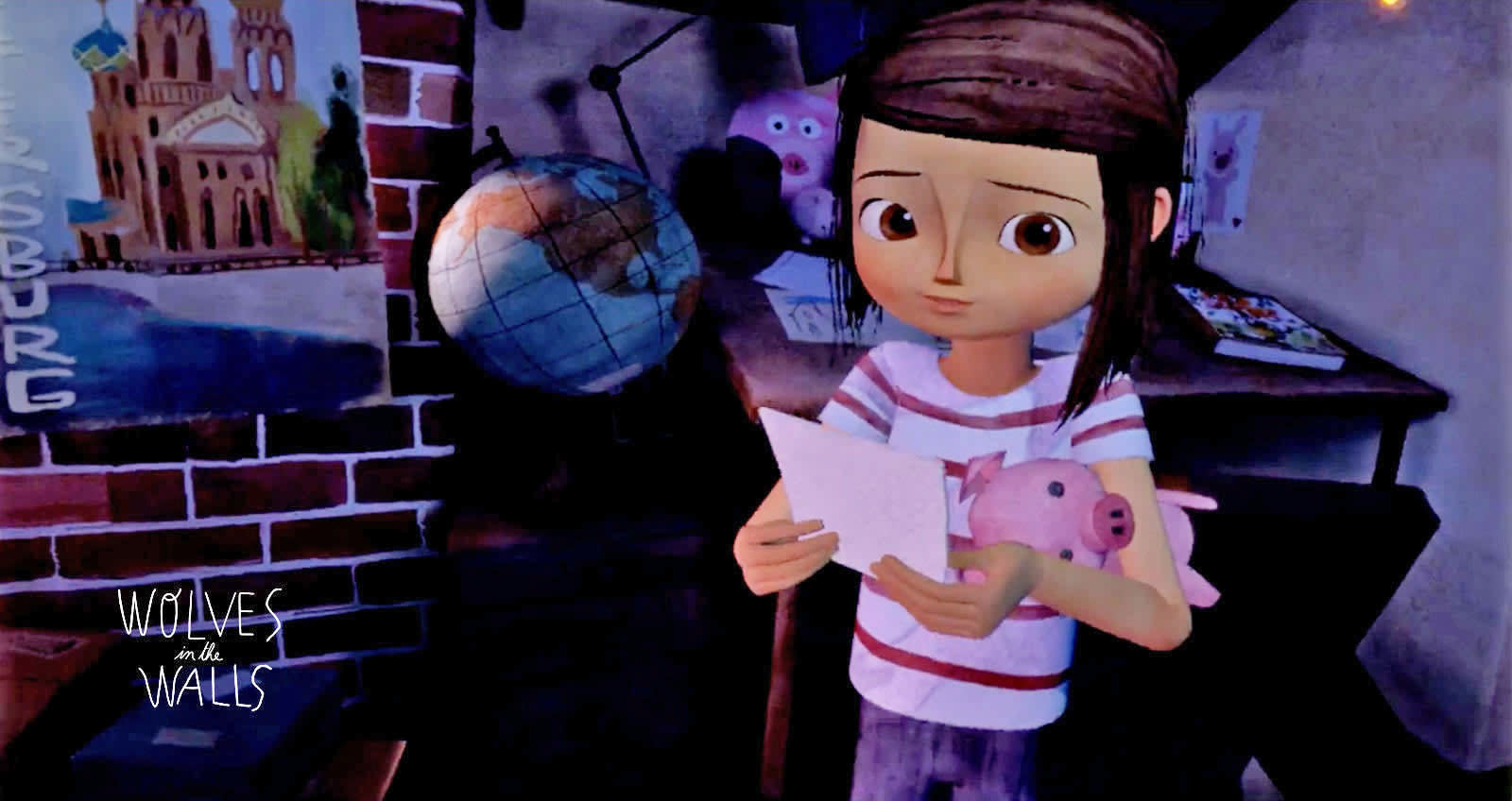 You can always rely on Neil Gaiman to create a narrative that's charming and disturbing in equal measure, whether it's in the form of a book, a movie or a game. That's certainly been the case with Fable Studio's VR adaptation of Wolves in the Wall, an Emmy Award-winning game based on Gaiman's novel. The studio has just completed its narrative with the release of the third and final part of the series in the Oculus Store.

The first chapter of Wolves in the Wall impressed with its unusual approach to interaction between the player and the protagonist, Lucy. You play her imaginary friend and she remembers your actions and responds to where you're looking, making her a truly interactive virtual character. The second episode doubled down on the interactive nature of the experience, with Lucy able to read your intentions and comment on them.

The third chapter, They're Everywhere!, Lucy is more aware than ever of your presence in her life. The developers made her more lifelike, with more realistic body language and eye contact. The mutual curiosity between player and character is what the developers strove to achieve.

Fable Studio began life as Oculus Story Studio, but it split off from Oculus to become an independent company focusing on the creation of "virtual beings." These characters, like Lucy, are driven by AI rather than simple scripting to create a more engaging relationship with the player.

Being available only through VR hardware limits the spread of Fable's projects, however. So, according to VentureBeat, the studio's next project won't be VR-based. "We are working on ways to figure out how to bring Lucy outside of VR to multiple platforms and weave her into our daily life more," co-founder Peter Billington told the publication.

In this article: gaming, neil gaiman, oculus, personal computing, personalcomputing, vr, wolves in the walls
All products recommended by Engadget are selected by our editorial team, independent of our parent company. Some of our stories include affiliate links. If you buy something through one of these links, we may earn an affiliate commission.