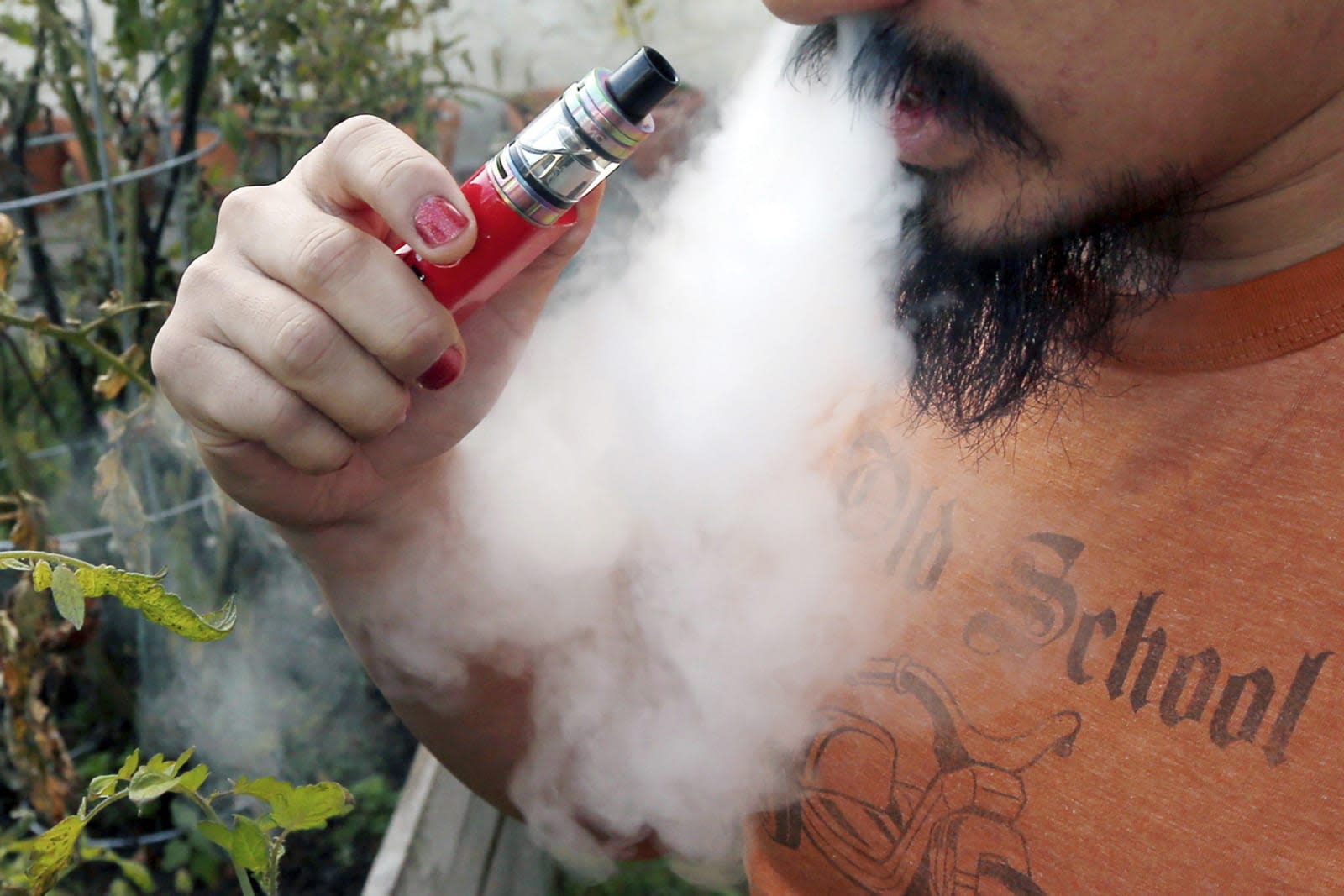 The Center for Disease Control is edging closer to an explanation for vaping-related lung illnesses. The agency has determined that vitamin E acetate, a compound present in all 29 lung tissue samples obtained from patients, is a "potential toxin of concern." The chemical is used to dilute liquid in e-cigarettes and vaping products that include THC, and is found in some food as well as cosmetic products like skin cream. It doesn't normally cause harm when swallowed or rubbed on your skin, but past research suggests that inhaling might impede lung functions.

There were other ingredients in the samples, although they didn't appear as consistently. THC surfaced in 23 out of the samples, while nicotine appeared in 16.

The CDC was quick to warn that vitamin E acetate wasn't confirmed as the cause, and that there may be multiple factors involved in the occasionally deadly illnesses. It nonetheless repeated a recommendation to avoid using e-cigs and vapes that included THC, especially from "informal sources" like friends or street dealers. The CDC also stressed that companies shouldn't add the compound to their products until and unless there's a clearer understanding of its effect on lungs. Answers may well be coming -- it's just that officials don't want to take any chances.

In this article: cdc, e-cigarette, evali, gear, health, medicine, science, tomorrow, toxin, toxins, vape, vaping, vitamin e acetate
All products recommended by Engadget are selected by our editorial team, independent of our parent company. Some of our stories include affiliate links. If you buy something through one of these links, we may earn an affiliate commission.