A unique perspective on one of country music’s biggest stars.
B. Steele|11.09.19

"I was a bag of bones. I looked like walking death, and I knew it."

By now the trials, and redemption, of Johnny Cash are well documented. Whether it's 2005's Walk The Line or, most recently, Ken Burns' Country Music, it's not hard to find a detailed account of the career of the Man in Black. What many of them don't offer though is Cash's own perspective on his life -- both the highs and the lows. With Emmy-winning director Thom Zimny's The Gift: The Journey of Johnny Cash, we get just that. And the impact is more haunting and inspiring than any other time these stories have been told.

Cash achieved a level of success untouched by even the biggest country stars before him. His "crossover" status as both a country and a gospel artist attracted millions of fans. And his interest in all types of music led to collaborations with the likes of Bob Dylan. Heck, he even had a TV show on ABC where pop, rock, blues and other musicians were constant guests and live performers. It was equally groundbreaking and polarizing.

But all that success came at a cost, and it started at an early age. The Gift, like a lot of the other biographical examinations of Cash, provides a harrowing account of the singer's childhood. That includes both a rough home life and the death of his brother, two things that would have an immense influence on the music he produced. There's also the drug use, constant touring, divorce, arrests and more. If you're familiar with the man at all, you likely know some (or all) of these tales, but where Zimny's The Gift shines is when Cash himself is doing the talking.

Zimny, who also directed Springsteen on Broadway for Netflix, uses an archive of autobiographical accounts recorded on tape to push the narrative forward. While Burns' goal was to not only tell Cash's story but also place him in the greater narrative of the genre's history, Zimny is able to linger on the cycles of joy, pain and recovery. There's an audio clip for nearly every aspect of the man's career. Commentary from the likes of Bruce Springsteen, Dwight Yoakam, Loretta Lynn, Robert Duvall and Rick Rubin provide added detail to each story. And like Burns did for Country Music, Zimny includes Rosanne and John Carter Cash -- two of Johnny's children who grew up in the midst of the trials and triumphs. 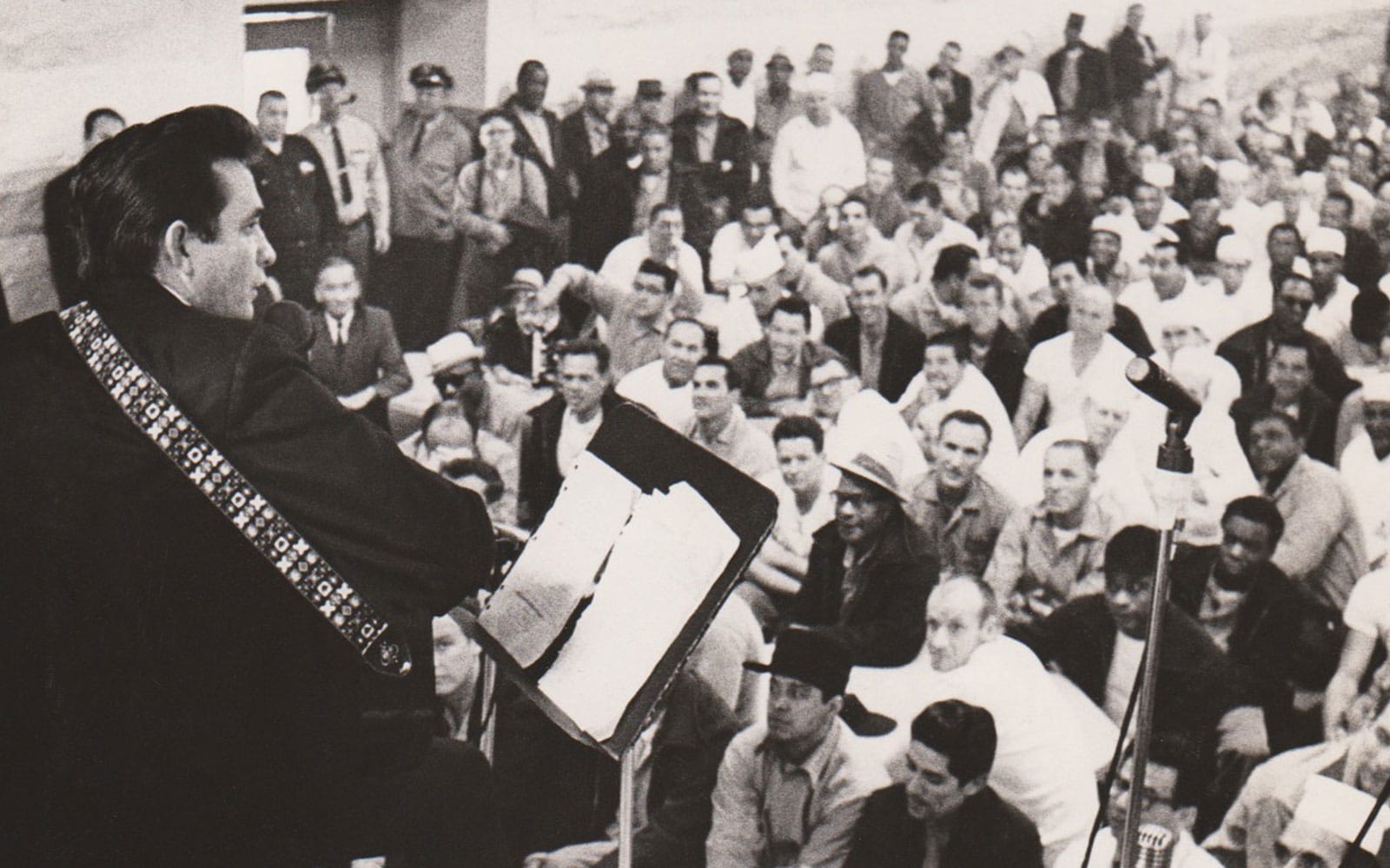 If I could ever get a live recording at a prison, it would be something really worth listening to.

Another constant refrain in The Gift is the legendary show at Folsom State Prison in 1968. Yes, the one that was captured for a live album and would become Cash's best-known work.

"If I could ever get a live recording at a prison, it would be something really worth listening to," Cash recalls. How's that for an understatement?

The impact that that show and album had on Cash's life and career -- and on country music as a whole -- is hard to overstate, but the film mentions that event a few too many times. The constant bounce back to Folsom often serves as a distraction. It does relate to various parts of Cash's story, but The Gift begins there and returns to it several times throughout the 90-minute documentary. It ends up feeling a bit overdone in the end.

The use of B-roll that was obviously shot just for this project also distracts from the atmosphere of the film. Whether it's a wide-open field or some shots of an old-looking bus on the road, the footage is so crisp and clean it's jarring. Most of the movie consists of old footage and faded photos, so the polished shots pull you out of the story. There's too much 2019 in my historical documentary.

This is especially true near the end when Cash is discussing a "gratitude list." Nearly every shot paired with this emotional confession is modern, and it makes the climax of the film fall flat. Instead of stirring your emotions one last time with another of the singer's tales, which The Gift does a superb job of throughout, there's a disconnect between the visual and Cash's vulnerability. 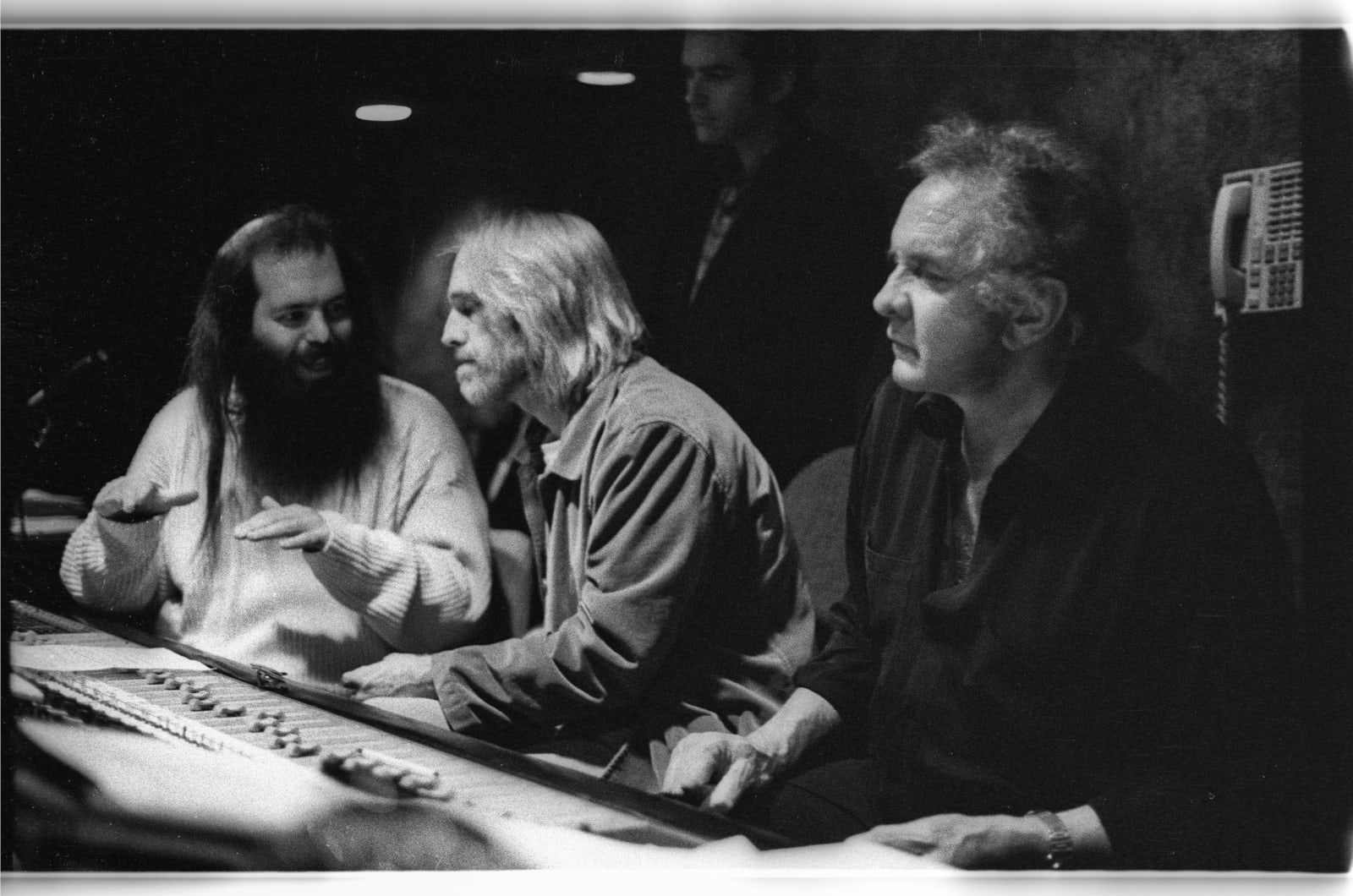 Still, there's plenty to enjoy here for both fans and the unfamiliar. Rick Rubin's account, in particular, is one of my favorite parts of both The Gift and Cash's decades-spanning career. The singer had basically been discarded by the music industry, and Rubin stepped in to compile an album from Cash's library of hundreds of songs he'd yet to record.

"It's his ability to inhabit these songs," Rubin recalls. "It's real."

The pair captured the tracks in Rubin's living room with just Cash, two mics and a guitar. The result was American Recordings, arguably the artist's best album. To hear both Cash and Rubin discuss the process will always be fascinating -- no matter how many times I watch it. It's still baffling that the same guy who produced Beastie Boys and Slayer was able to guide Cash to create some of the best work of his life, especially in his later years.

Despite its shortcomings, The Gift is a unique take on the life of a music icon. By allowing Johnny and June Carter Cash to tell their stories themselves, this documentary hits harder in spots than a third-party retelling ever could. It gives you a real glimpse into the hardship, heartache and jubilation that Cash and his family encountered throughout his life. And these stories, just like his songs, have the emotional weight that only the Man in Black himself could conjure.