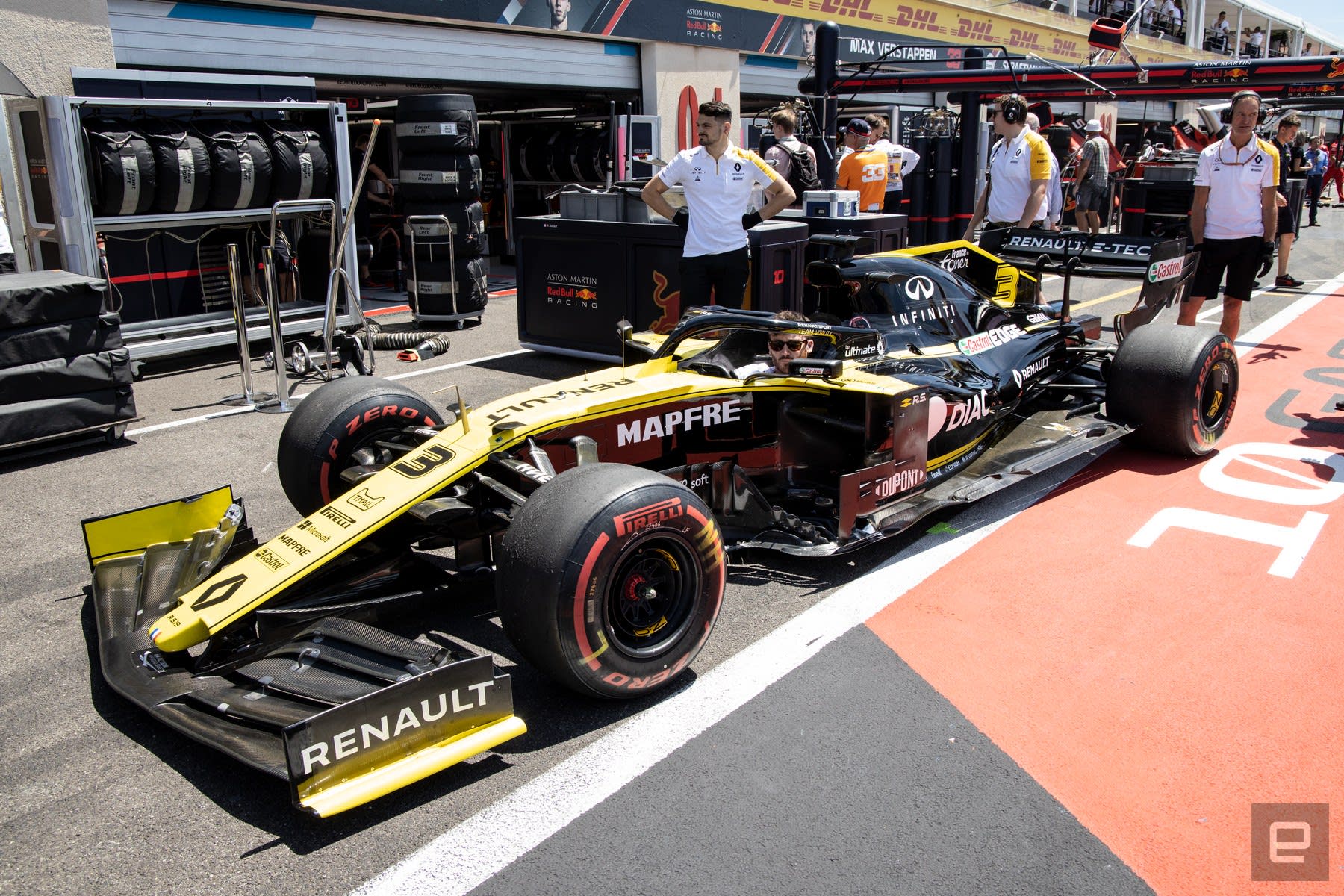 Formula 1 is known for noise, horsepower and burning fuel, but the racing league wants to add a new, unexpected description: eco-friendly. Formula 1 plans to have a "net-zero carbon footprint by 2030," including the cars, on-track activities and operations, the FIA ownership body announced.

The FIA noted that Formula 1 innovations like composite materials, energy recovery and safety systems have been adopted into road cars and other industries. It wants to set an example in terms of eliminating carbon emissions, as well, and cited its F1 hybrid power units as a good example. Those are the most efficient internal combustion engines in the world, and will be even more so with the upcoming 2021 rule changes (below).

F1 cars aren't going electric, it doesn't seem. Rather, F1 might be planning to use so-called sustainable fuels that emit CO2 emissions, but have no net emissions. How can that be, you ask? Well, they could be using synthetic fuels like methane that are produced from carbon dioxide captured directly from the air, using renewable energy. In that case, the carbon emitted is equal to the carbon captured.

Formula 1 is also a giant traveling circus that goes everywhere from Australia to Mexico, leaving a massive carbon footprint. On top of that, each team has massive facilities and factories with hundreds of employees. To that end, FIA said it will use "ultra-efficient logistics and travel and 100 percent renewably powered offices, facilities and factories." At events, it will also eliminate single-use plastics, recycle all waste, and "offer every fan a greener way to reach the races," it said.

A lot of F1 fans pine for the old days of danger and raw horsepower, so F1 deserves some credit for resisting that with hybrid engines and rules that many fans don't like. Still, the sport is by no means what you'd call environmentally friendly, so it'll be interesting to see F1's final plan, which it said will roll out soon.

In this article: Carbon Neutral, F1, Formula 1, gear, Hybrid, single-use plastics, Sustainable Fuel, tomorrow, transportation
All products recommended by Engadget are selected by our editorial team, independent of our parent company. Some of our stories include affiliate links. If you buy something through one of these links, we may earn an affiliate commission.