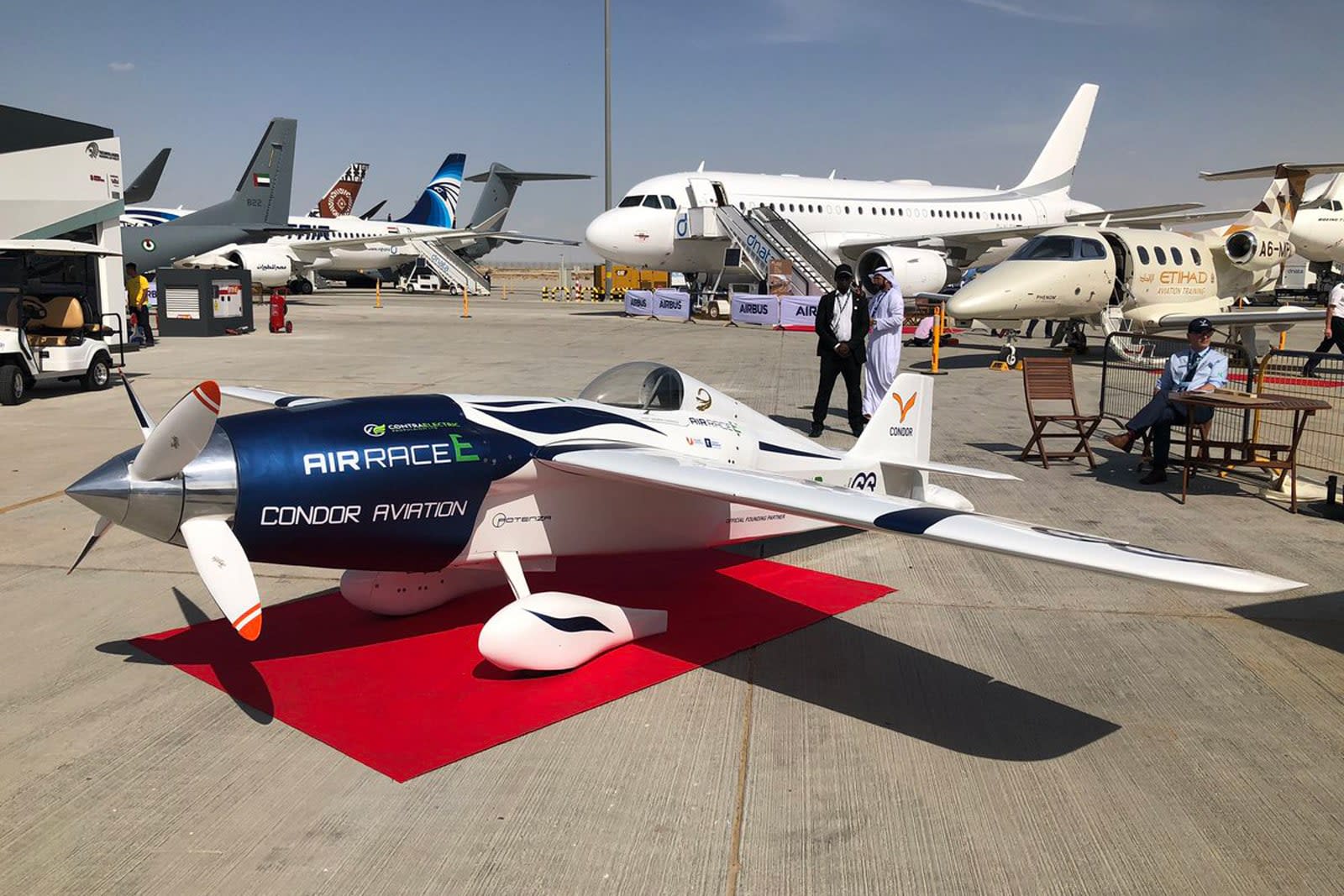 The electric aircraft seen to date have focused more on raw utility than thrill-seeking, but that's about to change very shortly. Air Race E, an air racing tournament backed by Airbus, has formally unveiled what it bills as the first electric race aircraft. The Condor Aviation-made White Lightning looks like a typical competitive single-seater, but packs an electric motor that can propel it to 300MPH while handling tight turns on a 3.1-mile circuit at just 33 feet off the ground.

The lithium battery is short-lived, to put it mildly -- the White Lightning can last for just five minutes of all-out racing, and 10 minutes of reserve flight at lower power. You won't see any endurance races with this one. Air Race E chief Jeff Walkman instead describes the airplane and the tournament as a "test bed" that will foster electric flight as a whole.

The racing tourney doesn't kick off until 2020, and some details have yet to be nailed down. Air Race E is only poised to name the eight teams for the first race later this week. It could represent a milestone for high-speed electric flight, though, and the technological discoveries made here could translate to everyday air travel in the years ahead.

In this article: air race e, air racing, airbus, aircraft, condor, condor aviation, electric aircraft, electric airplane, gear, green, racing, sports, tomorrow, transportation, white lightning
All products recommended by Engadget are selected by our editorial team, independent of our parent company. Some of our stories include affiliate links. If you buy something through one of these links, we may earn an affiliate commission.