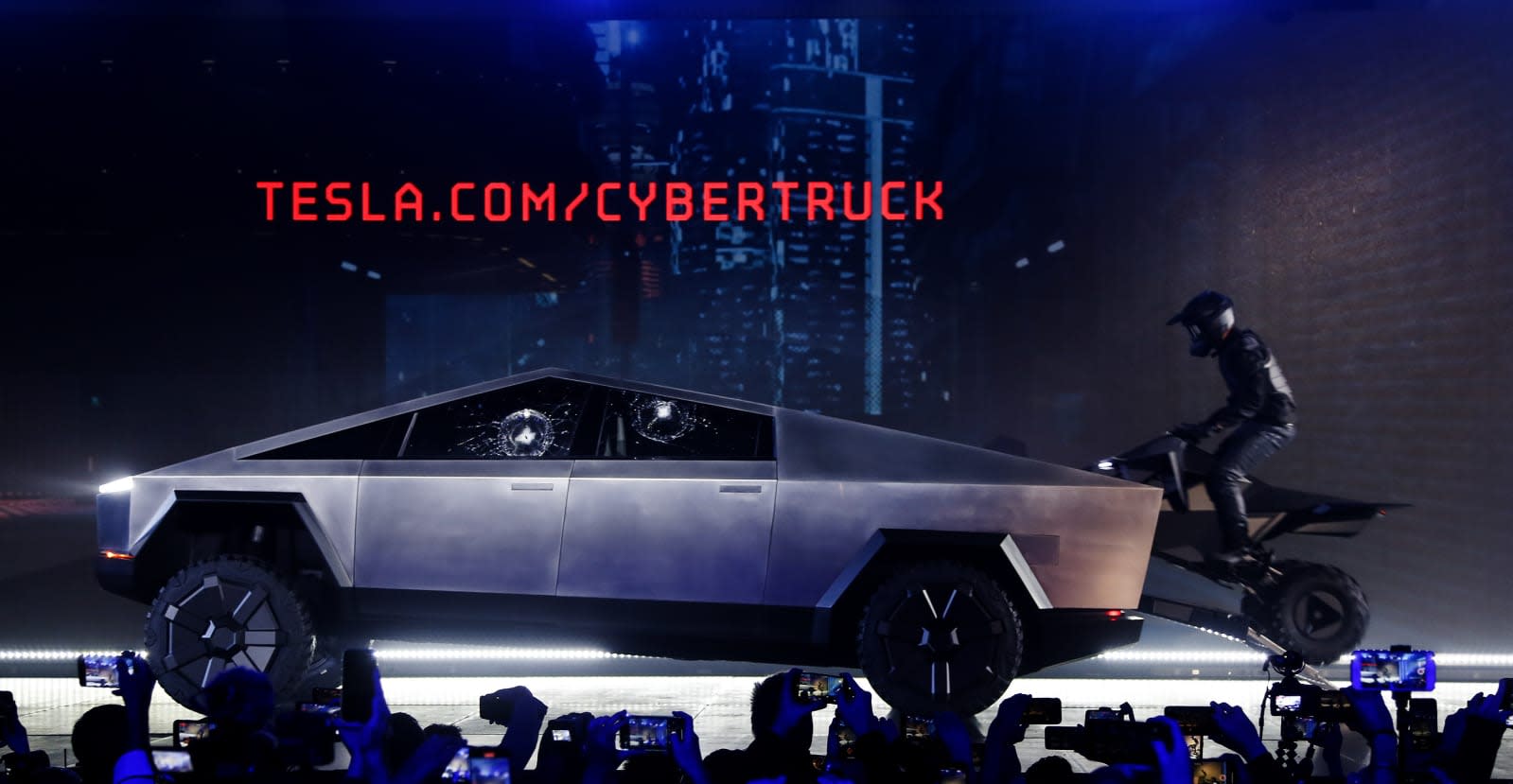 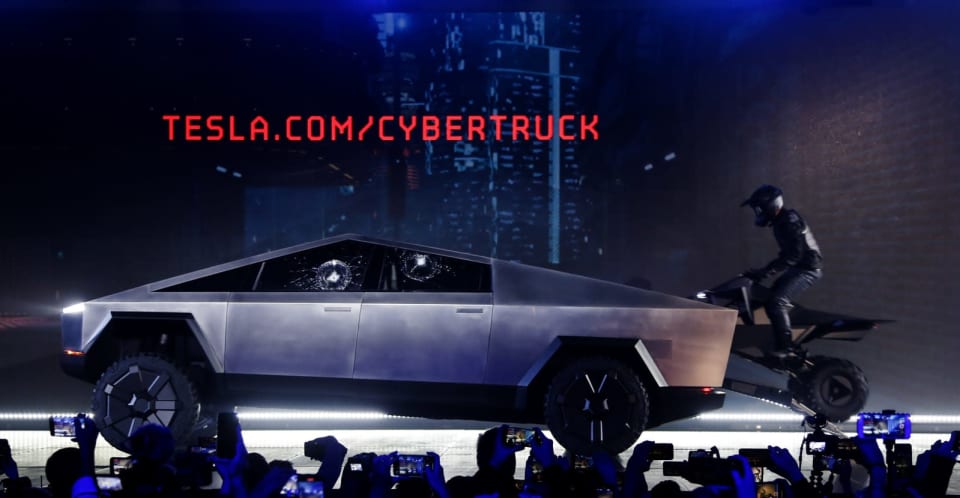 Other than unveiling Tesla's new low-polygon-count pickup, Elon Musk also introduced an electric ATV at the event last night. Dubbed the Cyberquad, Musk confirmed on Twitter today that the two-person ATV will be available "first" as an option for Cybertruck buyers. At the event, the four-wheeler rode into the back of a Cybertruck as the truck's adaptive suspension leaned back for easier loading, and then the ATV plugged in for charging right there in the bed.

We still don't know anything else about its capabilities or potential cost, but early adopters of the truck who want to go off-roading may appreciate a zero-emission recreational vehicle to go along with their purchase.

Franz throws steel ball at Cybertruck window right before launch. Guess we have some improvements to make before production haha. pic.twitter.com/eB0o4tlPoz

In this article: ATV, cyberquad, cybertruck, electric truck, electric vehicle, elon musk, ev, gear, pickup truck, tesla, transportation, truck
All products recommended by Engadget are selected by our editorial team, independent of our parent company. Some of our stories include affiliate links. If you buy something through one of these links, we may earn an affiliate commission.