Our readers on the Powerbeats Pro's best features

The highs and lows of Beats’ first true wireless earbuds, according to people who own them.

Though Beats was a little late to market with its first true wireless earbuds, this year the company debuted a set designed for a comfortable and secure fit: the Powerbeats Pro. With its over-the-ear hook construction, chunky charging case and speedy H1 chip the Pro impressed senior news editor Billy Steele, largely thanks to its solid battery life, sound quality and ambidextrous onboard controls. However, imperfections like its Lightning charger, unwieldy case, and overbearing treble kept the Pro's score to an honorable 86. Users scored the Pro more sternly and gave the Powerbeats Pro a much lower rating of 71.

One of the things on Billy's list of cons was the Powerbeats' case, and most users agreed with him. Shaman42 called it the only downside, while both Ken and Travan found it hard to transport or carry in a pocket. Parpy was more pragmatic, saying that "I agree the charging case is rather huge and annoying sometimes but it might be a necessary evil considering the amount of power it contains." Michael encouraged folks to "Get over the size of the charging case ... you can't have everything!" Nancy actually liked the case because of the "insanely smooth material that feels great in one's hand." 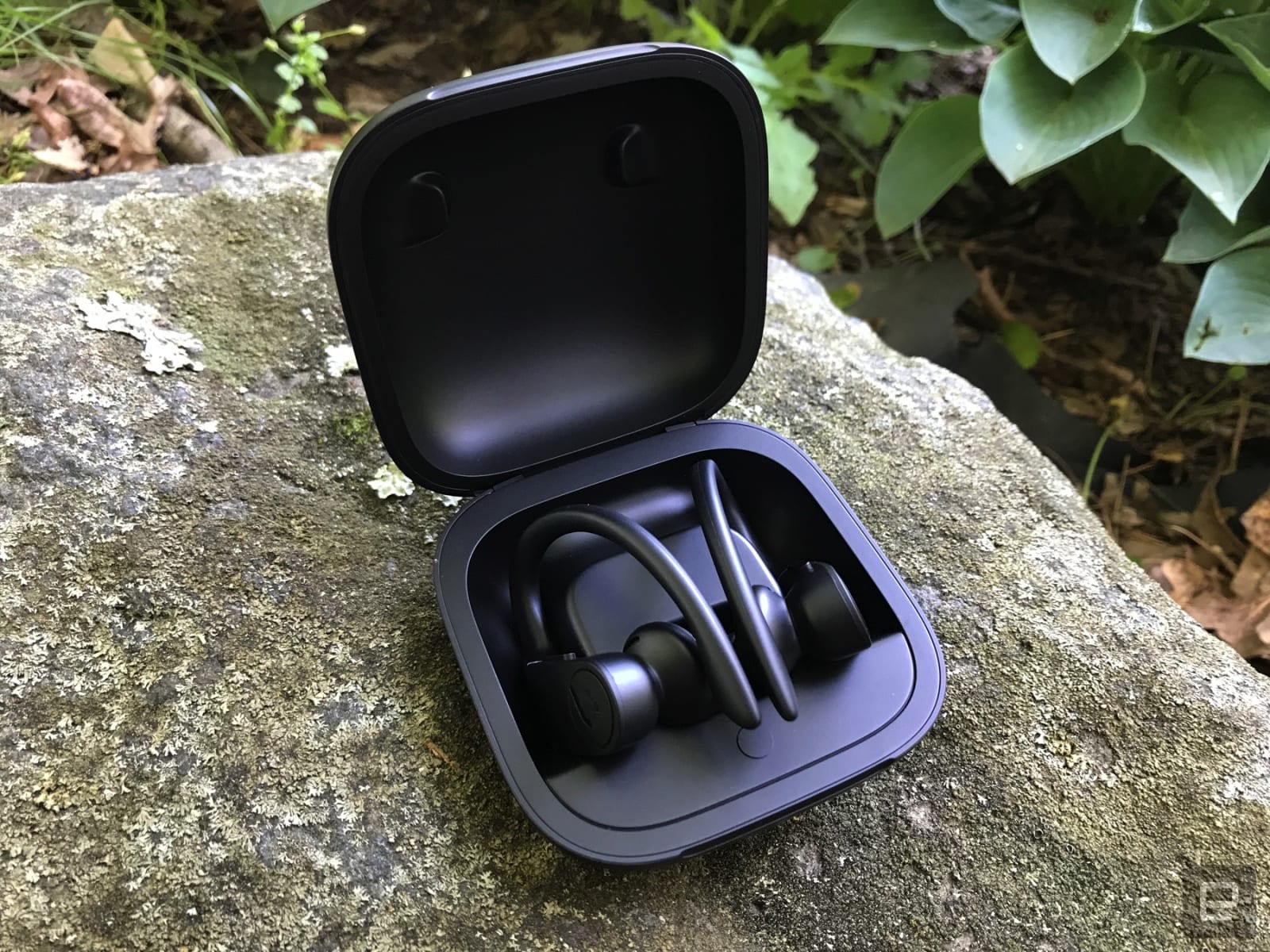 One of the advantages of the Powerbeats Pro and its large case is outstanding battery life. In normal usage, Billy was unable to drain the charge on the wireless buds. User reviewers had almost nothing negative to say about the Pro's battery life, with Ken and Michael both calling it great. Ccordes2 said the superb battery "means I hardly ever have to think about or am forced to recharge." Jaime was impressed that the "batteries actually last so long," and Nancy said the "battery life is unreal. During a 10+ hour flight I didn't even need to charge them in the case." However, Travan said they found the lack of an on/off capability led to the device discharging in pockets.

The first true wireless set in the Beats lineup, the Powerbeats Pro feature an over-the-ear hook design, which originally debuted in 2010. The hook was engineered for a secure fit and the main part of the buds is angled instead of sitting outside of the ear. This design worked well for most; Hdfanboy found them to have a comfortable fit, and both he and Parpy felt the buds stayed in place well while working out or wearing a baseball cap. Nancy, who has small and sensitive ears, says the firm fit made the Powerbeats the "best workout pair of headphones I've ever owned."

However, others had a less satisfactory experience: Jaime said the hooks only became comfortable after about a week of wear, and Jeff said that "the ball at the base and angle that they go inside the ear actually hurt after a few minutes of use." Lo felt the "posts are too short. I can barely get a good seal to experience the best possible sound. Even aftermarket ear tips suffer the same problem." 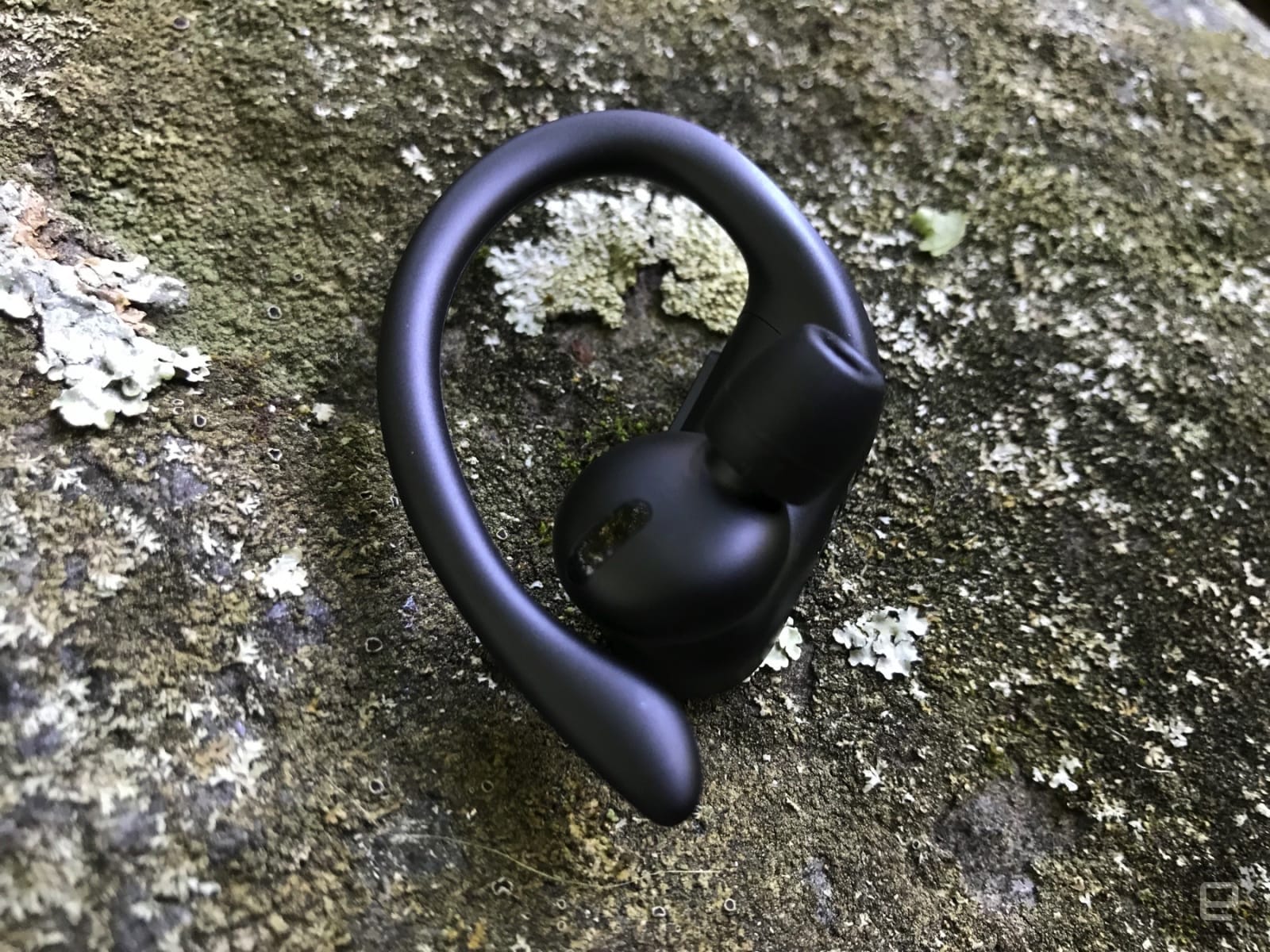 Billy called the Powerbeats Pro "the best-sounding Beats headphones yet," and users Ken and Michael agreed, saying music sounded incredible. Hdfanboy found the sound quality very good, Lo said they "sound great when I press them into my ear," and Jaime felt the Powerbeats Pro have "more powerful sound than anything." The only disappointment appeared to be the lack of noise isolation. Nancy said while cleaning her office "I picked up and moved a poster frame wrapped in bubble wrap. The person I was speaking with said it sounded like I was shaking a bag of M&Ms in his ear." Ccordes2 disagreed, saying they've received great feedback on their use for business phone calls.

One of the universally criticized features of the Powerbeats Pro was its connection. Ken encountered "too many issues with losing connectivity" and Jaime said their "only gripe is how my Samsung Note 8 handles pairing." Parpy said during their runs there had been "some signal lost but overall they work well." 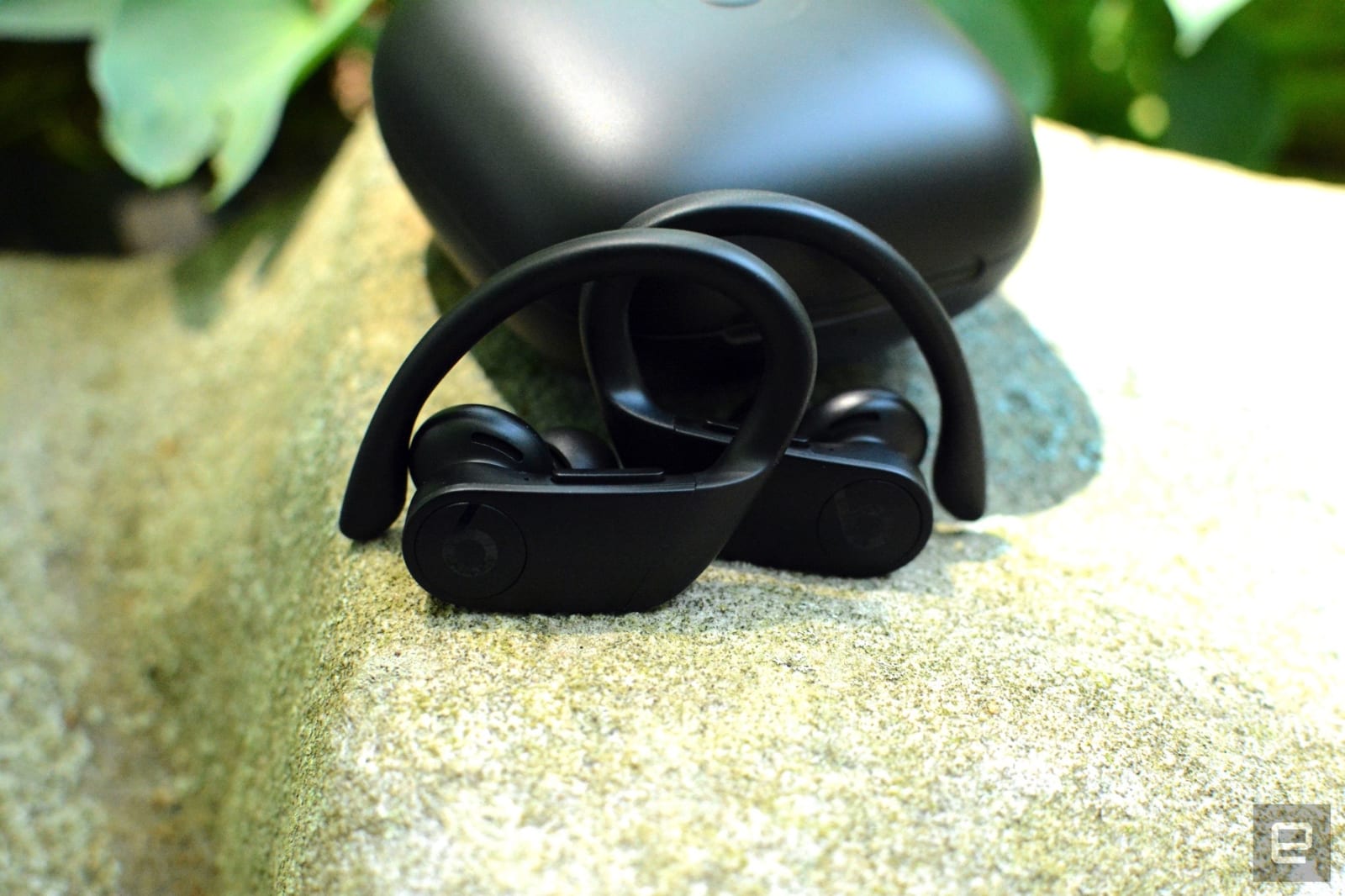 With a $250 price tag, Billy found that despite the tough competition the Powerbeats Pro held its own due to sound quality, range of features and reliability. Several users agreed that there were more positives than drawbacks about the wireless buds, including Michael who said "these headphones are awesome!" Hdfanboy, who uses the Powerbeats Pro on his daily walks also said the same thing. Ccordes2 claimed it was "by far the most well-rounded of the many units I've tried," and said they would "strongly recommend these for on-the-go professionals or workout junkies." Nancy is "constantly singing their praises," and "probably spent an average of $100 a year on headphones and earbuds" before she found the right set in the Powerbeats Pro.