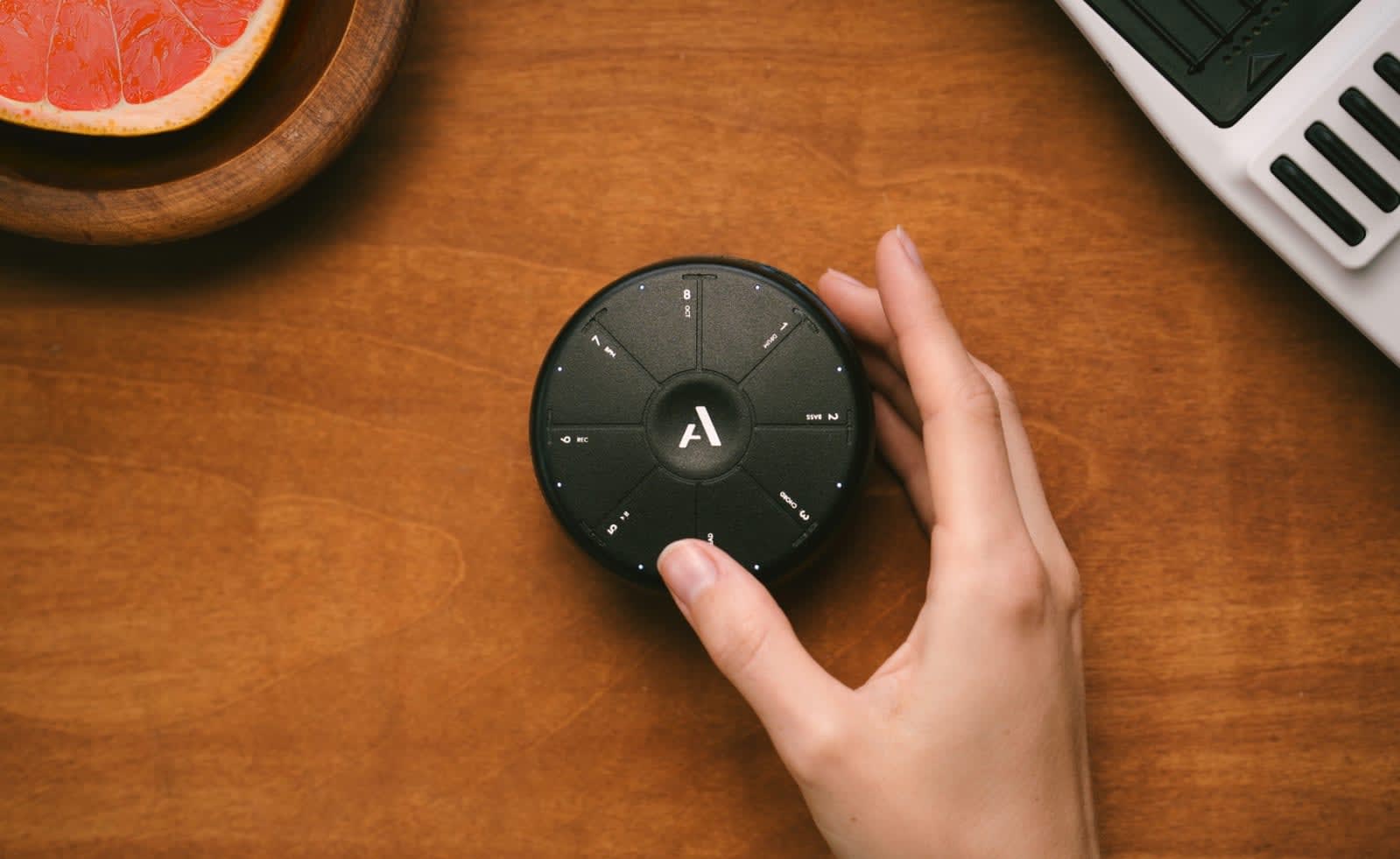 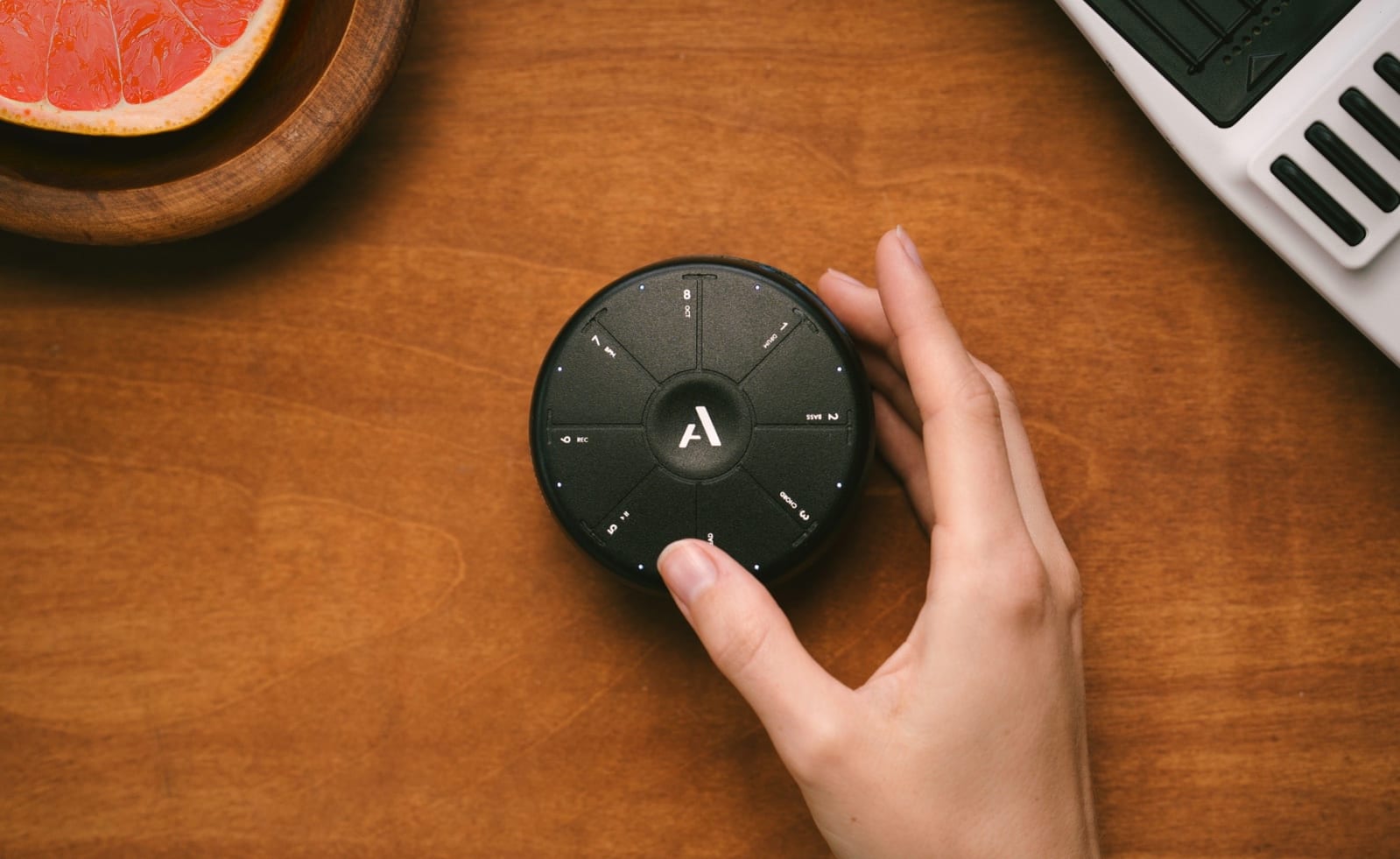 Artiphon first made a splash back in 2013 when it started showing off a rather rough prototype of a device that would eventually become the Instrument 1. By the time it hit Kickstarter in 2015 it had undergone a serious facelift. In its final version it was sleek and futuristic, with an almost minimal design. Now that company is back with it's second product, the Orba, and it takes many of the core concepts of the Instrument 1 to their logical extremes.

Part of the appeal of the Instrument 1 was that you didn't need to be world class musician to coax exciting and varied sounds out it. It was incredibly beginner friendly and, as we said way back in 2015 it "crams most of the music store in one gadget." The Orba similarly focuses on being approachable and malleable. It's a synthesizer, looper and MIDI controller that fits in the palm of your hand. It even has built in speakers so it's, more or less, completely self contained.

And, while you could tap, strum or slide around the Instrument 1, the Orba takes things a step further. You can tap out drums on its eight touch-sensitive pads on top, or slide around them to get a searing lead line. Or, thanks to the gyroscope and accelerometer you can shake it to add some maracas, or strum the air to add guitar chords. (The last one is, admittedly a little ridiculous looking.) You can even add effects by turning the whole thing in your hand. It basically makes you look like you're playing a really fancy Bop It. And while there are no strings or moving parts, there is haptic feedback builtin to keep things from feeling to sterile.

Artiphon doesn't just want the Orba to be a noisemaker though. There's a looper built in for assembling simple songs. And then you can even share those tracks directly on social media. Or, if you want to take things further, you can export them add more flourishes in your music making software of choice like Ableton or Bitwig.

Visually the Orba is surprisingly minimal. It looks sort of like a tiny tongue drum, or a strange black citrus fruit. Its a simple half-sphere with touch sensitive pads on top and just a handful of buttons and ports on the side. There is a headphone out jack, as well as a USB-C port, the latter of which can be used for charging or MIDI. Though, it also supports MIDI over Bluetooth.

The Orba is currently available on Kickstarter for $89 and is expected to ship in April of 2020.

In this article: art, artiphon, artiphon orba, av, CrowdFunding, design, gadgetry, gadgets, gear, instrument 1, kickstarter, looper, midi, music, musical instrument, orba, synth, synthesizer
All products recommended by Engadget are selected by our editorial team, independent of our parent company. Some of our stories include affiliate links. If you buy something through one of these links, we may earn an affiliate commission.