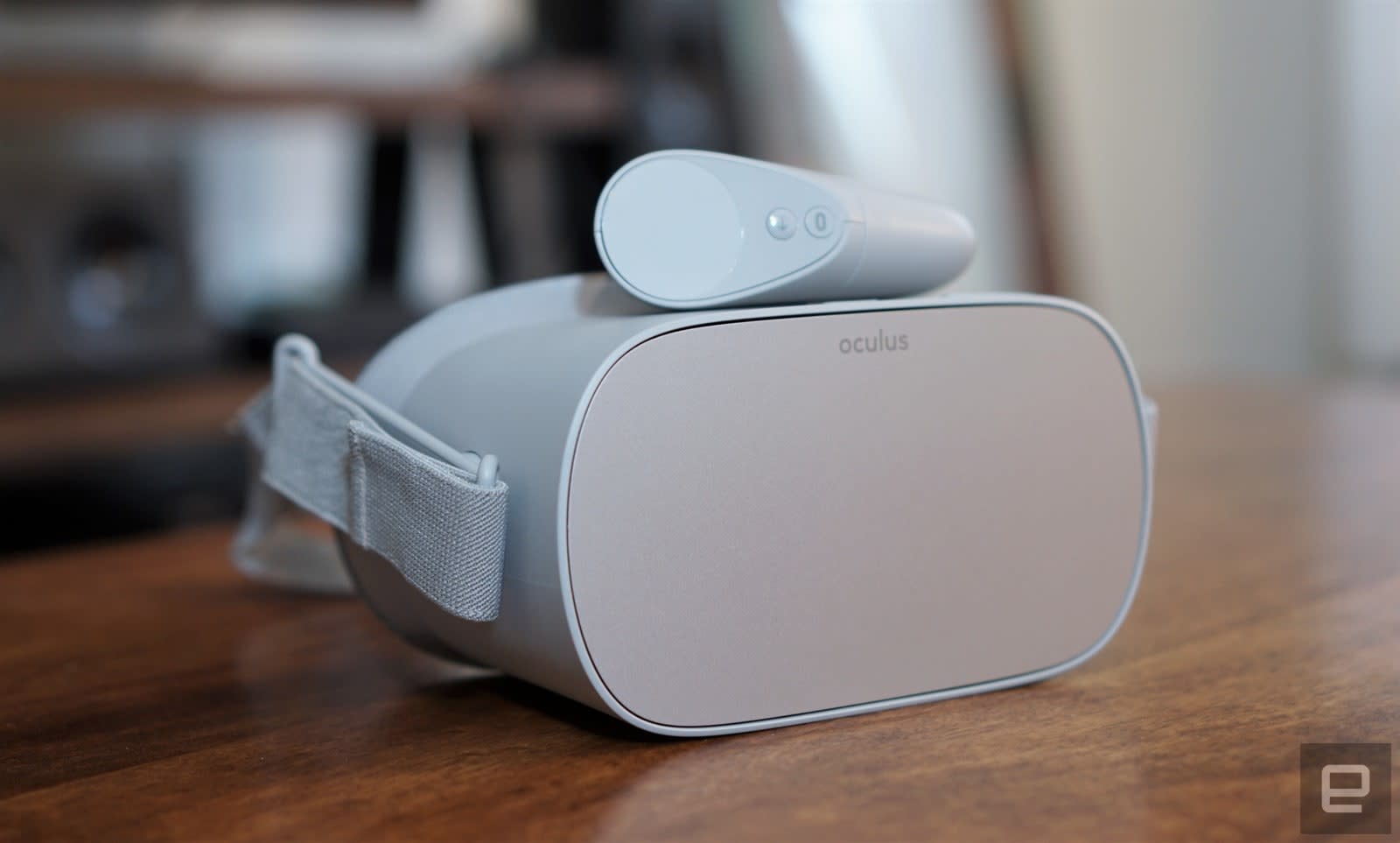 You're looking at one of the most affordable ways to immerse yourself in stand-alone VR. Amazon is selling the 32GB Oculus Go headset for $150, down from the usual $199, as part of its Black Friday sales. There have been substantial discounts before (the Go dropped to $159 in a flash sale this summer), but this is steeper than usual.

The Go has its limitations. It can track your head movements, but it doesn't have the body-tracking six degrees of freedom you'll find in the Oculus Quest and many PC VR headsets. At this price, however, it's an easy pick for simpler VR games, apps and 360-degree video. For that matter, it's helpful if you just want to catch up on shows without using the TV or disturbing anyone else -- it's effectively a private theater. It's a solid bargain as long as you set your expectations accordingly.

In this article: black friday, blackfriday2019, engadgetdeals, facebook, gaming, gear, hgg2019, oculus, oculus go, thebuyersguide, virtual reality, vr, wearables
All products recommended by Engadget are selected by our editorial team, independent of our parent company. Some of our stories include affiliate links. If you buy something through one of these links, we may earn an affiliate commission.