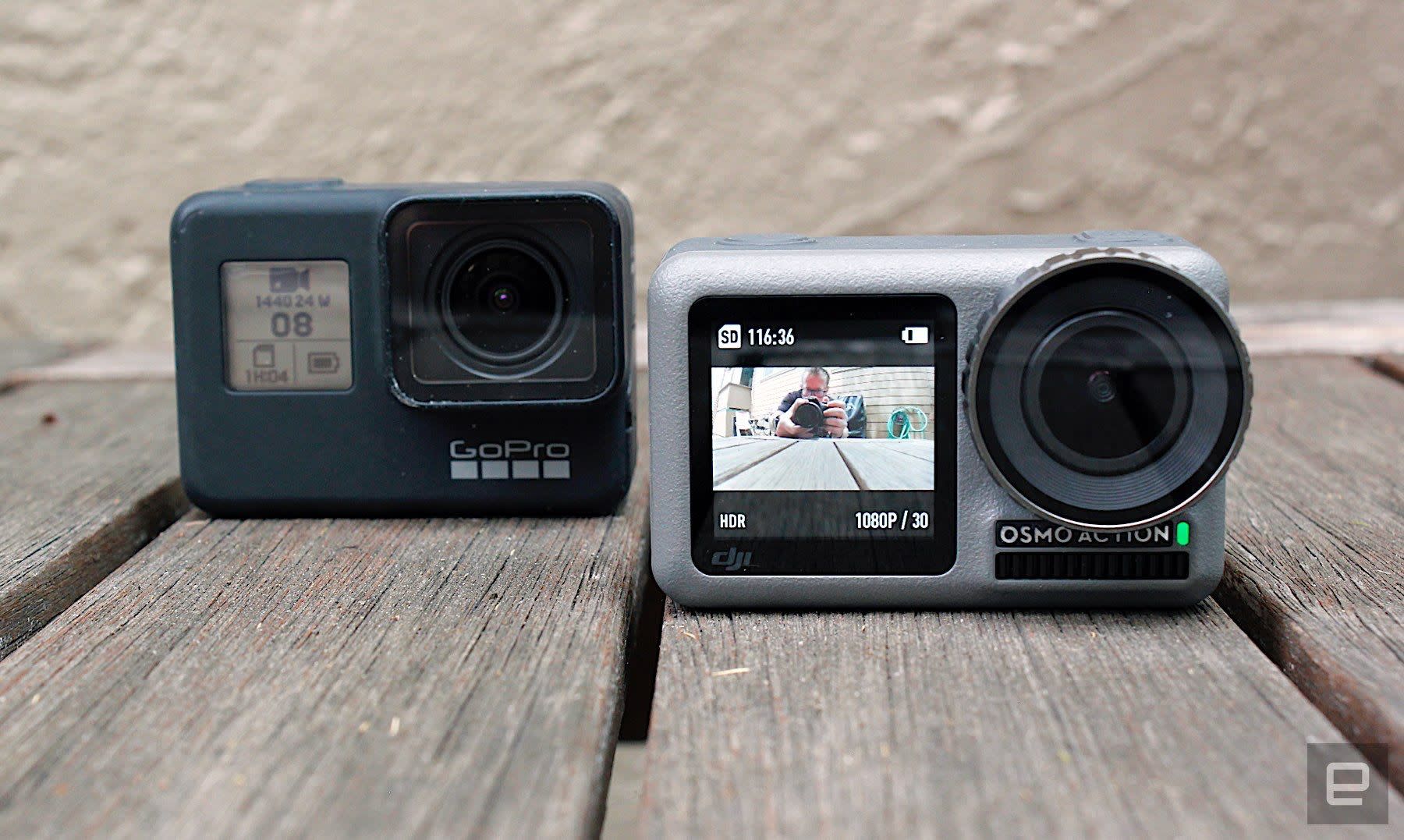 We called DJI's Osmo Action 4K camera "a worthy rival" to GoPro's Hero 7 Black, missing only a few options like a GPS, editing and social features. The action cam is available today exclusively for Engadget readers on Cyber Monday at Wellbots at its cheapest price yet.

For that, you get features like 4K video at 60 fps, HDR (a feature missing on the Hero 7 Black), 12-megapixel photos and very effective electronic stabilization. What's more, the Osmo Action 4K has similar resolutions and quality to the camera on DJI's Mavic drone, so it's easy to match up both cameras on the same project.

If you're looking for a gimbal instead, Wellbots has another good deal. You can grab DJI's Ronin-S (a larger and more rugged version of the Ronin-SC) for $629 instead of $749, a $120 discount. And by adding ENGADGETCAM code at discount, you'll again get another $30, bringing the price down to $599. DJI's popular gimbals aren't marked down this much very often, so if you're in the market, today's the day.

In this article: 4K, Action Camera, cameras, cybermonday2019, DJI, DJI Osmo Action, engadgetdeals, gear, HDR, hgg2019, Ronin-S, thebuyersguide, Wellbots
All products recommended by Engadget are selected by our editorial team, independent of our parent company. Some of our stories include affiliate links. If you buy something through one of these links, we may earn an affiliate commission.