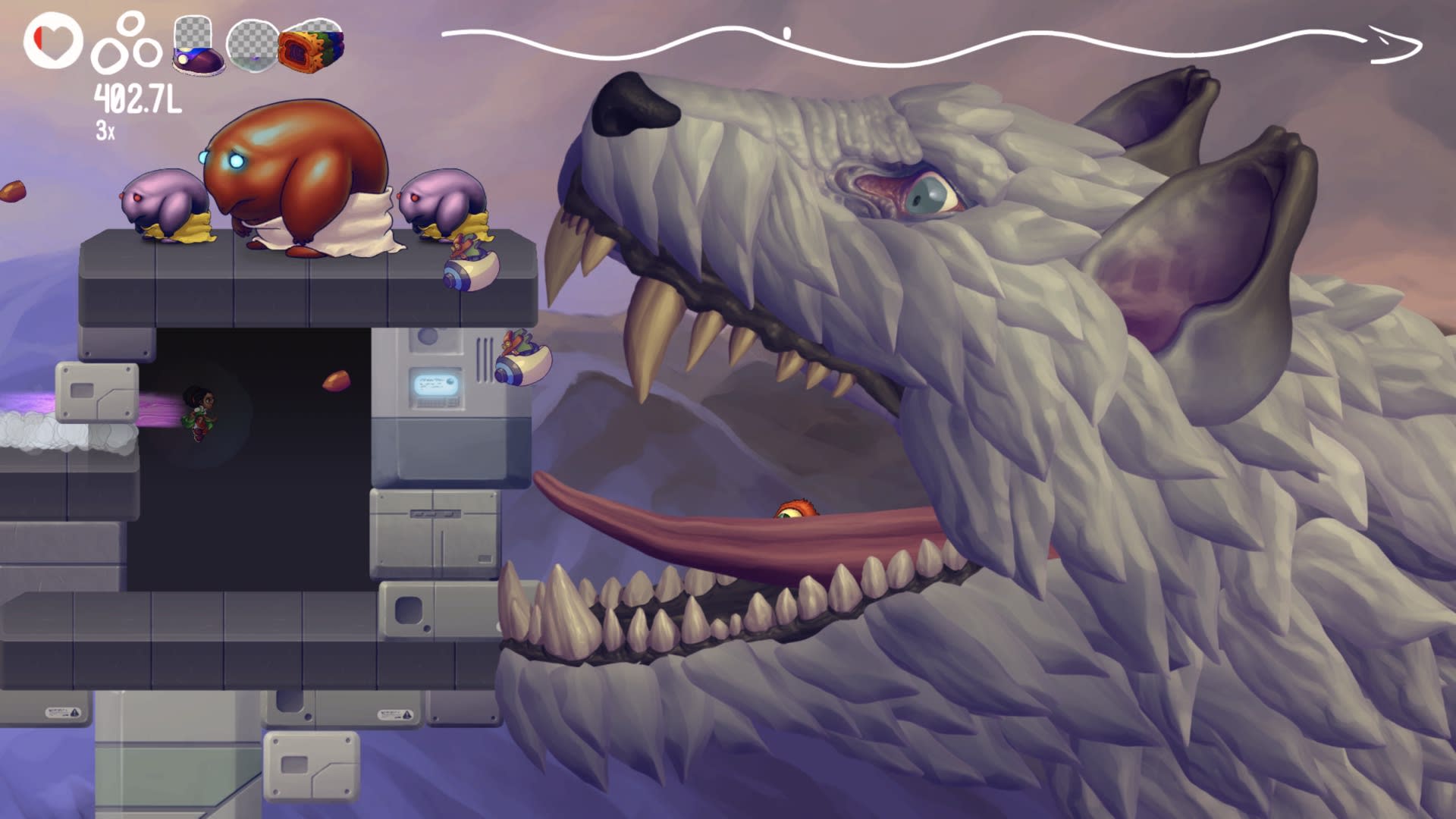 EarthNight made waves when it was revealed at in 2015. The endless runner mixes hand-drawn visuals with catchy chiptune music and old-school sound effects, resulting in a game that could please both today's mobile-first gamers as well as those who grew up in the 2D era. And of course, there are giant dragons. After four years of waiting, the game is finally hitting consoles and computers today.

EarthNight's gameplay revolves around two characters -- Sydney and Stanley -- who have different abilities. Sydney can double-jump, for example, while Stanley can use a sword. The player has to run from end to end of a dragon, navigating its swirling body until finding its weak spot and attacking its core.

"It has all the trappings of a sleeper hit: It's gorgeous, unique and whimsical, and it feels fresh even as it embodies the nostalgia of classic platformers," said Engadget's Jessica Conditt in her extensive preview.

You can pick up EarthNight today for $14.99 on the Nintendo Switch eShop, PC and Mac via Steam, and iOS. A Playstation 4 version will be available shortly, according to game studio Cleaversoft.

In this article: apple arcade, av, chiptunes, Cleaversoft, EarthNight, games, gaming, ios, nintendo, nintendo switch, steam
All products recommended by Engadget are selected by our editorial team, independent of our parent company. Some of our stories include affiliate links. If you buy something through one of these links, we may earn an affiliate commission.