It feels like 8BitDo can barely let a month slip by without offering a new Nintendo Switch controller. This time around, it's putting its keychain-sized Zero 2 up for pre-order.

The adorably tiny controller looks a bit like a smaller version of the Lite for Switch peripheral 8BitDo revealed a couple of months ago. Zero 2 doesn't include thumbsticks or triggers (though it does have L and R buttons), so you won't really be able to play Fortnite with it.

The controller will probably work well with 2D games, such as Super Mario Maker 2 and the NES and SNES libraries available to Switch Online subscribers. If you happen to pick up a couple of these and have a few friends with you, you might even be able to use your Zero 2s and Joy-Cons wherever you are for impromptu four-player Mario Kart 8 races.

Zero 2 should be good for up to eight hours of playtime on a single charge, though it doesn't include motion controls or vibration -- it'd be kinda hard to squeeze all the necessary hardware for those into such a small body. Like many of 8BitDo's other peripherals, Zero 2 also works with Android, PC and macOS.

The controller has actually been a long time coming. 8BitDo unveiled a different version with motion controls at E3 2018 and had planned to release it last year. Nonetheless, pre-orders for Zero 2 are now open at Amazon and the controller will ship December 31st. It's available in pink, yellow and turquoise and costs $19.99. 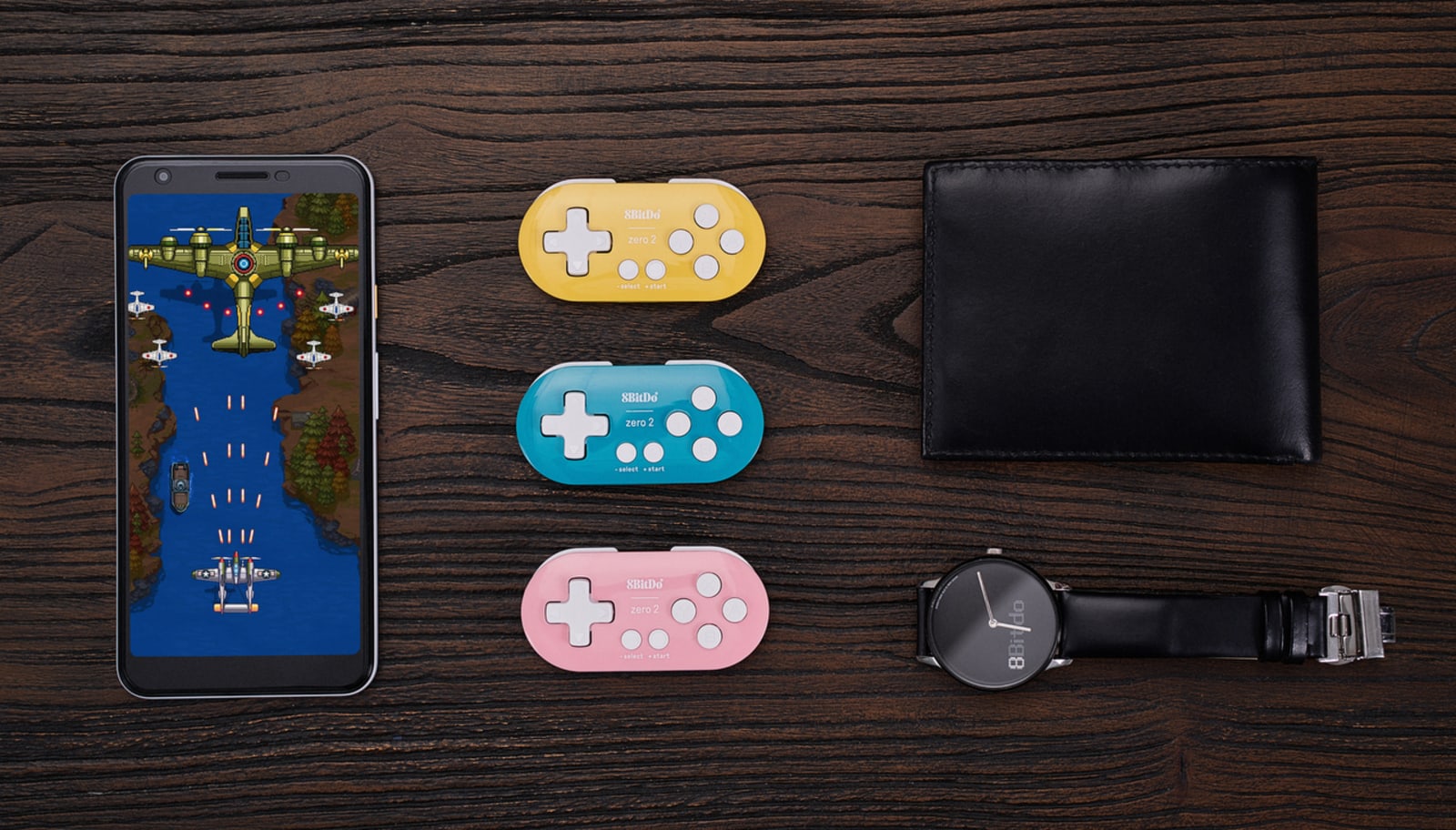