There are three things you need to know. One, Amazon is building an open-world MMO called New World. Two, New World is set in a supernatural, 17th century environment filled with bears, spears, bows and arrows, and legions of undead creatures desperate to remove you from their land. And three, New World is due to hit PCs in May 2020.

New World is Amazon's first MMO, and it's been in development for more than three years. It features a classless progression system, crafting, the ability to team up or play solo, and battles of up to 100 players and paranormal NPCs at a time. 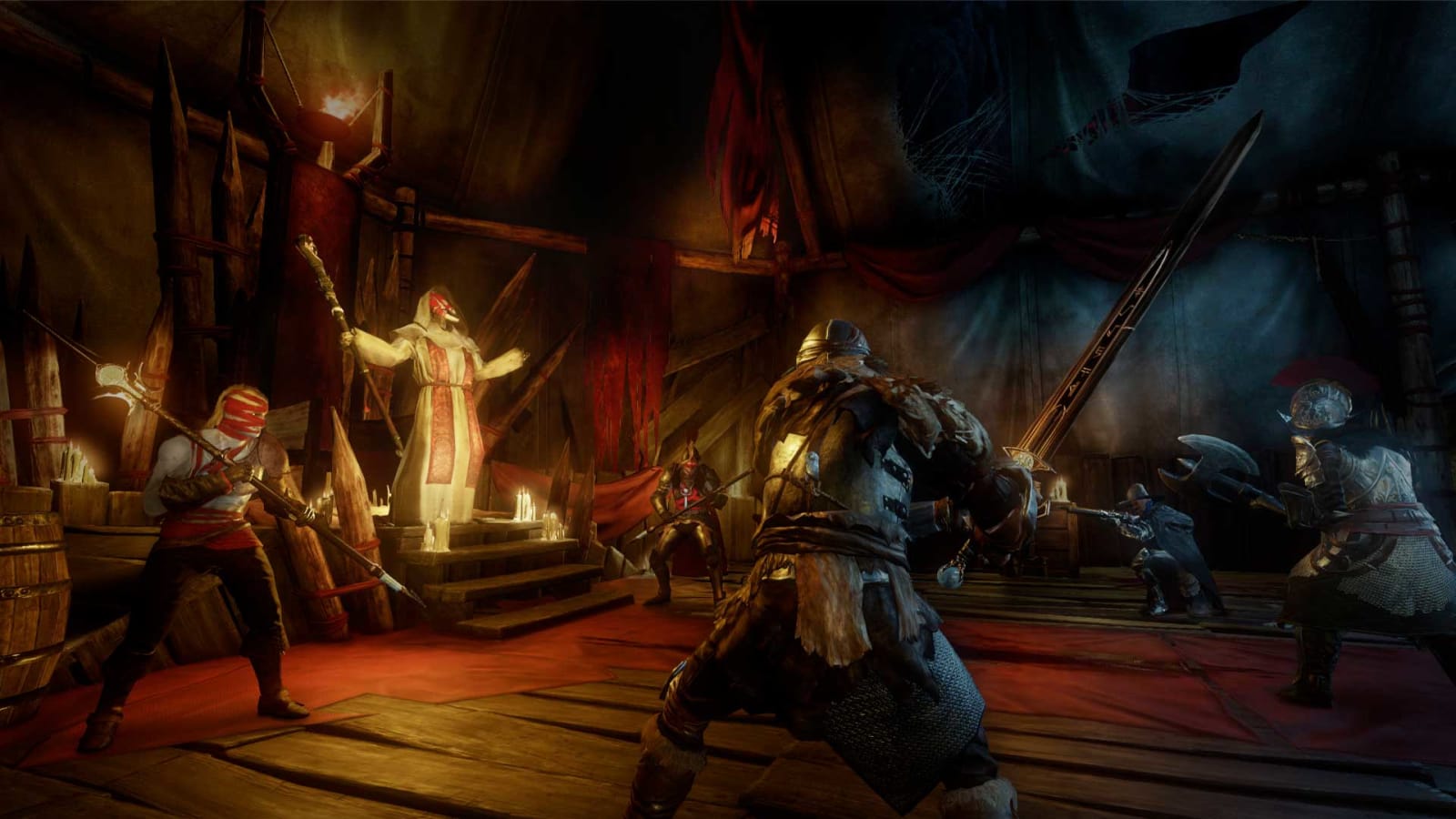 Of course, a game about people violently sieging a foreign land in the 1600s has raised eyebrows. Its core idea seems to be based on real-life European imperialism, with undead creatures as a stand-in for indigenous peoples. In response to this perspective, Amazon Games studio head Patrick Gilmore told Polygon in February, "That's not really been a focus at all. The lore of the game is that there's a tainted aspect to this world, that it's a garden of Eden that has fallen from grace." In-game, the undead are former settlers who've been corrupted by the island, Aeternum, itself.

Before launch, Amazon will hold a closed beta for New World in April 2020. Those who pre-order will get access to the beta, plus a handful of in-game items.